The Bayer Exhibitor Forum focused on responsible food production and the main challenges facing the fresh produce sector along the path to a more sustainable future.

During the recent Bayer Exhibitor Forum, held at Fruit Logistica, Berlin, Frank Terhorst, head of crop strategy and portfolio manager at Bayer Crop Science, stated that innovation and digitalisation are the company´s key pillars for sustainable production. Bayer’s mission is to deliver world-class innovation as a pioneer in digital transformation and setting new standards of sustainability through tailored solutions. Among the firm’s sustainability commitments, the most outstanding ones are: reducing field greenhouse gas emissions by 30%, decreasing the environmental impact of crop protection by 30%, and empowering smallholder farmers to access sustainable agricultural solutions. With a firm commitment to the fresh produce sector, Bayer is dedicated to developing innovative solutions for horticulture production, driving digitally enabled tailored solutions for farms, and further enhancing food chain activities beyond the farm. “The Food Chain Partnership business model provides sustainable crop solutions to growers worldwide,” said Terhorst.

An eye on the future

One of the biggest challenges on the global scale is the constantly growing demand for food due to the increasing population, which places a huge pressure on the planetary ecosystem. Hunger, malnutrition, obesity and diabetes are also playing important roles. As a potential solution, Ernst van den Ende, managing director of the Plant Sciences Group at the Wageningen University in the Netherlands, proposes a second “green revolution”, which brings new diets supported by healthy lifestyle principles, along with environmental care, good agricultural practices, and nutritional crops, but also with more severe parameters for food safety and ecology.

Nowadays, farm fields are one of the biggest contributors of CO2, after the coal and gas industries. That is why Dutch science journalist Hidde Boersma thinks it is necessary to use less surface area for agricultural purposes while producing more. “We should return land to nature,” said Boersma, who argues for a form of ecomodernism based on the belief that intensive agriculture, large-scale urbanisation, and investments in high-tech clean energy are the best ways to become a prosperous green planet. 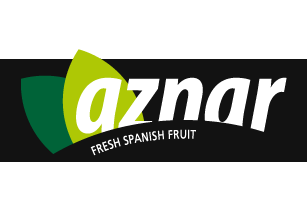 The Spanish company Aznar Fruits, a citrus producer, has adapted the full extent of its production to Bayer’s Food Chain programme of healthy, safe and sustainable production. One of the initiatives carried out in this vein is pest monitoring, by which the fields are examined and when a particular pest is detected, a timely treatment is applied only to the affected area but not widely, fostering more sustainable production from an environmental point of view and one that is healthier for consumption.

However, this is not the only challenge this company from Almeria has taken on for this campaign; it has renewed the tractors on all of the farms and purchased new equipment to implement more effective kinds of treatment. They are also immersed in studying late clementine varieties to introduce them, though they are waiting to see what happens with the various patents.

Furthermore, as Gregorio Aznar, manager of Aznar Fruits, points out: “Some of the goals for this campaign involved obtaining the GRASP certification, which we have already obtained, and continuing in the second half of the season with the same quality we’ve had so far, which has enabled us to cope quite well with a campaign that at first threatened big uncertainties due to international tensions that tend to affect the markets.”

In addition to the GRASP certification and being in Bayer’s Food Chain programme, Aznar Fruits also has the Global-Gasp and IFS Food certifications for export and storage.

In terms of production, Gregorio Aznar says they expect to harvest 4,000 tons of lemons, 4,500 t of oranges and 3,500 t of clementines, which would mean about a 20% drop in oranges and clementines, and 5% in lemons “because last season was exceptional, well above average, and the trees were under a lot of pressure, so as a result this year the production is lower.”

Moreover, in a campaign in which the sanctions imposed by Russia against imports of various products from Europe, including citrus, are influencing the sector, “we are interested in expanding into Middle Eastern markets like Dubai or India, among others, and now with the Russian embargo the European markets are more saturated.” 95% of Aznar Fruits’ production is for export and its main export markets are Germany and Italy, though they reach all of Europe.

Category: Uncategorized
Tags: Aznar Fruits, Bayer Food Chain programme, citrus production
We use cookies on our website to give you the most relevant experience by remembering your preferences and repeat visits. By clicking “Accept All”, you consent to the use of ALL the cookies. However, you may visit "Cookie Settings" to provide a controlled consent.
Cookie SettingsAccept All
Manage consent