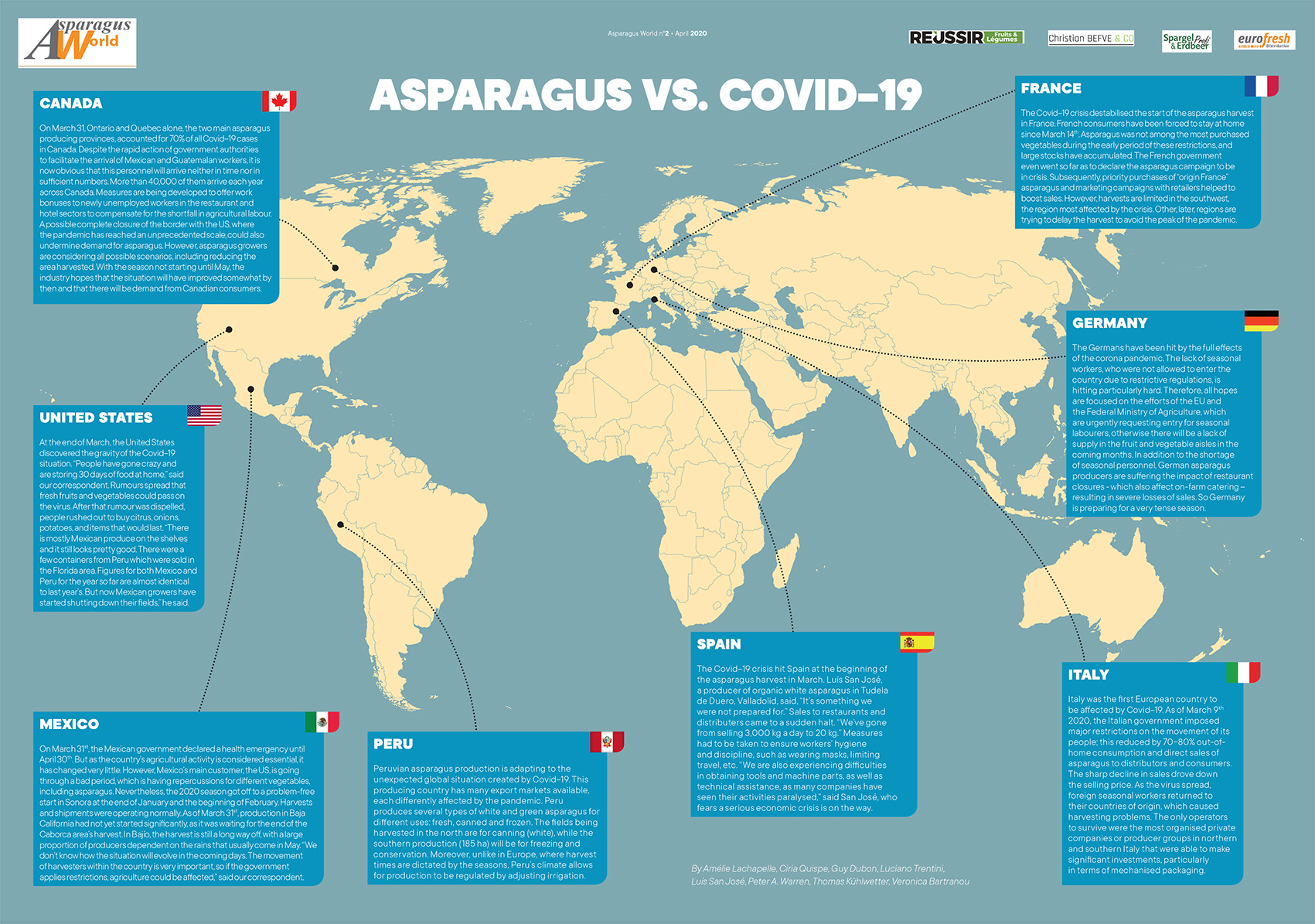 As is the case with strawberries, the asparagus campaign has begun just as the Coronavirus epidemic is spreading across the world. Asparagus is being hit by the pandemic wherever it is grown on the planet. An update on eight of the main producer countries. 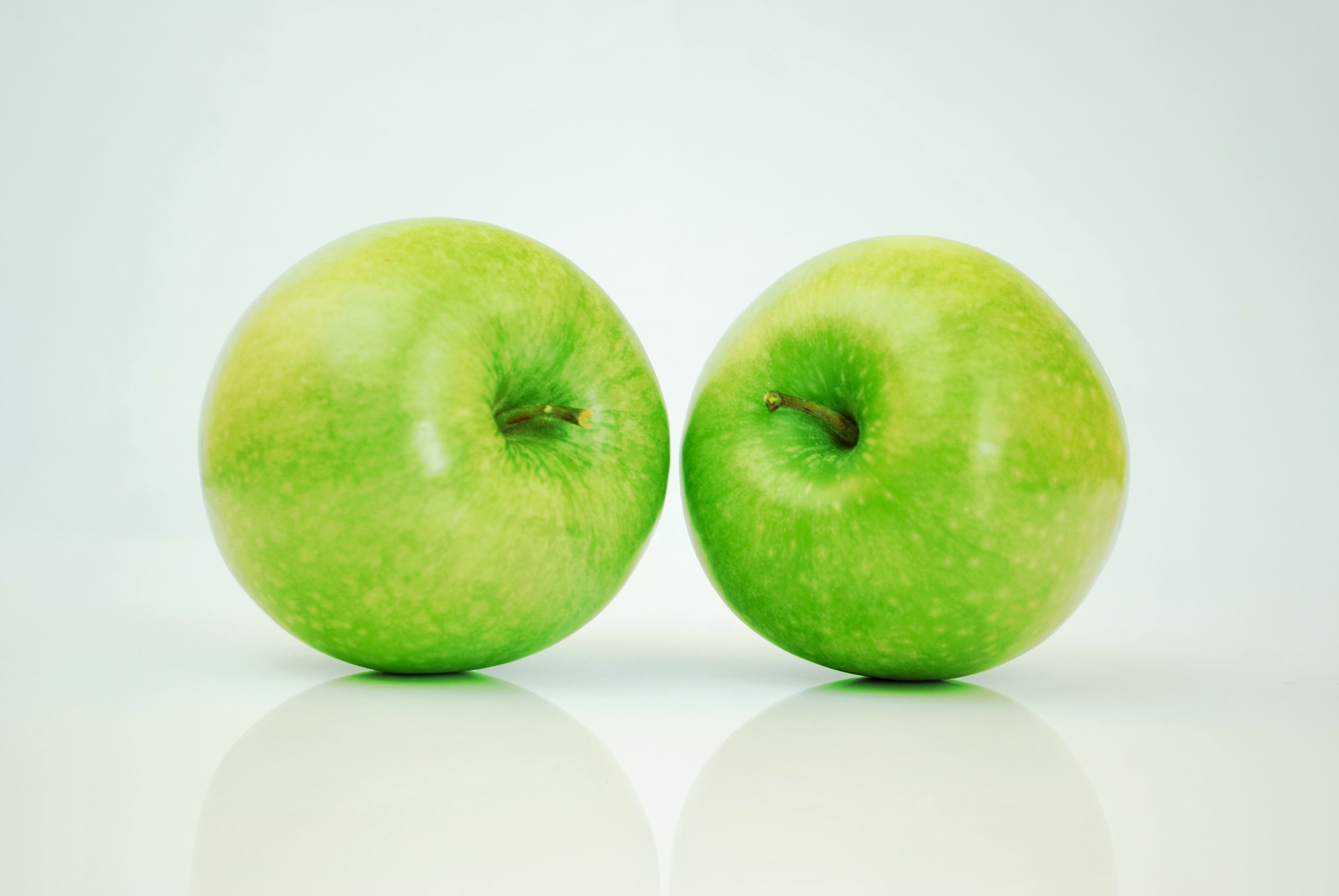 Apples were the focus of our regular Around the World section in the latest edition of Eurofresh Distribution magazine.

Here is that page as it appeared in issue 146. Read more from that magazine online here. 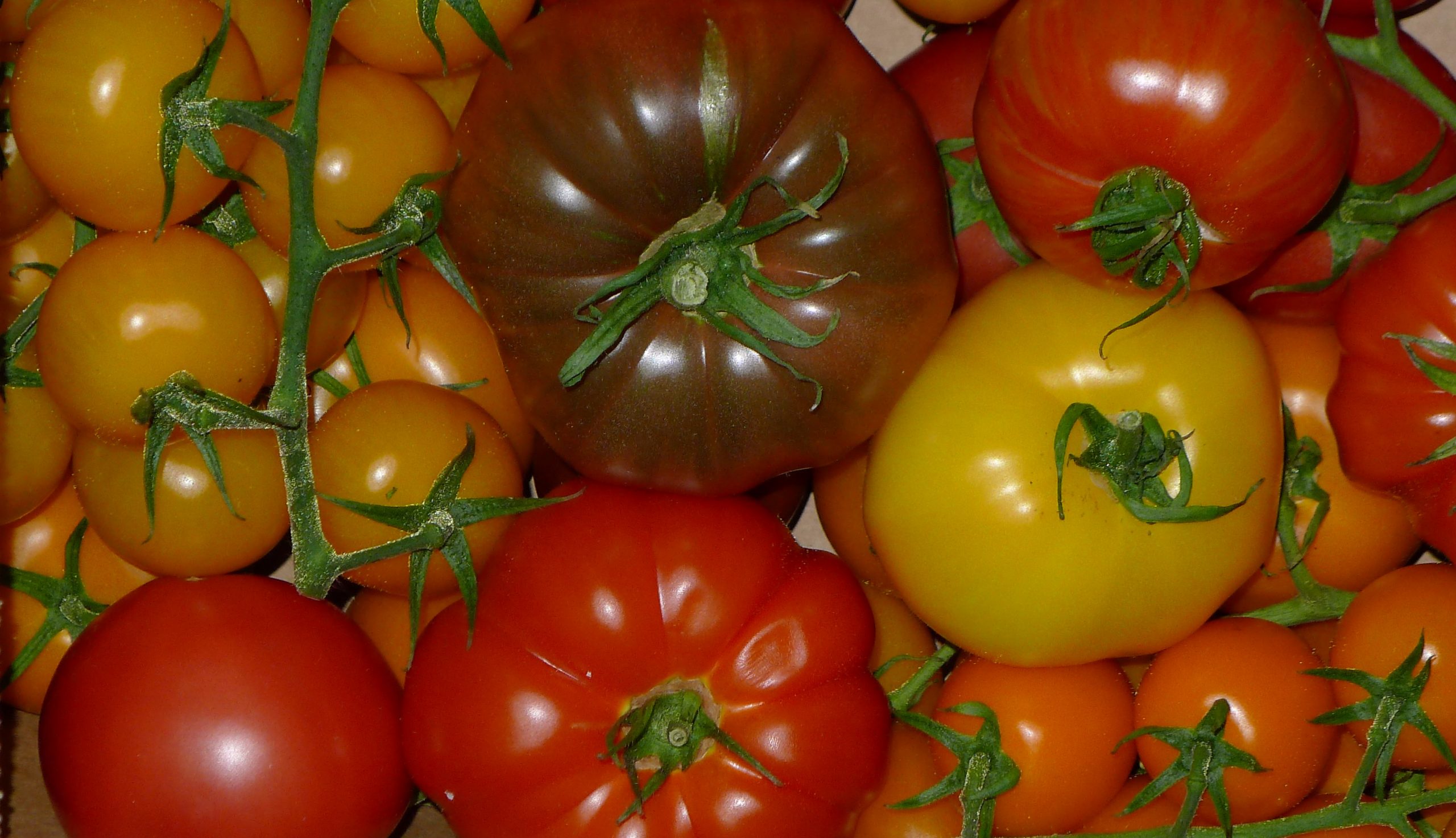 The tomato category is the world’s largest vegetable category, representing 16%. It is also a very fast growing category with an increase in production of 49% between 2000 and 2013.

Global tomato production is currently around 130 million tons, of which 88 million are destined for the fresh market and 42 million are processed. The top 5 largest tomato producers are: China, EU, India, US and Turkey. They account for 70% of global production.

Per capita consumption in Germany has been stable around 25 kg over the last 10 years; rather remarkable in comparison to other European countries (in decline). “The tomato is the most important produce category,” said Johannes von Eerde, tomato manager at Rewe. Over the years, Rewe has seen a shift from vine tomatoes to smaller tomatoes. The share of vine tomatoes fell from 59% to 40% between 2007 y 2012, due to the development of smaller varieties of Roma, cocktail and cherry types.

Mexico is the world’s largest tomato exporter with over 1.5 million tons. Indeed, over half (52%) of the tomatoes consumed in the US come from Mexico. Benefits include a continuous supply during winter and low labour costs. Since 2005, the cultivation area has almost tripled, reaching more than 12,000 hectares in 2015. About 80% of investments focus on export to the US.

China produced an impressive 40.5 million tons of tomatoes in 2014, representing almost a third of global production. Almost all of Chinese tomato production is for domestic use. About 1.5% (still 597,000 tons) is exported, of which over 60% is destined for Russia. In terms of exports, China ranks 8th, behind the US.

North Africa is becoming an increasingly important exporter to the EU. Morocco is the leader, having doubled its tomato export volume to the EU over the last 10 years to 387,000 tons in 2014. Overall tomato exports from Morocco came to 485,373 tons in 2014, making the country the 4th largest tomato exporter. Other North African producers are gaining in importance, like Tunisia (960,000 tons produced, 10,000 exported) and Senegal (13,000 tons).

In Sweden, the tomato is amongst the most popular vegetables with an average annual per capita consumption of around 10 kg, 84% of which is imported for €120 million. However, only 13,000 tons are produced domestically, the remainder being imported. Annually, this amounts to around 80,000 tons of imports. Other Nordic countries also import the bulk of the tomatoes they consume. In 2014, Denmark imported 39,391 tons and Norway bought 23,980, some of it re-exported to Russia.

The Middle Eastern countries Turkey and Jordan have secured their places at the top of the world’s tomato exporting countries. Volume-wise, they followed frontrunner Mexico and in 2014 they exported 579,780 tons and 517,176 tons respectively. Over 60% of Turkey’s tomato exports are destined for Russia, while Jordan exports 98% of its tomatoes to the Middle East.

The US is the world’s largest tomato importer, though internal production accounts for about 40% of their need for tomatoes. The remainder is imported, mostly from Mexico and to a much lesser extent from Canada. Per capita consumption of fresh tomatoes is stable at 9.5 kg, accounting for only 25% of their total tomato consumption, most being processed as sauces, juice and tomato paste.

France ranks amongst Europe’s largest tomato-producing countries, with estimated production of 614,165 tons in 2016. The tomatoes are produced on 2,298 hectares either sheltered or in open fields. Most is produced in glasshouses (599,600 tons), seeing an increase of 6%. Brittany is the largest production region, accounting for 36%. In 2014, France exported some 252,000 tons; with its export destinations including Germany, Belgium, the Netherlands, Poland and Italy. 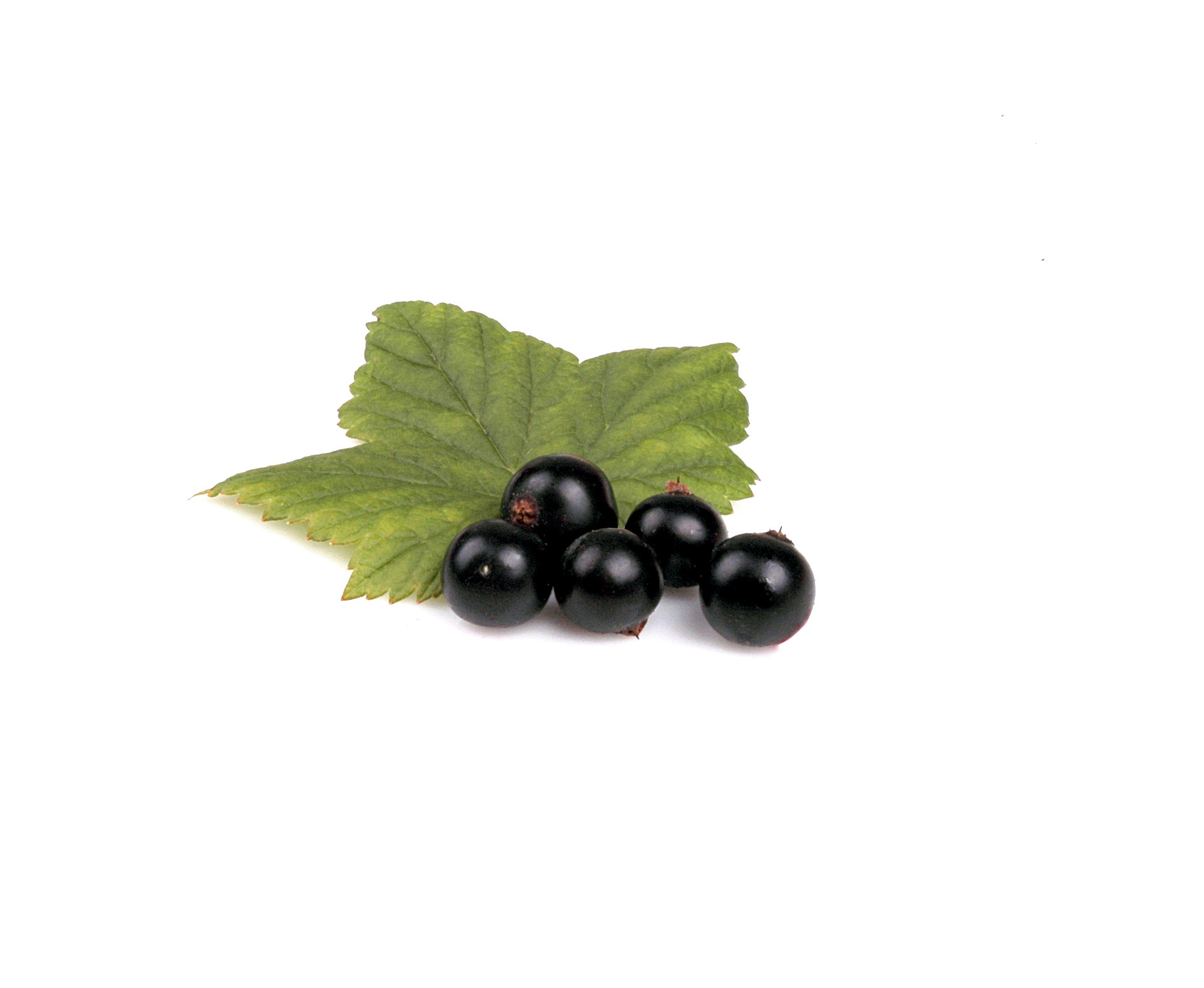 These berries are grown commercially in 21 countries but over 90% of global production occurs in Europe, mainly Poland.

The world commodity production averages around 180,000 tons. Two-thirds of the crop is processed into concentrated juice. Other markets include fresh and frozen fruit and blackcurrant-based extracts and ingredients for the agrifood industry, medicinal and food supplement uses and the perfumery industry.

Production in most of the main commercial growing countries is stable or falling slightly. The EU’s Minor Uses Fund improves access to pesticides. New cultivars are higher-yielding and allow mechanical harvesting. Organic production is on the increase in many countries.

The sector is plagued by recurrent overproduction and rollercoaster pricing, particularly in fruit for concentrated juice processing, but new product breakthroughs such as sports powders and health foods are likely to bring an upturn in demand and prices.

Blackcurrants have a high vitamin C and anthocyanin content and antioxidant capacity and recent research has also pointed to a role in digestive and visual health and in inhibiting or reducing the effects of cancer, Alzheimer’s, diabetes and heart disease.

Around the World is a regular feature in Eurofresh Distribution magazine. Read the latest issue online here.

Category: Uncategorized
Tags: Around the World, Berries, Blackcurrant Foundation, Blackcurrants, GH
We use cookies on our website to give you the most relevant experience by remembering your preferences and repeat visits. By clicking “Accept All”, you consent to the use of ALL the cookies. However, you may visit "Cookie Settings" to provide a controlled consent.
Cookie SettingsAccept All
Manage consent