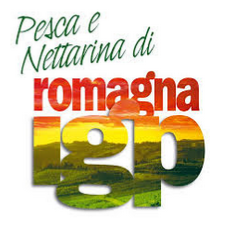 The summer season brought to Italian tables the peaches and nectarines of the Romagna PGI, which returned for the second consecutive year as protagonists of the triennial European campaign of communication and promotion of the fruit and vegetable PDO and PGI.

With the message Enjoy the difference!, Europe signs the products of its territories, the campaign had as its goal increasing knowledge of PGI products, which seem with defined characteristics guaranteed by the European label.

The peach and the nectarine of Romagna, produced only in the typical area that covers the provinces of Forlì-Cesena, Ravenna, Ferrara and Bologna, are the only ones that can boast the PGI brand, the European recognition that guarantees their uniqueness and emphasises the close link with the territory of origin, which for its special environmental characteristics and for the historical tradition of the producers, allows to obtain qualitative levels of excellence.

In Italy from the last mid-July until mid-August, some promotional activities organised within the framework of the EU campaign were carried out: the peaches and the nectarines of Romagna PGI were present in some of the main chains of the large-scale retail, like Abbondanza, Super Alì, Coop Adricatica. In the sales points of the chains concerned, information on the peach and the nectarine of Romagna PGI was distributed, helping consumers discover all the benefits of these tasty fruits.

Moreover, the activities have continued with the sponsorship of some local events like the youth football S. Agostino Tournament in the province of Ferrara that held the 6th – 7th July 2015, in partnership with the mountain bike eventPlan de Corones MTB Race of the 18th July to San Vigilio di Marebbe, in the province of Bolzano on July 19th the Tournament of Beach Basketball to Bagno Kusall in Lido di Spina (Comacchio), in order to end with the tournament of Beach tennis the13th/14th/18th July to Bagno Marrakech in Lido di Spina.

The Radicchio of Treviso and the pear of Emilia-Romagna are the other two products that characterise the European campaign in Italy.

The European multi-country (France, Italy and Spain) program of information and promotion “Fruits & Vegetables PDO-PGI” promotes the official European labels PDO-PGI, through the example of 8 varieties of fruit and vegetables.

These are:
for France, the KIWI de L’ADOUR PGI, the SANDS ASPARAGUS PGI (Landes), the PÉRIGORD STRAWBERRY PGI and the AGEN PRUNEAU PGI
for Italy, the EMILIA ROMAGNA PEAR PGI, the ROMAGNA PEACH/NECTARINE PGI and the RADICCHIO of TREVISO PGI
for Spain, KAKI OF RIBERA del XÙQUER PDO

The communication and promotion campaign, called “Europe signs the products of its terroirs”, targets 3 countries of the European Union: France, Italy and Germany.
The aim of this campaign is to inform and sensitize the consumers and the professionals of the sector on the PDO and PGI products and on their multiple assets, through the valorization and the promotion of the terroir. 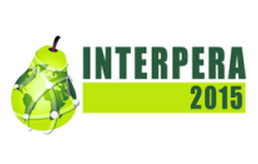 Interpera – the international pear congress of organised by AREFLH – takes place this November 19-21 in the Italian city of Ferrara, within the Emilia Romagna region well-known for growing the Abate Fetel pear.

This major event for the pear world will be held within the context of the first European fair dedicated to the pear – FuturPera.

Interpera brings together the growers and other key players in the international arena to discuss key technical and economic topics. Reports and presentations to be released and discussed at the conference include on:

For more information or to register: http://interpera.weebly.com/

AREFLH is the Assembly of the European Regions producing Fruit, Vegetables and ornamental Plants: www.areflh.org

Category: Uncategorized
Tags: Abate Fetel, AREFLH, events, Ferrara, FuturPera, Interpera, pears
We use cookies on our website to give you the most relevant experience by remembering your preferences and repeat visits. By clicking “Accept All”, you consent to the use of ALL the cookies. However, you may visit "Cookie Settings" to provide a controlled consent.
Cookie SettingsAccept All
Manage consent