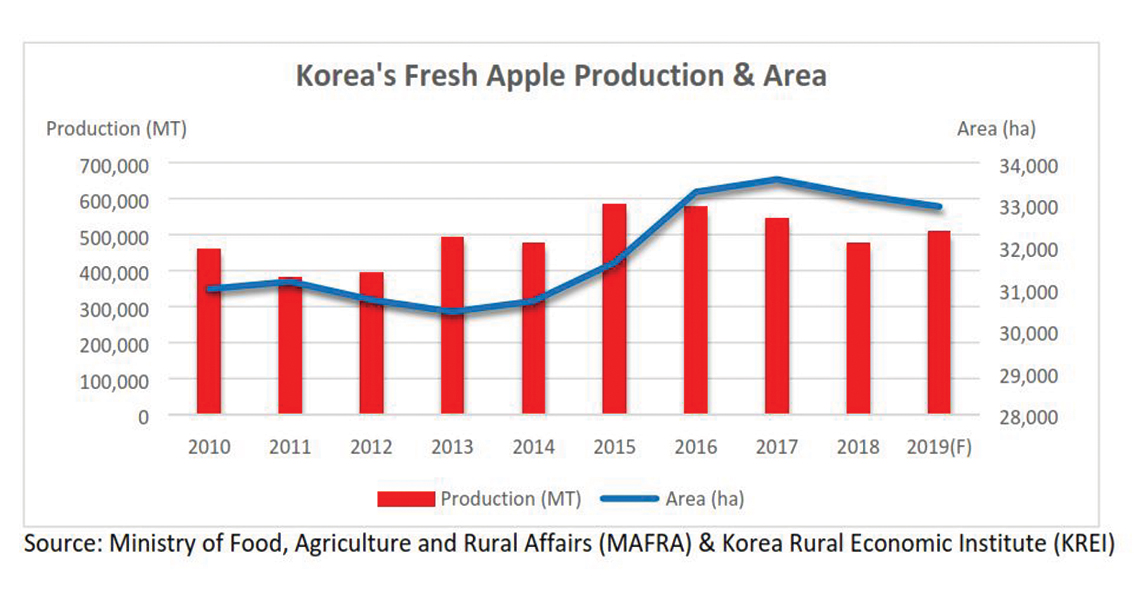 South Korea’s per capita apple consumption increased to 11.4 kilograms in 2015 from 7.5 kg in 2005, driven by the abundant apple crop (582,846 MT) and a growing public perception of apples as a healthy and nutritional fruit. However, since 2015, apple consumption has gradually decreased to 9.2 kilograms per capita due to increased competition with other imported fruits. In fact, between 2005 and 2015, South Korea’s fruit imports increased by 49% to 720,000 tons, following new FTAs with major fruit exporting countries such as Chile, the US, Australia, and New Zealand.

Category: Uncategorized
Tags: Apple, apple consumption, apple crops, apple exports, apples, consumption, crops, food, food consumption trend, Fresh produce consumption, Korea, Korean apple, South Korea
We use cookies on our website to give you the most relevant experience by remembering your preferences and repeat visits. By clicking “Accept All”, you consent to the use of ALL the cookies. However, you may visit "Cookie Settings" to provide a controlled consent.
Cookie SettingsAccept All
Manage consent