Ethnic mixture of consumers, tough competition, high demand for organic produce, and distaste for plastic packaging are the challenges and opportunities for the retailer. Spinneys Dubai operates 50 Spinney’s supermarkets […]
Thu 13/02/2020 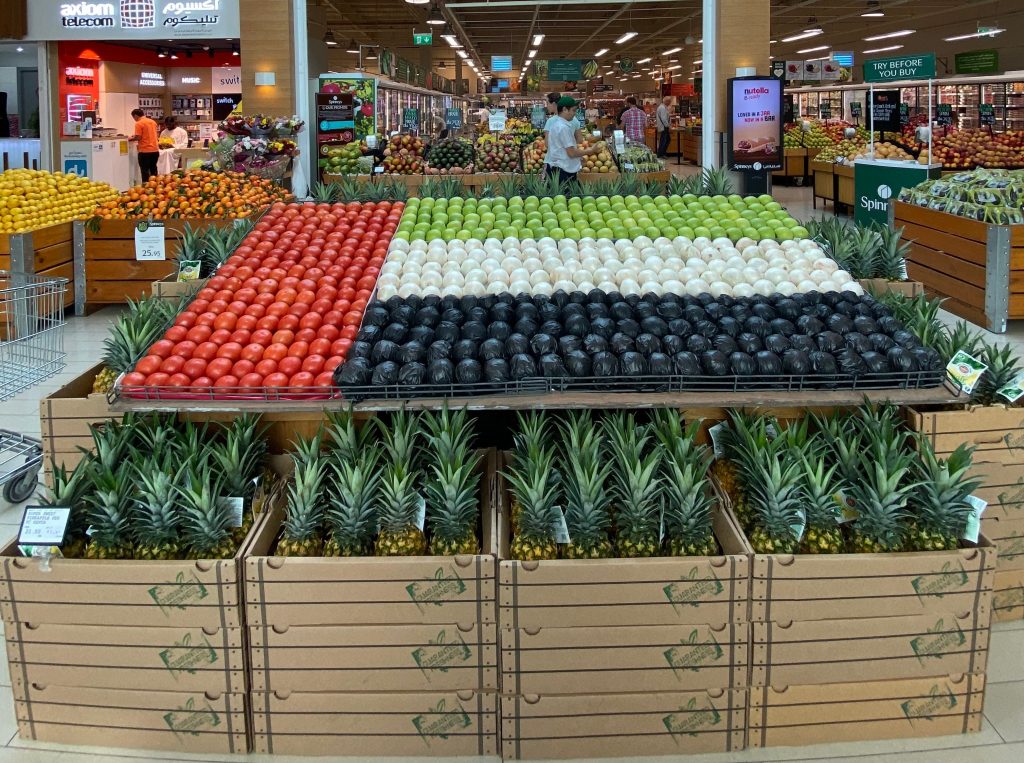 Ethnic mixture of consumers, tough competition, high demand for organic produce, and distaste for plastic packaging are the challenges and opportunities for the retailer.

Spinneys Dubai operates 50 Spinney’s supermarkets and eight Waitrose stores. Its story started in 1961, with its first supermarket opening in 1962. Nowadays, Spinneys enjoys a well-deserved reputation for being forward-thinking and keeping pace with the changes in eating trends by offering new products from around the world. Food standards, safety and freshness have always been at the forefront of the company’s ethos. “We don’t compromise on quality; our objective is to give customers the best shopping experience,” said Stephen Rudge, commercial manager for fresh produce. “That explains why we are moving ever more toward growers and direct import. We buy around 80% of our goods directly from growers and the countries of origin.” As well as supporting local food producers within the UAE, the company has developed an enviably comprehensive network of reputable suppliers around the world. The retailer has sourcing teams located in different countries: the US, Australia, the UK and South Africa. “Our ambition is to establish closer relationships with growers, while closely following new varieties and new developments to understand what’s coming onto the markets,” said Rudge. “When we can, we want to be the first ones on the market.”

Spinneys puts great stock in selling a varied range of products. For instance, it offers very distinctive grape varieties like Cotton Candy, which has sold extremely well following in-store tastings. There are sampling stations at all of Spinneys’ large stores, with each week customers having the chance to try a new variety or product, or a product from a new country of origin. The same is true with berries. There have been numerous breeding programmes over last 15 years and more new materials have come onto the market. But the difference between good berries and bad berries is huge in terms of flavour, sweetness, texture, and shelf life. “We talk to the growers and we choose the best varieties. After each season, we discuss the results with producers, and include the successful varieties in our following season’s programme,” said Rudge.

The UAE contains a wide spectrum of consumers among its 10 million population, and Spinneys has a particularly strong European, Emirati and Asian customer base. “We have such a mix of customers, and we take into consideration the tastes of all of them,” said Rudge. “We also offer ready-to-eat formats, such as peeled pomelo cut into individual segments. Pomelo is a fabulous product!” Spinneys has two formats of ready-to-eat products: one consists of pre-packed fruit, and the other of ready-prepared salads in the deli section, both of which have become very popular for their freshness. Spinneys widely social media extensively to promote its healthy products and participates on a morning fruit show on a Dubai radio station, which enables new products to be introduced. Indeed, following its promotion, kale has now become one of the best-sellers.

Another feature of the Emirates is the fact that sales of organic products constitute 10% of total volume, which is much higher than in Europe where the average is 5%. The country is also committed to the war against plastic. “It is a real challenge, as suppliers cannot change their packaging in such a short time, and recycling is not well developed in the country. Spinneys will have to develop its own solution, as this is what customers are demanding,” said Rudge.

Category: Uncategorized
Tags: Dubai, food retail, Retail, retailers, Spinneys, UAE
We use cookies on our website to give you the most relevant experience by remembering your preferences and repeat visits. By clicking “Accept All”, you consent to the use of ALL the cookies. However, you may visit "Cookie Settings" to provide a controlled consent.
Cookie SettingsAccept All
Manage consent