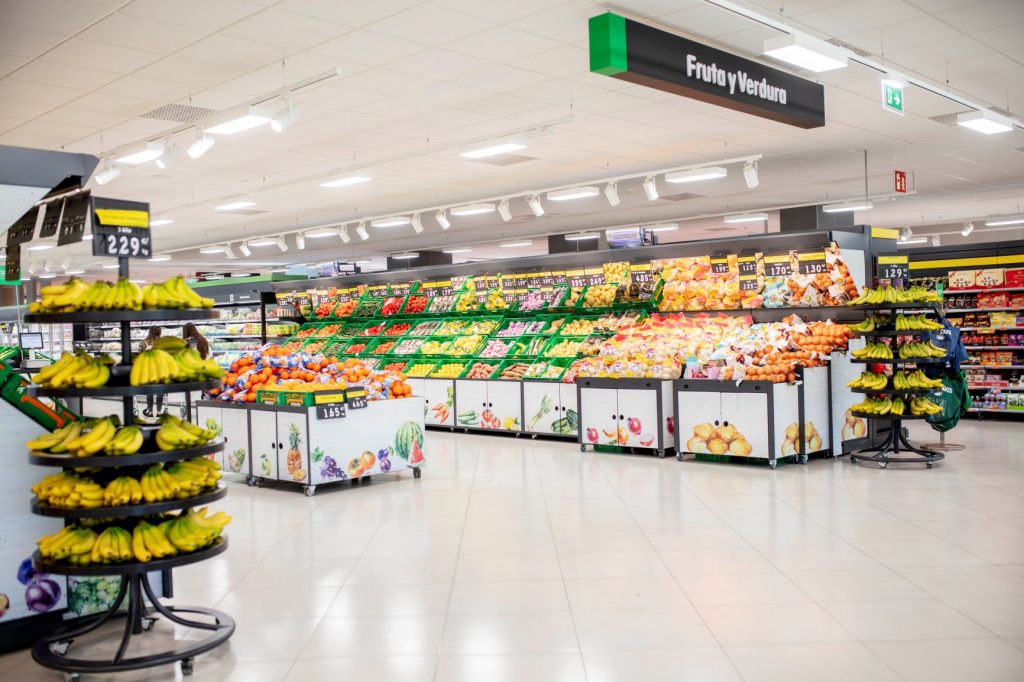 In 2019, Spanish supermarket sales increased by 4% to €60.3 billion, according to Euromonitor data. Supermarket sales are expected to grow by 3% in the next five years. The retail competitive landscape in Spain is highly fragmented, but led by major grocery retailers. Mercadona retained its leadership in 2019, followed by Carrefour. In the medium term, internet retailing is expected to see the fastest growth. Grocery retail in Spain consists of hypermarkets/supermarkets, convenience stores, major discount stores and specialised stores coexisting alongside traditional corner grocery stores and open- air markets.

The total number of retail outlets has decreased over the past decade and the consolidation of the retail food industry continues. The State of Emergency brought a whole new meaning and value to proximity shopping. With the saturation of online channels and the government-mandated movement restrictions, proximity shopping became key for many Spanish consumers. This led to regional supermarket chains multiplying their sales during the first two months of lockdown. This rise in sales reinforced their market share in a sector typically dominated by large operators in the market. The fact that regional chains gained so much ground in Spain during the pandemic is a unique phenomenon in the European region.

The other frontrunner during the pandemic has been online retail, with ecommerce fresh product sales rising 141%. The profile of consumers reached through this channel has changed, too, with over 65-year-olds increasing their online purchases by 210%. According to Alimarket, eCommerce increased by 115% in value and gained 15.5% more buyers.  In the cities of Barcelona or Madrid, online sales have already reached almost 5%, in line with other European capitals.

The COVID-19 crisis revitalised consumer preferences for domestic foods (or food patriotism) around the world. In Spain, this trend is expected to continue beyond the pandemic. Spanish consumers indicate that they are now paying more attention to the origin of products. In response to this sentiment, some retailers have launched initiatives to promote the consumption of Spanish products. The Spanish Ministry of Agriculture has also placed great emphasis on encouraging consumers and distributors to support farmers by buying local.

Category: Uncategorized
Tags: Covid-19, grocery, Retail, Spain, supermarkets
We use cookies on our website to give you the most relevant experience by remembering your preferences and repeat visits. By clicking “Accept All”, you consent to the use of ALL the cookies. However, you may visit "Cookie Settings" to provide a controlled consent.
Cookie SettingsAccept All
Manage consent