The producers of the Protected Geographical Indication (PGI) Poma de Girona defend the local product in the face of competition from imported apples. Currently, half of the apples sold in […]
Tue 26/03/2019 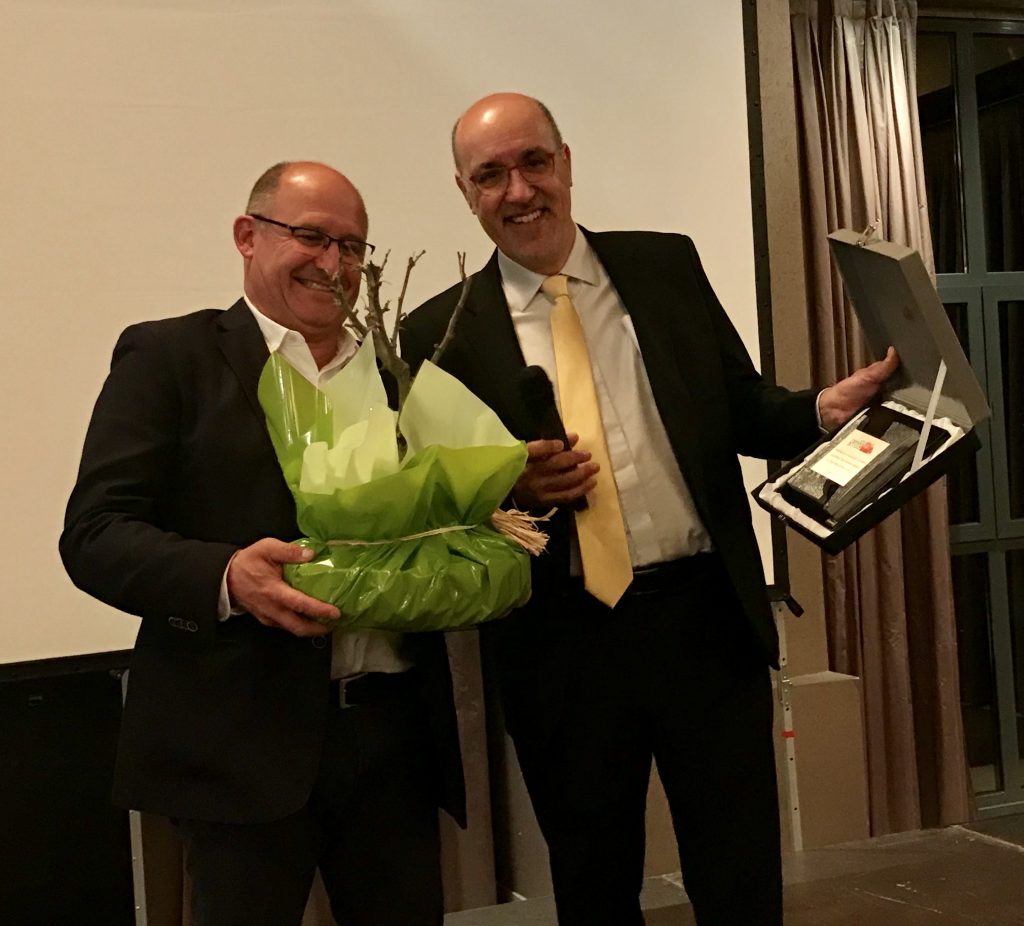 The producers of the Protected Geographical Indication (PGI) Poma de Girona defend the local product in the face of competition from imported apples. Currently, half of the apples sold in Spanish supermarkets come from Italy and France. At its Annual Membership Assembly last Friday in Girona, the Poma de Girona was awarded a prize by the director of the Cardiovascular Genetics Centre of the Biomedical Research Institute of Girona. Cardiologist Ramon Brugada highlighted the importance of consuming local products to support the local economy and protect the environment.

Currently, 480,000 tons of apples are consumed in Spain each year, of which approximately 200,000 tons are imported. In this scenario, the producers of Poma de Girona, who met to take stock of the communication projects and prepare a campaign to encourage the consumption of Poma de Girona, underlined their efforts to move to have the most sustainable apple on the market. Consumption of local products helps reduce CO2 emissions, the use of plastics and packaging, and promotes the local economy. The sector has been carrying out several projects over a long time to produce a more sustainable apple.

One of the most recent initiatives is the involvement of the three companies of the IGP Poma de Girona (Girona Fruits, of Bordils, Frutícola Empordà, of Sant Pere Pescador and Giropoma Costa Brava, of Ullà) in the Hot Climate Programme, which will allow varieties of apples adapted to warm climates and in about ten years, imports to the Spanish market will no longer be necessary, according to president of Poma de Girona, Llorenç Frigola. The initiative, involving New Zealand scientists, would allow the PGI to increase apple production by 50%, from 80,000 tons to 120,000 tons a year. “In the medium term, Girona and Lleida will have to cover the more than 200,000 tons of apples that come from outside,” said Frigola. The first variants adapted to the climate will begin to be planted next year.

Category: Uncategorized
Tags: Apple, Poma de Girona, Spain
We use cookies on our website to give you the most relevant experience by remembering your preferences and repeat visits. By clicking “Accept All”, you consent to the use of ALL the cookies. However, you may visit "Cookie Settings" to provide a controlled consent.
Cookie SettingsAccept All
Manage consent