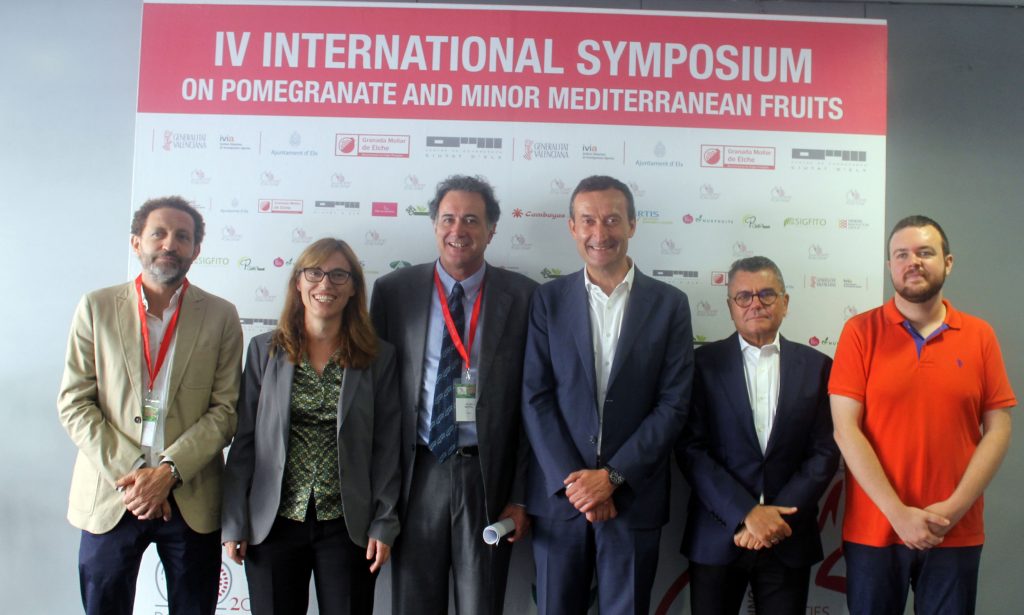 Elche became the pomegranate capital of the world on 22nd September with the holding of the 4th International Pomegranate symposium at the city’s Congress Centre.

The attendance of more than one hundred scientists from twenty countries underlined the important position Spain holds in the research into pomegranate. Director of Elche’s Agrarian Experimentation Centre and member of the congress’ organising committee, Julian Bartual, said, “Spain leads the world in pomegranate research together with Israel, China, Turkey and India.” Presenters highlighted how Spain’s pomegranate projects are based mainly in Valencia and Murcia. They are conducted by the Valencian Institute for Agrarian Research (IVIA) and the city’s Miguel Hernandez University and in Murcia by CEBAS (the Higher Centre for Scientific Research) and by the University of Cartagena.

Studies are mainly focused on optimising systems of irrigation and fertilisation, on studying varietal agronomic behaviour, and controlling pests and diseases in the field and post-harvest, as well as on improving the fruit’s quality and conservation.

General manager for Valencia’s Common Rural Development and Agrarian Policy Department, María Teresa Cháfer, said, “In Valencia our researchers are tackling great challenges at the local and global level and we are delighted that our province was chosen for the fruit’s most important global event.” The 40 municipalities covered by the PDO Elche mollar pomegranate constitute over 75% of Spain’s pomegranate production and are the world’s leading  producer of the Elche mollar variety.

A key player in irrigation research

As for irrigation, Julian Bartual said, “Spain is a leader in terms of scientific know-how regarding the irrigation needs of the pomegranate.” Indeed, IVIA has provided technicians and farmers with an application which makes irrigation recommendations on a weekly basis depending on the conditions and characteristics of the growing area. It is vital to preserve this scarce resource both from an ecological and from a financial perspective, given that it can account for 15% of operating costs.