With almost half a million tons exported (499,291) and with the second half of the month seeing the country placed under a state of emergency, the Spanish citrus sector […]
Wed 27/05/2020 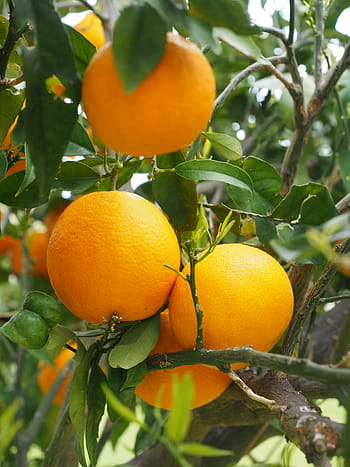 With almost half a million tons exported (499,291) and with the second half of the month seeing the country placed under a state of emergency, the Spanish citrus sector registered the best month of March in its story. What’s more, the upturn in demand motivated by concerns about Covid-19 and the desire among consumers to strengthen their immune systems, allowed the campaign to turn around. Indeed, despite domestic harvest being almost 24% lower and a significant drop in overseas trade, the same tons have been exported up to the end of March as by the same point last season (2.86 million tons). In the absence of official statistics, the Citrus Management Committee (CGC), the national association that integrates the main non-cooperative exporters, assumes that this double-digit growth rate continued in April. “The Government recognised the sector as an essential activity, the coronavirus demanded extraordinary efforts to respond to the challenge and overcome the enormous difficulties of all kinds that exist, but it is evident that we have risen to challenge,” said the CGC director general, Immaculate Sanfeliu.

Although it is still too early to take stock of the season because the commercial activity of the warehouses will still continue in the coming months, it is foreseeable that the harvest season will end this year between a month and a month and a half before the from last year. With the figures available so far, it can already be stated that, with 276,701 tons, the third month of 2020 – that of the outbreak of the coronavirus in all of Europe – was also the second best month of March ever recorded in oranges (behind the of 2015 with 287,900 tons and 17% above that of 2019). In tangerines, meanwhile, the monthly rebound in the volume of foreign sales has been less (+ 7%) but has allowed to recover the 25% drop accumulated so far this season compared to the previous one. It should be remembered that all this has been achieved in a short season in terms of the expected harvest, with a reduction compared to the 2018/19 balance of 23.9% in citrus in general, 22.4% in oranges and 28.9% in tangerines. And that has also been achieved despite the collapse of sales in important destinations beyond the EU, such as the US (due to the imposed tariffs) or China (due to the outbreak of the health crisis). “In times of extreme difficulty, the Spanish sector has once again demonstrated that it is the safest European supplier, with the most stable and high quality standards and that we managed to obtain perhaps the most optimal utilization rates,” said Sanfeliu.

The merit of these figures, based on the exceptional circumstances experienced, is undoubted. Even before the State of Alarm came into force on March 16, since the slogan #yomequedoencasa began to permeate Spanish society, there was an initial rebound in demand in the domestic market. When, within a few days, the confinement measures were extended from Spain and Italy to most of the EU Member States, the wave of ‘urgency’ orders, of purchases with a compulsory component, spread to the rest of the continent. In those days, the persistence of the rains forced to suspend harvesting in almost all citrus areas. The restrictions in mobility also complicated the harvesting of the fruit and forced operators to charter vans and buses. In the warehouses, meanwhile, there was a frantic race to supply masks, to adapt to constantly changing regulations, and to implement new biosafety protocols to avoid contagion. The rains and the reduction in productivity per employee due to social distancing and disinfection measures raised costs and forced employees to work in shifts, at weekends, and do more overtime. Transporting to Europe involved queues and delays caused by the new borders and sanitary controls erected in Central Europe. But the supply to Europe was never broken.

Category: Uncategorized
Tags: CGC, Citrus, Covid-19, exports, Spain
We use cookies on our website to give you the most relevant experience by remembering your preferences and repeat visits. By clicking “Accept All”, you consent to the use of ALL the cookies. However, you may visit "Cookie Settings" to provide a controlled consent.
Cookie SettingsAccept All
Manage consent