During Fruit Logistica next month, the international fruit and vegetable brand SanLucar will present its 2013/15 corporate responsibility report titled ‘Commitment makes the difference.’ Now in its 4th edition, the […]
Thu 21/01/2016 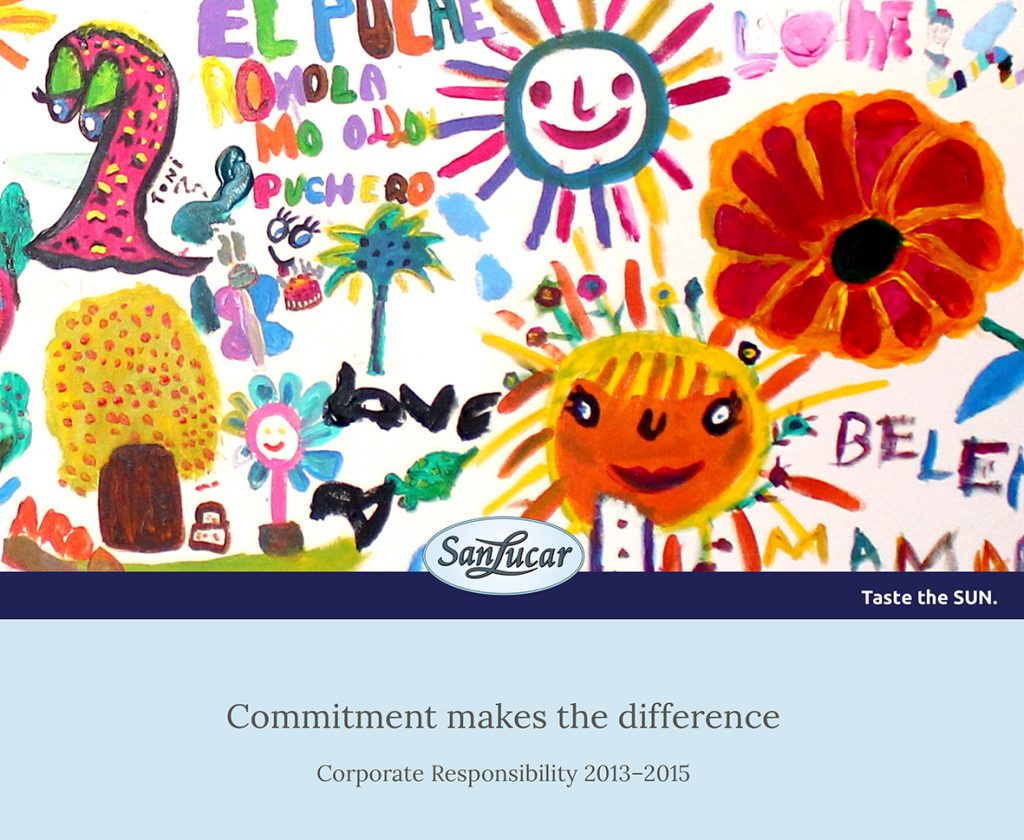 During Fruit Logistica next month, the international fruit and vegetable brand SanLucar will present its 2013/15 corporate responsibility report titled ‘Commitment makes the difference.’

Now in its 4th edition, the report details the initiatives launched by SanLucar’s Corporate Responsibility department and its objectives for between now and the year 2020.

SanLucar Group CEO Stephan Rötzer said corporate responsibility is an essential part of SanLucar’s business and the reason its actions on social and environmental matters are fully integrated into its global company strategy.

“Our daily activity is based on five fields of action: excellent taste of our products, safety and health at work, environmental protection, education and knowledge exchange as well as the fulfillment of dreams for all the members of the communities where SanLucar is established,” Rötzer said.

The group is guided by the philosophy “Taste in harmony with man and nature”.  As a result of this commitment, over 2013/15, SanLucar invested more than €7 million in projects developed in Germany, Austria, Spain, Tunisia, South Africa and Ecuador – all countries in which is has bases.

Regarding environmental projects, SanLucar has chosen a more efficient irrigation system for its fields in Tunisia, the installation of solar panels for the office in Austria and an energy saving program for its warehouse in Germany.By launching this latest initiative, SanLucar has been able to reduce the CO2 emissions by 61 tons, thanks to a more efficient and environmentally friendly LED lighting system.

“Sometimes it ́s hard to imagine the importance of this type of actions, but to have an idea it would be necessary to plant approximately 5.000 trees to counteract this amount of contaminating emissions” explains Stephan Rötzer.

One of the important milestones of SanLucar during the last two years concerning social management has been the boost given in Germany, Austria and Spain to awareness programs concerning the importance of doing sports and of following healthy nutrition habits. In the same way, education and further training has been one of the priorities for the company. In 2015 has been founded the SanLucar Academy in Ecuador, after the take-off in Spain of this employee training project.

From 3rd to 5th February, SanLucar will give extended information about these and further projects at the Fruit Logistica (hall 6.2-stand C07) where the report will be available in three languages (English, German, Spanish).

This report can also be downloaded from the SanLucar homepage next 15th of February.

Image: the cover of SanLucar’s 2013/15 corporate responsibility report
Explanation of the picture: “In Valencia, July 2015, on the second anniversary of our soup kitchen El Puchero, we asked 20 children to draw their idea of a beautiful world.“

Category: Uncategorized
Tags: corporate social responsibility, CSR, Fruit Logistica, SanLucar, Stephan Rötzer
We use cookies on our website to give you the most relevant experience by remembering your preferences and repeat visits. By clicking “Accept All”, you consent to the use of ALL the cookies. However, you may visit "Cookie Settings" to provide a controlled consent.
Cookie SettingsAccept All
Manage consent