Salvi Uniacoa, together with Zespri, has decided to develop a new variety of yellow kiwifruit called G3, which has the advantage of being more resistant to the fearsome PSA bacteria […]
Fri 14/02/2014 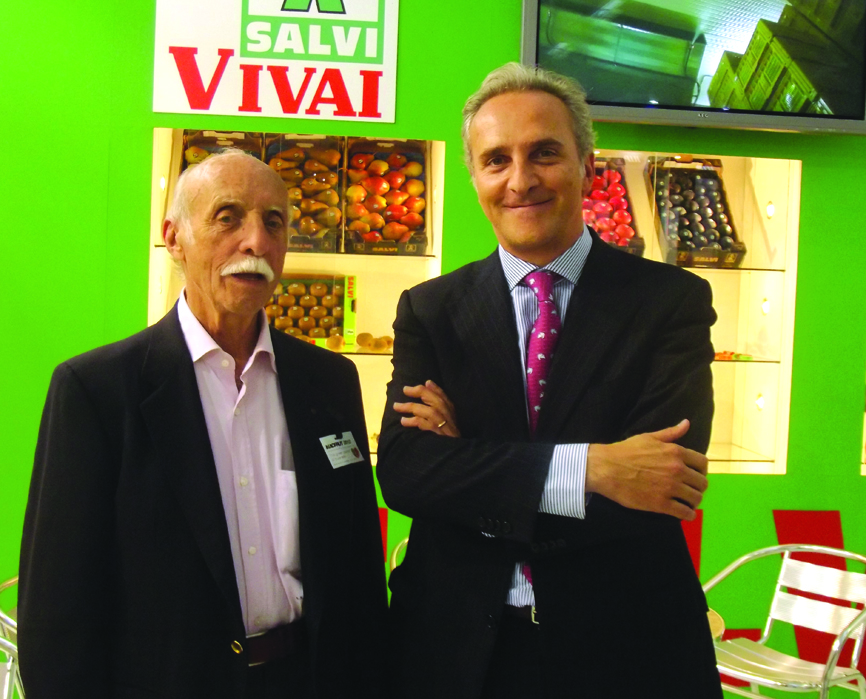 Salvi Uniacoa, together with Zespri, has decided to develop a new variety of yellow kiwifruit called G3, which has the advantage of being more resistant to the fearsome PSA bacteria than its predecessors and will be planted in quarantine-free areas of Italy such as the Latina area. Marco Salvi, the managing director of Salvi and chairman of Fruitimpresse, believes that the worst is over: “In Italy, it seems to us that the kiwifruit bacterium has already gone through its most virulent stage and as growers, we are now more confident that we are learning to control it. Yellow varieties continue to be very popular both in Russia and Europe and in Asia and we think that G3 has good prospects there”. The Fruitimpresse chairman considers that the season will also be very positive for Italian green kiwifruit growers, as this year’s season kicked off with very high quality fruit (higher Brix and dry matter) and at earlier dates. Italy entered the international markets at the beginning of November 2013, as the New Zealand season ended early (by nearly a month) and Chile’s freezes left it very short of fruit (down by 60%).  This has been very positive for the profitability of the 400,000-tonne Italian kiwifruit crop this season, only slightly lower than last year’s (down by 5%), especially in the North, in Piedmont, Verona and Romagna.  Other European suppliers have also been short of fruit: Greece is down by 5% and France by 10%. Given this situation, “Italian kiwifruit will be the main supply during the European spring, as they can offer both quality and quantity over a longer timescale”, Marco Salvi stated.

Category: Uncategorized
Tag: Kiwi
We use cookies on our website to give you the most relevant experience by remembering your preferences and repeat visits. By clicking “Accept All”, you consent to the use of ALL the cookies. However, you may visit "Cookie Settings" to provide a controlled consent.
Cookie SettingsAccept All
Manage consent