More than 300 representatives of the international apple and pear sector met at the 39th Prognosfruit Conference on 6th August 2015 in Merano, Italy, where WAPA (World Apple and Pear […]
Wed 02/09/2015 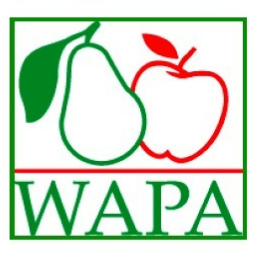 More than 300 representatives of the international apple and pear sector met at the 39th Prognosfruit Conference on 6th August 2015 in Merano, Italy, where WAPA (World Apple and Pear Association) released the 2015 European apple and pear crop estimates.

The 2015 apple production in the EU will decrease 5% compared with last year’s crop.

The pear crop is predicted by European growers to decrease by 4% compared with 2014. Additionally, the 2015 crop promises to be of good quality given the generally favourable climatic conditions and overall fruit size.

Despite concerns about the difficult conditions at the start of last season, through strong promotional activities, European countries sold their entire crops earlier than planned. However, the Russian embargo, together with the relatively large crop, resulted in an average reduction of 20% in returns to growers, many of whom suffered losses. This occurred despite the support measures made available by the EU which resulted in approximately 250,000 tons of apples and pears being given for free for distribution and the benefit of a considerably lower € to $ exchange rate which helped to increase exports.

Hans van Es, Chairman of the Fruit and Vegetable Committee of Copa-Cogeca, said: “The European apple crop last year was 15% higher than 2013, whilst pears were 5% greater. The industry had to content with the ban imposed by Russia, but despite these two factors, the industry sold the entire crops earlier than expected. The on-going support from the European Commission to alleviate the effects of the Russian embargo is greatly appreciated by the industry. However, the reduction in returns to growers is a considerable concern which unless corrected during the coming season will have an adverse impact on future investment and production.”

The 2015 European crop forecast for apples is 11.974.000 tons, 5% lower than last year. It should be noted that this volume is 7% higher than the average for the last three years. The estimates for varieties are as follows:

The total forecast pear crop in 2015 is 2.34 million tons, 4% lower than last year. However, this is 6% higher than the average crop of the last three years.

WAPA President Daniel Sauvaitre said: “The prospects for the coming season are better than a year ago. The European crop is slightly lower, European stocks are negligible, there are unlikely to be overhanging stocks from the Southern Hemisphere and considerable progress has been made in developing exports overseas. However, a great concern is the damaging reduction in returns to growers. Most countries have reported increases in consumption which is a very positive trend for the industry and growers deserve to be congratulated on ever improving product quality and the beneficial effects of strong promotional activity.”

Based in Brussels, WAPA was founded in August 2001 with the objectives of providing a forum for discussion on matters of interest to the apple and pear business and initiating recommendations to strengthen the sector. WAPA members include the Argentina, Australia, Austria, Belgium, Brazil, Chile, France, Germany, Italy, the Netherlands, New Zealand, Poland, Scandinavia, Slovenia, South Africa, the UK and the US.

Category: Uncategorized
Tags: apples, pears, production forecasts, WAPA, World Apple and Pear Association
We use cookies on our website to give you the most relevant experience by remembering your preferences and repeat visits. By clicking “Accept All”, you consent to the use of ALL the cookies. However, you may visit "Cookie Settings" to provide a controlled consent.
Cookie SettingsAccept All
Manage consent