The new consortium aims to focus on sales channels capable of highlighting the excellence of the lemon and strengthening the identity of the PGI product. A new certified PGI product […]
Tue 18/10/2016 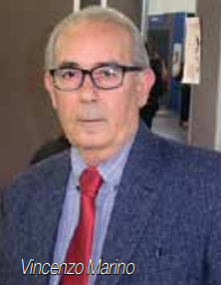 The new consortium aims to focus on sales channels capable of highlighting the excellence of the lemon and strengthening the identity of the PGI product.

A new certified PGI product has arrived that will enrich the already wide spectrum of Italian citrus fruits of excellence: the Rocca Imperiale lemon, the most renowned lemon variety in Calabria, whose cultivation and sale is monitored by the newly-constituted producers’ association.

President Vincenzo Marino said the association’s work consists on the one hand of providing visibility to the product by highlighting its value, and on the other of protecting the product by ensuring that the rules are respected.

“The association has a membership of around 60 producers, all located in the district of Rocca Imperiale since it is a single-district PGI. The lemon has three main characteristics: a high percentage of limonene, no lower than 70%; low acidity, never exceeding 5%; and a very high juice content, which must not be lower than 30%.”

A popular reflorescent lemon since it flowers at least four times per year, producing different fruits at each florescence, the Limone di Rocca Imperiale PGI owes its unusual characteristics to the pedoclimatic characteristics of the land where it is produced, which is close to the sea and enjoys a moderate climate despite an altitude of around 200 metres.

“The harvest of this lemon begins in November with il Femminiello and lasts right through until June/July, with the yield peaking between January and May. The difference in atmospheric temperature from day to night also favours the colouration of the skin and the concentration of the essential oils it contains. The annual yield ranges between 100 and 120 tons, with the potential to reach 200 tons within the next two years,” Marino said.

This is a fast-growing product in high demand, and its fame is beginning to extend beyond Italy’s borders. “We are currently working with three major packaging companies operating throughout Italy but also in France, and we are sending some product to Germany, but at the moment we do not have enough product to be speaking of large-scale exportation,” he said.

Category: Uncategorized
Tags: Calabria, citrus PGIs, ed145, Italian lemons, Limone di Rocca Imperiale PGI, PGI, Rocca Imperiale lemons, Vincenzo Marino
We use cookies on our website to give you the most relevant experience by remembering your preferences and repeat visits. By clicking “Accept All”, you consent to the use of ALL the cookies. However, you may visit "Cookie Settings" to provide a controlled consent.
Cookie SettingsAccept All
Manage consent