Mango has become very pricey in India after unseasonal rains cut production by up to 50% in some states, reports the Associated Chambers of Commerce & Industry of India (ASSOCHAM). Prices […]
Thu 23/04/2015 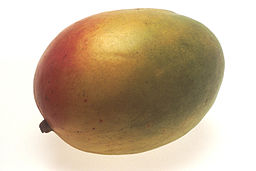 Mango has become very pricey in India after unseasonal rains cut production by up to 50% in some states, reports the Associated Chambers of Commerce & Industry of India (ASSOCHAM).

Prices have shot up by 50-65% – much more than for other fruits and vegetables. Even the lower end of the varieties are retailing at Rs 100/kg while the premium variety Alphonso is costing Rs 500-600 per dozen in Mumbai, ASSOCHAM said.

And exports have also been affected, though even in good times India’s share of mango exports has been negligible, it said.

Considering the production volume and variety of Indian mangoes, the country’s annual exports of about 41,300 tons is insignificant. Pakistan, which grows about 1 million tons of mango, exports 40,000 tons (4% of its crop), ASSOCHAM said.

In terms of growth in mango imports from India, Qatar leads with about 110% compound annual growth rate, followed by:

ASSOCHAM secretary general D S Rawat said India has huge potential in mango exports but is unable to exploit the opportunities. In the current year, lower production prospects are likely to impact mango exports from India badly, he said.

However, repeated rains accompanied by hailstorm and strong winds from end January till early April this year in north and central India caused huge loss to the mango crop. While preliminary estimates point towards a minimum loss of 20% on production, in pockets of Uttar Pradesh the loss is estimated at over 50%. Uttar Pradesh (with production of four million tons) and Andhra Pradesh together account for about half of India’s total mango production.

“The various state governments have announced relief measures and financial compensation, they are not sufficient to mitigate farmers’ losses and also curb rising prices. More needs to be done to help farmers,” Rawat said.

Category: Uncategorized
Tags: India, mango
We use cookies on our website to give you the most relevant experience by remembering your preferences and repeat visits. By clicking “Accept All”, you consent to the use of ALL the cookies. However, you may visit "Cookie Settings" to provide a controlled consent.
Cookie SettingsAccept All
Manage consent