SCIROCCO MD WHITE and BIOMAGLIA in the tests show effective protection and unchanged quality compared to the open field Arrigoni, the group specializing in the production protective screens for agriculture, […]
Thu 05/12/2019 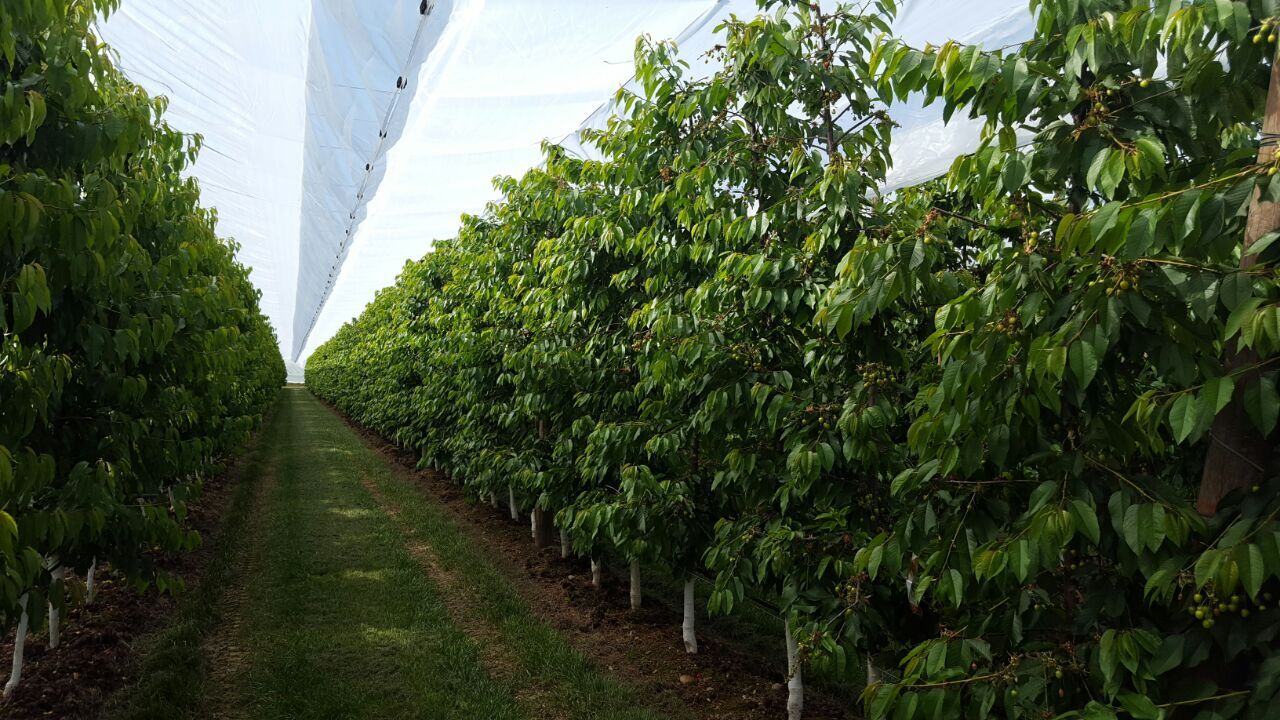 Arrigoni, the group specializing in the production protective screens for agriculture, is confirmed as an excellent ally for organic farming.

The excellent results obtained following a test in the field for the control of flea beetles bear this out. The test was performed on an organic rocket seeding, started in early September and harvested 17 days later. Both SCIROCCO MD WHITE (windbreak and medium shading net, in flat weave HDPE monofilament) and BIOMAGLIA (light polyamide net, anti-insects and anti-frost) were tested, positioned on the crop immediately after sowing and kept until the harvest.

The test involved an area of over 5,000 square meters, sown with the rocket variety Extrema, from the Maraldi Sementi company in Cesena.

The test response was positive: the protected rocket had the same quality as the not covered rocket. It showed neither signs of suffering, nor differences in quality (such as color or consistency), even the yield was the same.

A further confirmation of the results of BIOMAGLIA then comes from another field test conducted at the Azienda Agricola Fratelli Cambise in Trasacco, L’Aquila, historical reality that for over thirty years has specialized in the production of leafy vegetables. The technical manager Sandro Cerasani explained: “For this type of crop, the main problem is naturally represented by virus diseases, whose main vector is the thrip. To counteract their spread, we did a test with Arrigoni Biomaglia on lettuce, broccoli and radicchio. The outcome was extremely satisfying, with the percentage of infected plants close to zero, so that given the results we are already thinking of enlarging our surfaces protected by Biomaglia from Arrigoni”.

“The most important aspect – highlights Milena Poledica, an agronomist from Arrigoni – is that surfaces protected by Arrigoni screens did not require phytosanitary treatments against the flea beetle or the thrip, neither show any damage to the crop. It is clear from the test that the use of physical protection through Arrigoni nettings on the crop is extremely advantageous, both in terms of cost and in terms of effectiveness. And above all, it offers the possibility of collecting a product free from pesticide residues and, therefore, healthier. An essential choice for those working in the organic sector “.

According to the latest ISMEA report, released on Sana 2019 (the international exhibition of organic and natural products), the positive trend of the last fifteen years continues for the organic sector. Having now emerged from the niche dimension of the origins, in recent years it has become a widely spread lifestyle consolidated in the eating habits of Italian families. Over the past decade, organic production and processing companies have doubled overall, while organic farmland has grown by 60%. At the end of 2018 the area cultivated in Italy with organic agriculture reached almost 2 million hectares, with a number of farmers reaching 80,000 units. The elaborations carried out by Sinab (Sistema di informazione nazionale sull’agricoltura biologica – National Information System on Organic Farming) indicate that since 2010 the increases recorded are over 800 thousand hectares and 20,000 are the farms engaged in this sector. Compared to 2017, the biological surfaces increased by 3% with 49,000 hectares more.

It is now a fact that the problem of reducing pesticide treatments in order to offer a product with less residues is increasingly felt, even among companies specialized in the production of vegetables and of salads. Furthermore, the use of many molecules is proving to be ineffective, therefore the application of pesticides is a counterproductive choice by many parties. In this sense, the choice of physical barriers represents a solution that is as valid and concrete as it is “green”.

Category: Uncategorized
Tags: Arrigoni, Protection of organic crops
We use cookies on our website to give you the most relevant experience by remembering your preferences and repeat visits. By clicking “Accept All”, you consent to the use of ALL the cookies. However, you may visit "Cookie Settings" to provide a controlled consent.
Cookie SettingsAccept All
Manage consent