Not satisfied with just being one of the world’s five busiest container ports, the Port of Nansha in southern China is building a mega-warehouse complex that will include six […]
Mon 20/07/2020 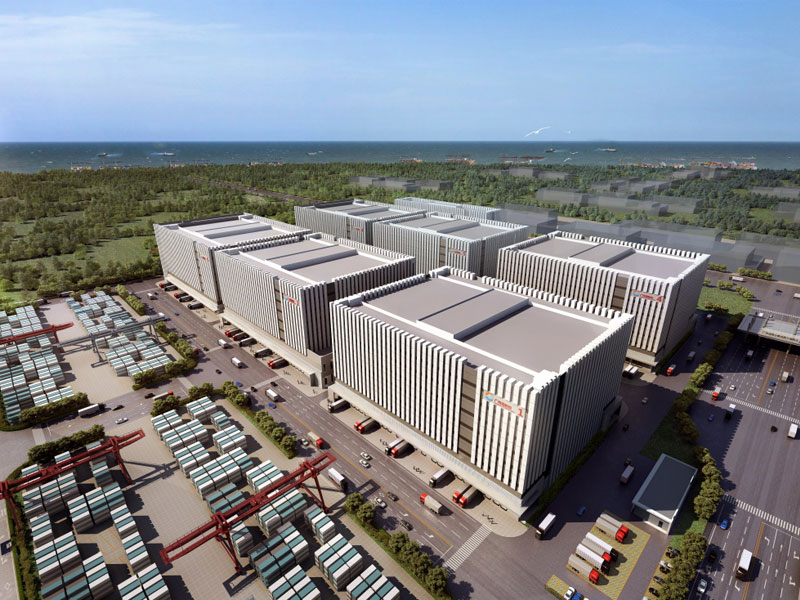 Not satisfied with just being one of the world’s five busiest container ports, the Port of Nansha in southern China is building a mega-warehouse complex that will include six eight-storey buildings, for a combined storage capacity of nearly 500,000 tons, according to a report by Ajot 100. Phase one of the new construction port will be completed by March 2021.

The Nansha International Logistics Centre site is next to the port’s expanding automated terminal facilities and the busy Jiangnan Fruit Market in Guangzhou, as well as major population centres throughout the Pearl River Delta, from Shenzhen to Hong Kong and Macao.

The three-building first phase of the 305,000m2 cold logistics complex costs US$260m and will provide warehousing capacity of 230,000 tons. The three-building second phase is similar in scope, bringing total investment to more than US$500m and overall capacity to 460,000 tons.

The new cold chain logistics hub is set to enhance productive service levels and dramatically expand opportunities through integrated one-stop offering of such functions as inspection, storage, processing, repackaging and distribution, all within specific temperature-maintained environments.

The fresh products already benefiting from expedited customs clearance and rapid transit to market via the Port of Nansha include citrus fruits from the US west coast and cherries from Chile.

Alongside the new mega-warehouse hub, a fourth fully automated marine terminal is being built to boost the port’s contingent of ship-to-shore cranes to 78 from the current 65, while soon-to-be-completed on-dock rail access will offer direct train links to inland cities such as Changsha, Wuhan, Chongqing and Kunming. For temperature-controlled loads moving inland by truck, the Port of Nansha provides cost savings of up to US$850 per container, compared with other Pearl River Delta ports, like Hong Kong.

Category: Uncategorized
Tags: China, Logistics, Port of Nansha
We use cookies on our website to give you the most relevant experience by remembering your preferences and repeat visits. By clicking “Accept All”, you consent to the use of ALL the cookies. However, you may visit "Cookie Settings" to provide a controlled consent.
Cookie SettingsAccept All
Manage consent