There were 25 Polish companies presenting their fruits and vegetables at Fruit Attraction in Madrid last week – triple the number at the country’s first formal participation at the fair, […]
Wed 04/11/2015 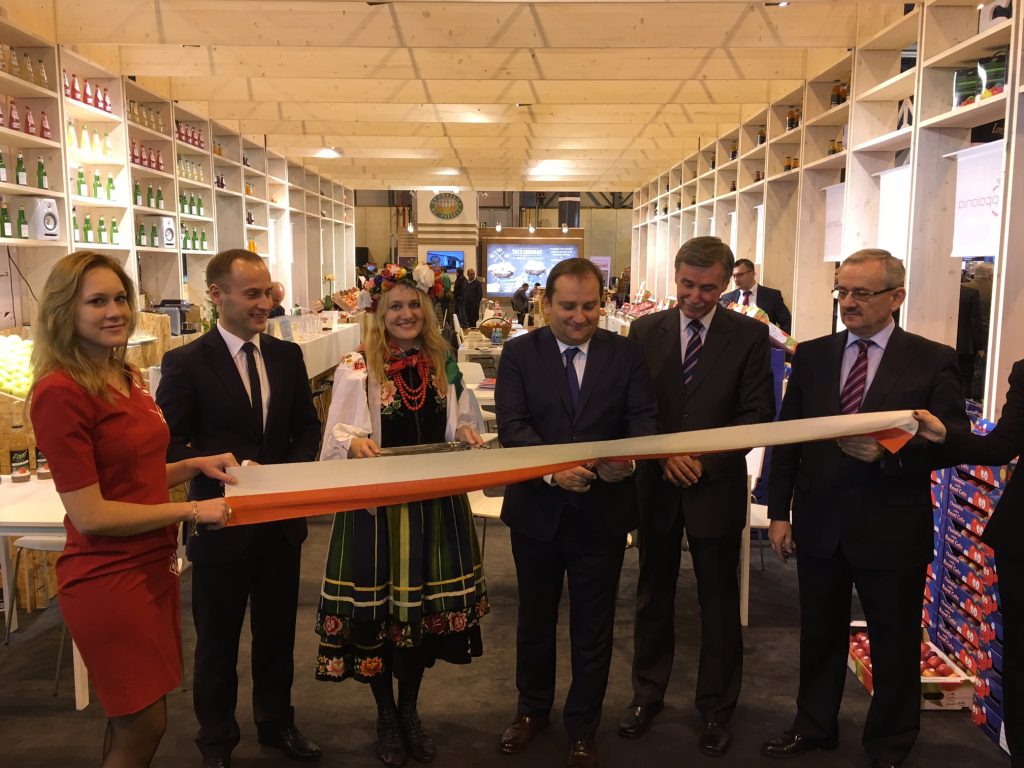 There were 25 Polish companies presenting their fruits and vegetables at Fruit Attraction in Madrid last week – triple the number at the country’s first formal participation at the fair, in 2013.

With Poland a major exporter of fruit and vegetables and Spain one of its main markets, the country participated with its own stand, which was opened on the first day of the fair by Ambassador of the Republic of Poland in Spain, Tomasz Arabski.

Visitors were later invited to a tasting of products from Poland, which is:

In a press release, the Polish Embassy in Madrid said one of the secrets to Poland’s success as an apple exporter is the unmistakable taste of its apple and its competitive prices. “This surprising export boom has been also possible thanks to modern equipment and machinery that ensure optimal classification, packaging and cooling,” it said.

The secret of Polish production

As for the “spectacular” growth in Poland’s production volumes, the embassy credited the maintenance of “the highest standards of quality, cultivating original conditions and using only natural resources in production processes,” and the big role played by “uncontaminated soil, air and high purity water.” Witold Boguta, president of Poland’s National Association of Groups of Fruits and Vegetables Producers in Poland, said that apart from a focus on customer satisfaction, Polish producers place great importance to compliance on quality and food safety. “Most of our products have the GLOBALG.A.P. label and other certificates demonstrating compliance with the standards of quality and environment,” he said.
The grower association headed by Boguta participated in Fruit Attraction, as did the Department of Trade, Investment and Promotion of the Polish Embassy in Spain.

Category: Uncategorized
Tags: apple exports, Fruit Attraction, Poland
We use cookies on our website to give you the most relevant experience by remembering your preferences and repeat visits. By clicking “Accept All”, you consent to the use of ALL the cookies. However, you may visit "Cookie Settings" to provide a controlled consent.
Cookie SettingsAccept All
Manage consent