Pegasus Agriculture is one of the leading owners and operators of hydroponic farming facilities in the Middle East and North Africa (MENA). Its office is strategically located in Dubai, U.A.E., […]
Tue 04/10/2016 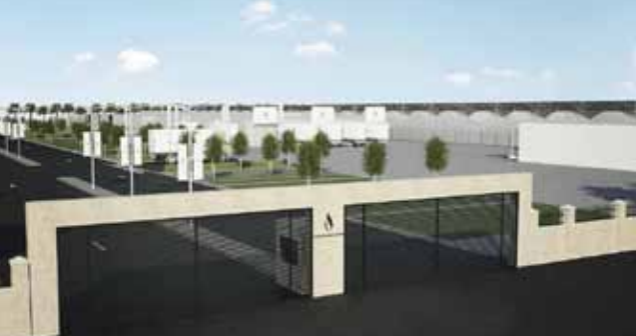 Pegasus Agriculture is one of the leading owners and operators of hydroponic farming facilities in the Middle East and North Africa (MENA). Its office is strategically located in Dubai, U.A.E., and serves as the headquarters for its global growing and distribution network.

“With over 150 years of combined market experience, Pegasus Agriculture continues to lead the MENA region in its goal to contribute to its independent food security,” said Mahmood Almas, chairman of the group.

The group has designed different hydroponic systems adapted to every different growing region to produce during a full 12 month period. The units designed for the Middle East have a double roof system to protect the plants from the sun.

Other indoor types of farms are adapted to Nordic countries like Russia and based on large buildings of concrete, using the latest generation of LED light. This system is much cheaper than advanced Dutch glasshouses, and also more productive,” added Almas.

Last year, Pegasus opened the first half of its 2 ha operation planned in Oman specialising in leafy greens. “2016 was the first summer crop, which was produced with success and we were able to control the high summer temperatures,” Almas said.

In a meeting on 16th August, the City Council approved the transfer of designated plots to Pegasus Agriculture, with the aim of constructing hydroponic farms. The structure is expected to be completed by May 2017, and the vast majority of the subsequently farmed produce is to be destined for export, the priority target being the UK.

Pegasus plans to invest two and a half million euros (€2.5 million) per hectare of production and employ 12 people in the first phase of production (of three phases). “This new investment with other companies that today are already in the business park confirms the location’s capacity to attract new companies and thus promote employability,” said President Mayor of Proenca-a-Nova, John Wolf.

Category: Uncategorized
Tags:  John Wolf, hydroponics, Mahmood Almas, Middle East, Oman, Pegasus Agriculture, Portugal, Proenca-a-Nova, UAE
We use cookies on our website to give you the most relevant experience by remembering your preferences and repeat visits. By clicking “Accept All”, you consent to the use of ALL the cookies. However, you may visit "Cookie Settings" to provide a controlled consent.
Cookie SettingsAccept All
Manage consent