With China’s 2017-18 apple harvest almost over, production volumes are down, apple sales are poor, and imported sizes are mainly small. Forecasts for China’s apple production are for 44.5 million […]
Tue 12/12/2017 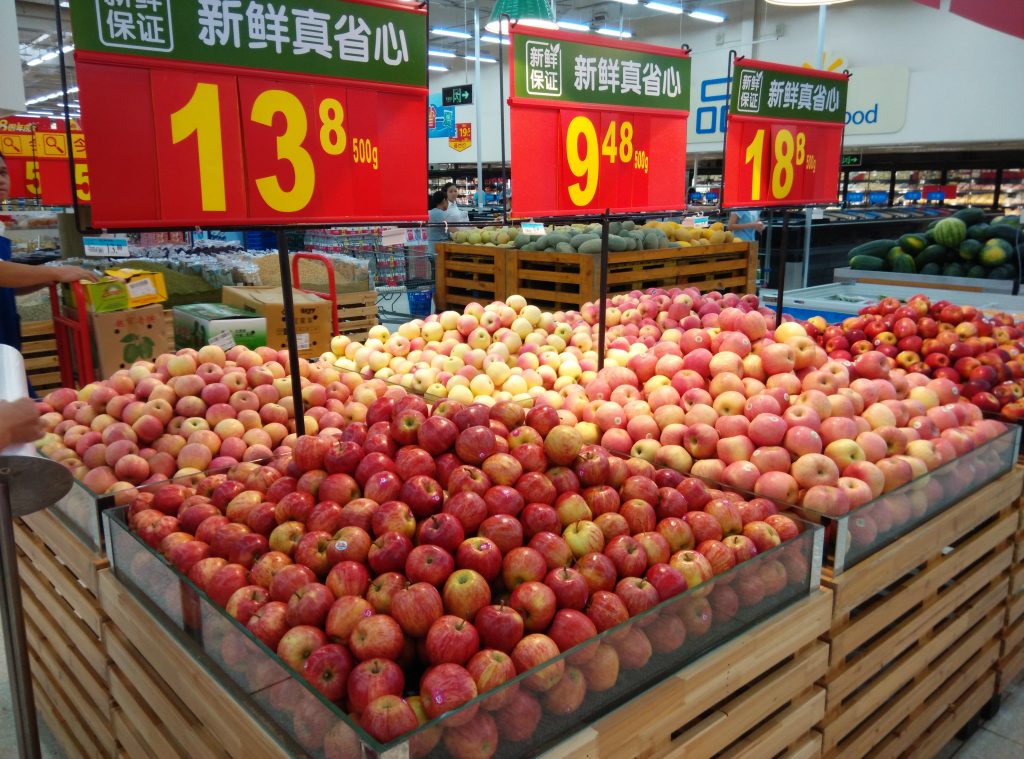 With China’s 2017-18 apple harvest almost over, production volumes are down, apple sales are poor, and imported sizes are mainly small. Forecasts for China’s apple production are for 44.5 million tons in 2017–2018, up 1% from last year, according to USDA data. Lengthy droughts and high temperatures in spring and summer resulted in a 5–10% drop in apple production in the eastern provinces of Shandong, Hebei, and Liaoning. This decline in output in the east is expected to be offset by increased production in western regions. The drought has also led to a smaller-sized apples. This year’s total planting area was 2.32 million ha – slightly less than last year’s due mainly to the renewal of old orchards in Shandong province and the fall in apple prices. In terms of varieties, Fuji still dominates China’s apple production, accounting for more than 70% of overall production.

China’s apple exports from January to October reached 1 million tons – a year-on-year increase of 0.68%. The top three export markets were India (131,000 tons), Thailand (89,000 tons) and Vietnam (77,000 tons). Exports to India were up 47.2% compared to the previous year. However, after India temporarily banned imports from China in June, China’s exports fell by 6.5% from July to October compared with the same period last year. Meanwhile, imports of US apples to India increased by over 40%.

Overproduction is the main cause of the low apple prices seen in recent years in China. Also, Chinese consumers are opting for other fruits that are appearing on the market. While the market share of apples has fallen in the past ten years, China’s overall fruit production has grown by 10 million tons per year, reaching 283 million tons in 2016. So, unless the question of oversupply is addressed, apple prices will continue to fall.

Category: Uncategorized
Tag: China; Apples; Oversupply; Exports; 2017-2018
We use cookies on our website to give you the most relevant experience by remembering your preferences and repeat visits. By clicking “Accept All”, you consent to the use of ALL the cookies. However, you may visit "Cookie Settings" to provide a controlled consent.
Cookie SettingsAccept All
Manage consent