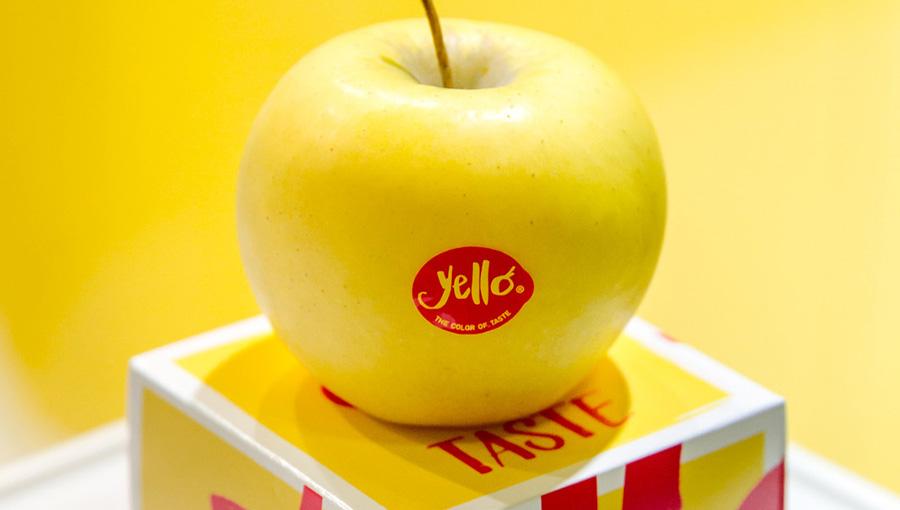 Having already conquered Japan and Europe, the Shinano Gold variety crosses new frontiers. The innovative yello® club apple produced in South Tyrol exclusively by the VOG and VIP consortiums, will roll out an extensive expansion programme. At Fruit Logistica, the VOG and VIP consortiums signed an agreement with Montague Australia for the cultivation of Shinano Gold. More detailed tests are also being launched in the United States and South Africa.

Attending this important moment were the president of the VOG Consortium, Georg Kössler, the president of VIP, Thomas Oberhofer, representatives of Montague Australia, Scott Montague and Rowan Little, and Gerhard Dichgans, responsible for the project.

“The sub-license foresees, for the moment, the cultivation of twenty-five hectares, although there is the option to extend the surface up to fifty hectares,” said Georg Kössler, speaking on behalf of the two consortiums, VOG and VIP.

“In Australia, the tests carried out have yielded very positive results,” said Scott Montague, of the Montague company, based in the state of Victoria, Australia. “The territory in which we have planted the first apple trees has proven to be especially suitable for growing this premium variety. This is why we have stipulated the sub-license agreement with VOG and VIP: so in Australia we can also produce the first quantities of yello®”.

As part of the extension of a test contract agreed with Nagano Prefecture in Japan, more Shinano Gold apple trees will be planted in the United States and South Africa. The tests will be carried out in collaboration with Columbia Fruit Packers and McDougall & Sons, two companies of Wenatchee, in the state of Washington (United States of America) and Fruitways Farming, company of Elgin (South Africa), three historical partners of VI.P and VOG within the International Pomefruit Alliance (IPA).

“This new apple has all the potential to change the segment of yellow-skinned apples: with its slightly exotic and tropical aroma, its crispy and juicy pulp, it responds to the demands of the modern consumer,” underlines Gerhard Dichgans, who has perfected the contract on behalf of VIP and VOG. “We have already registered the yello® brand in more than sixty countries and as of this year we began to expand its borders in a very concrete way throughout the world.”

The variety, marketed under the yello® brand, is called Shinano Gold and was developed in Japan, thanks to a development programme of the Nagano Experimentation Centre, which crossed the Golden Delicious and the Senshu.

yello® has a full yellow skin, a firm texture and a sweet, crispy and juicy heart. It also distinguishes itself by offering excellent conservability and a remarkable qualitative record. It was first marketed in Italy in November 2016. Thanks to the agreement with Nagano Prefecture, the worldwide exclusive production and marketing license belongs to VOG, the Consortium of Fruit and Fruit Cooperatives of Südtirol, and VIP, the Association of Fruit and Vegetable Producers of Val Venosta.