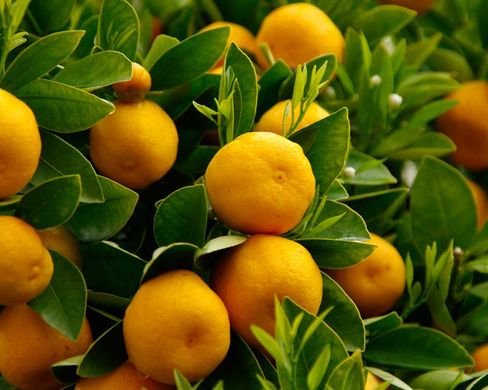 President of the Valencian Association of Farmers (AVA-ASAJA), Cristóbal Aguado, and general secretary, Juan Salvador Torres, met in Brussels with Joao Onofre, head of the fruit and vegetables unit of the management General of Agriculture of the European Commission, and with Jesús González-García, specialist in citrus fruits of the same department, to highlight the disastrous consequences of the increase in the citrus imports from third countries resulting from the EU’s commercial agreements. The meeting was also attended by Daniel Acevedo, director of commodities, trade and technology of COPA-COGECA.

The Valencian agricultural leaders delivered a document, based on official data from the Ministry of Agriculture, in which it can be seen that during the last six years – between 2013 and 2018 – the main countries exporting citrus fruits to Europe have increased their shipments by 40%, especially Egypt, with an increase of 88.8%, and Morocco (112.8%). South Africa remains the country with the highest volumes sent to the EU markets.

The president of AVA-ASAJA, Cristóbal Aguado, affirms that “after the intense campaign of mobilizations that we have carried out to denounce the disastrous exercise that the producers are suffering, now we are already immersed in the negotiation process and that is why we are here, before the representatives of the Commission to show them with figures in hand that the commercial agreements signed under conditions of clear competitive disadvantage for European productions and without applying the minimum criteria of reciprocity required place us in an increasingly complicated situation. The growing pressure exerted by tangerines and foreign oranges, both at the beginning of the campaign and already mediated since January, is having devastating effects that will go further in the coming years.”

Indeed, Aguado told the representative of the Commission that “in South Africa, 10,000 hectares of late tangerines have been planted, which will produce some 600,000 tons in the coming years and whose main destination will be Europe, where they will overlap with ours just as we begin the season.”

Likewise, and in order to prove the competitive disadvantage and the comparative grievance implied by the commercial treaties, the leaders of AVA-ASAJA delivered a document detailing 19 active materials for treatments against pests and diseases, whose use is prohibited in Europe, they are authorised in countries that introduce their citrus fruits to the community territory.

During the meeting, the representative of the Commission undertook to carry out a detailed study in order to properly assess the impact that these preferential agreements with third countries are having on European citriculture, a study that is the necessary previous step to establish future safeguard clauses.

Source: AVA-ASAJA based on data from the European Statistical Office Eurostat