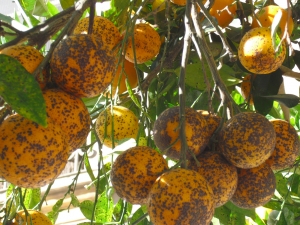 The Valencian Association of Farmers (AVA-ASAJA) has denounced the attempts of producers and commercial operators of South Africa and Argentina in improving the safety of their shipments of citrus fruit sent to the EU. South Africa informed the European Commission (EC) that it will suspend, as of September 22, its exports to Europe of Valencia oranges coming from areas contaminated by black spot in order to reduce the risk of this serious disease arriving in Europe. Likewise, the Service of Health and Agroalimentary Quality (Senasa) of Argentina has opted to interrupt inspection of lemons destined for the EU and to stop exports after three new interceptions of black spots in August, meaning the number of detections in the current campaign has reached seven.

However, the AVA-ASAJ is not satisfied with these measures, pointing out that neither of these two countries plan to suspend shipments of late tangerines – Nadorcott, Tango and Orri – to Europe, when in fact these citrus varieties are also susceptible to attack by the black spot It should be pointed out that the bulk of the mandarin export campaign originating in South Africa and Argentina is now starting its peak, while its season of Valencias late and lemons has already entered a certain decline.

President of AVA-ASAJA, Cristóbal Aguado, said, “What these two countries are doing constitutes a joke, since these decisions temporarily suspend only the part of the shipments that they are interested in and keep, at the same time, the export of the varieties that suit them.” Aguado insists that the EU does not allow what he calls a cosmetic operation to risk the health of European crops.