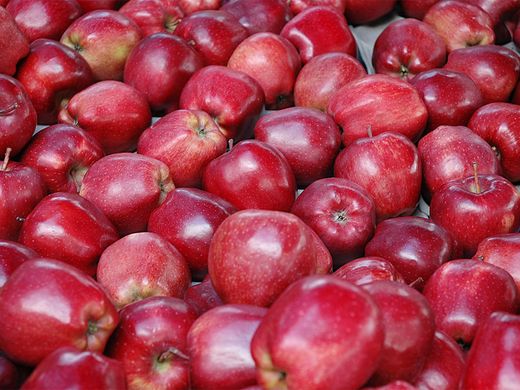 The high apple stocks in the EU combined with the arrival of Southern Hemisphere fruit is putting severe pressure on prices. As of April 1, stocks were at 2.3 million tons, which is 1.1 million tons more than in 2017-18 (an unusual year), and 210,000 tons more than the more typical season of 2016-17, according to data from the World Apple and Pear Association (WAPA).  A large proportion of these stocks come from Poland, but there are large differences between one variety and another. The German market had been dominated by local supplies, but is now turning to purchases from northern Italy. The UK and Scandinavian markets continue to be active, but Eastern Europe remains flat. One bright ray of hope for the EU’s apple producers is that the Middle East is proving to be a reliable destination. Another great hope is the Indian market, which now receives exports from Italy, since China and the US halved their shipments. According to latest Southern Hemisphere crop estimates, the volumes shipped to Europe will be lower than predicted, with New Zealand’s estimates cut by 10%.