Add
Consumers are increasingly seeking organic food, which they perceive as good for their health and the planet, but they are also becoming more discerning and receptive to other marketing claims and certifications.
Tue 24/05/2022 by By Julie Butler @FreshScribe 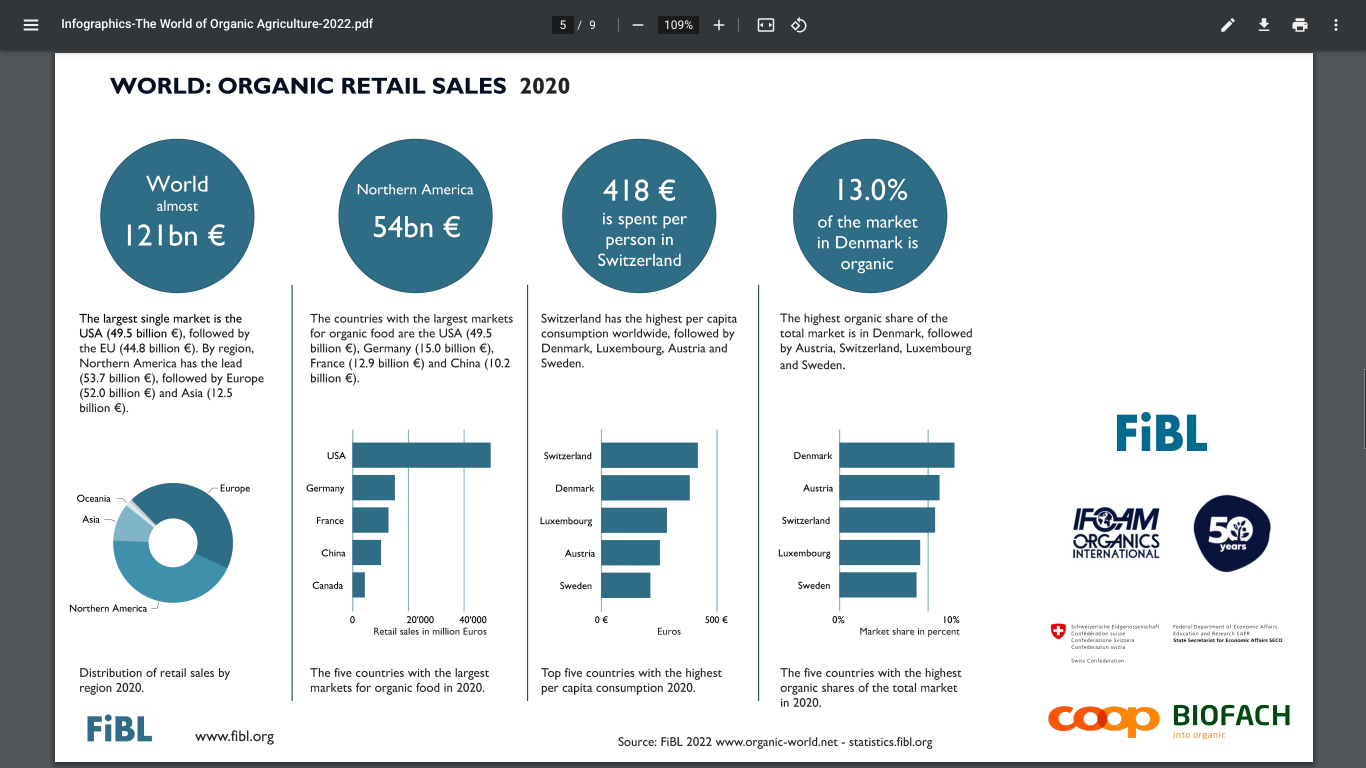 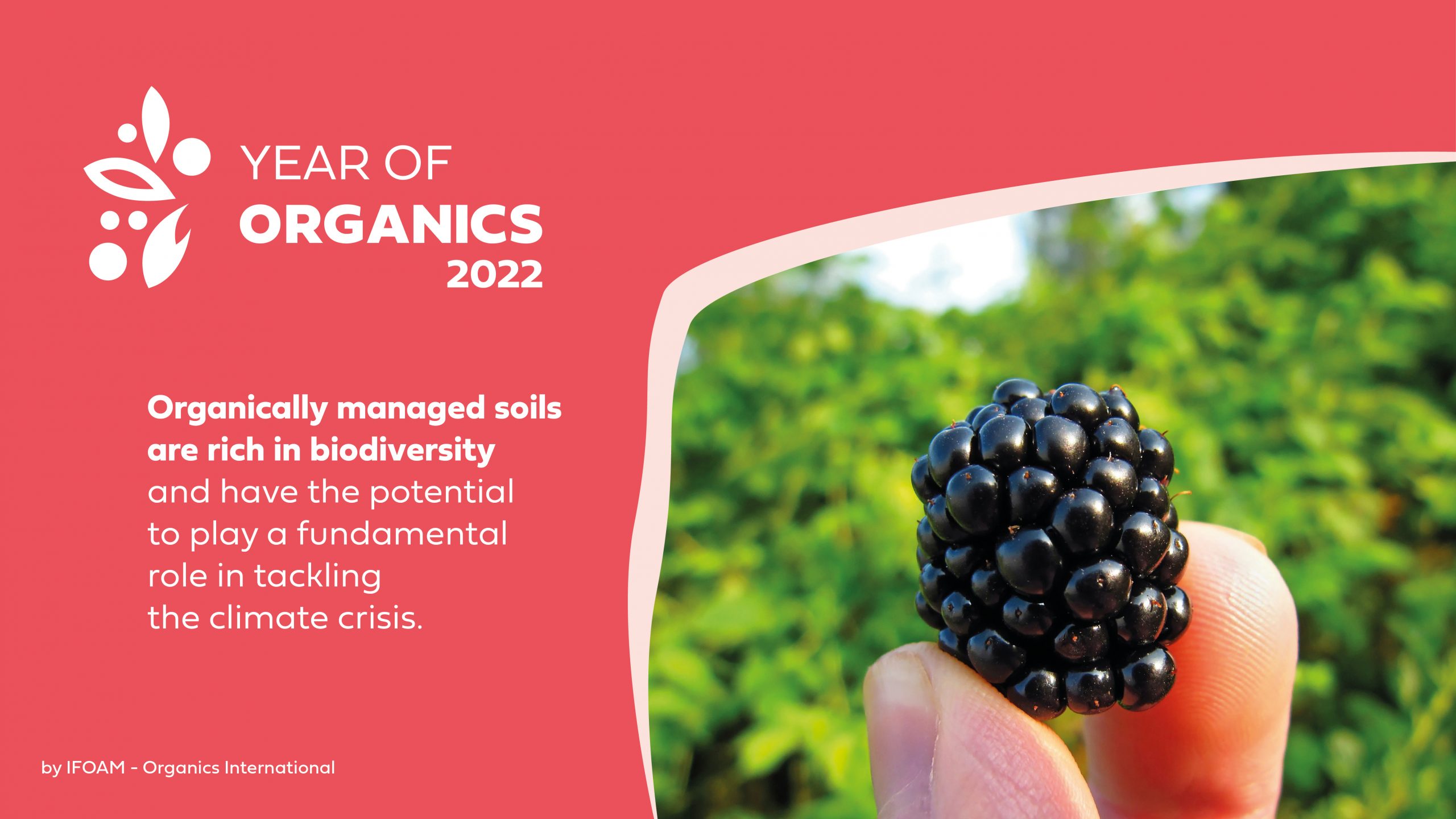 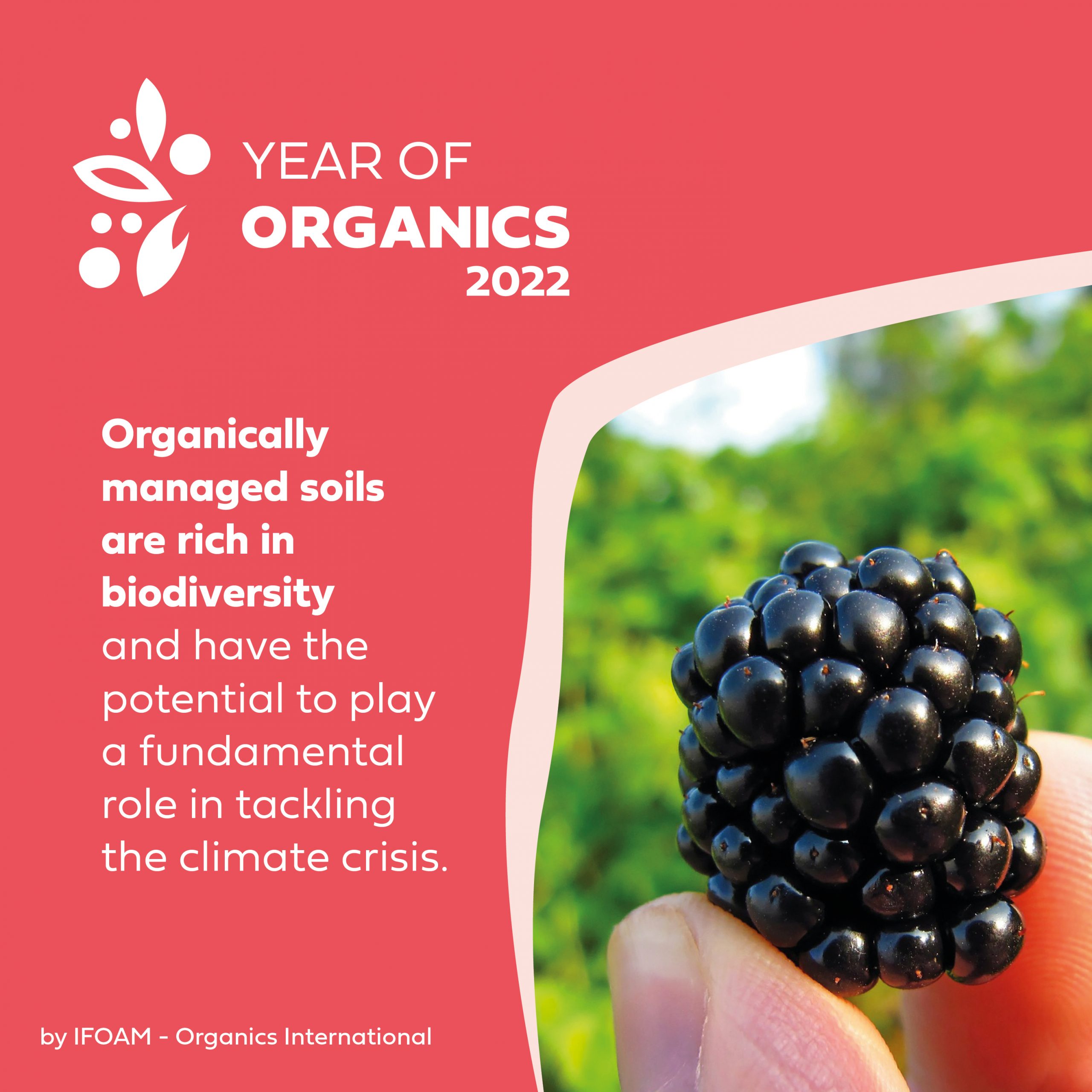 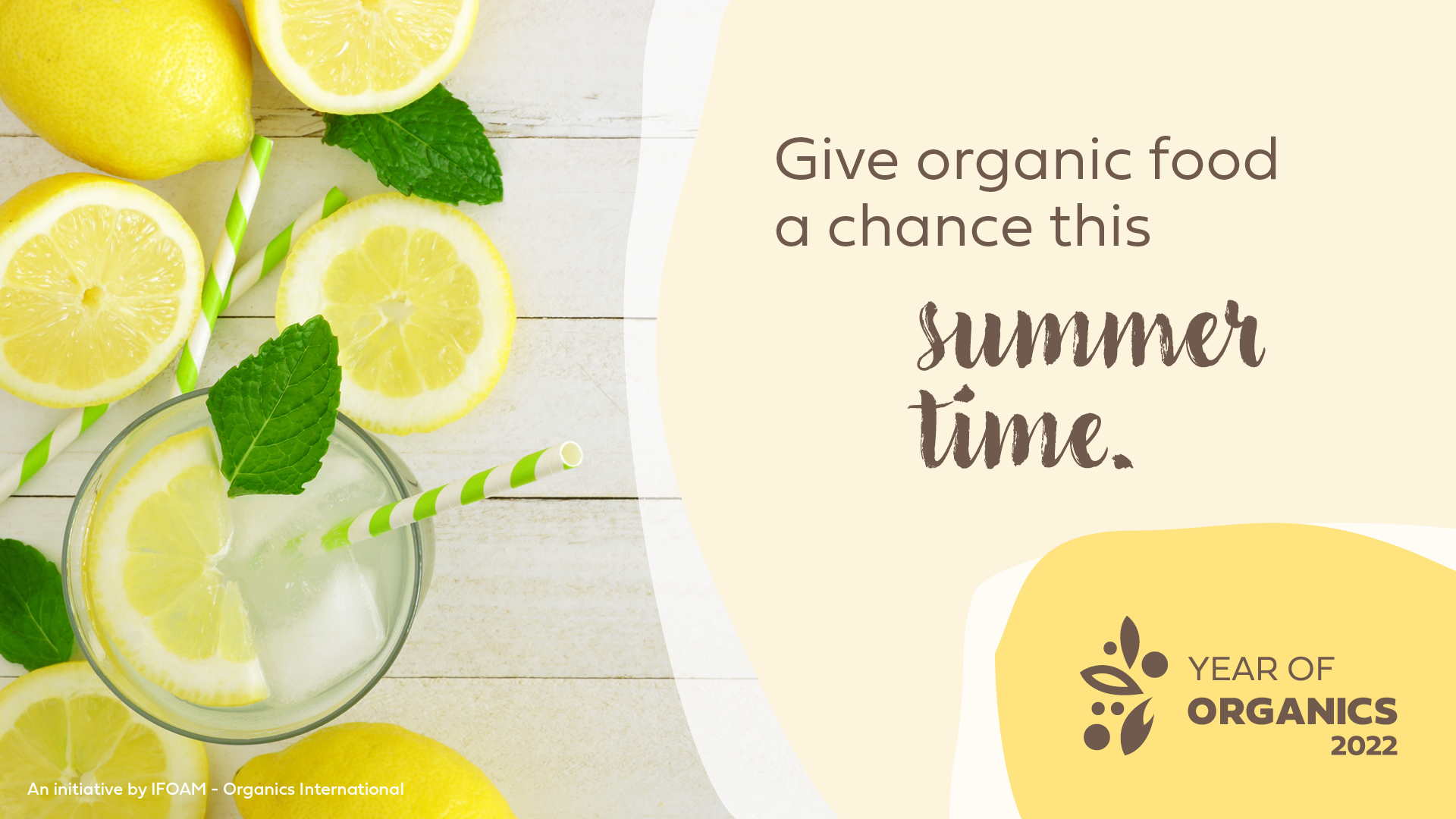 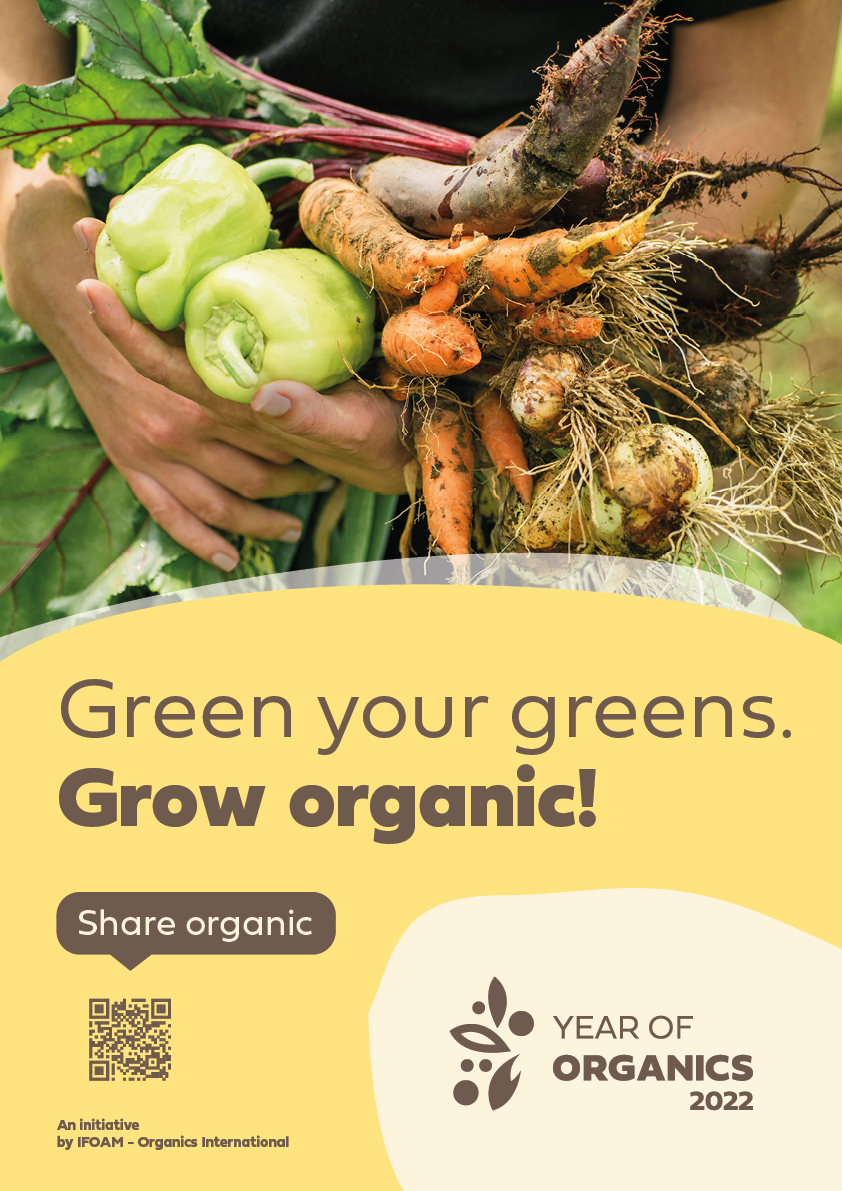 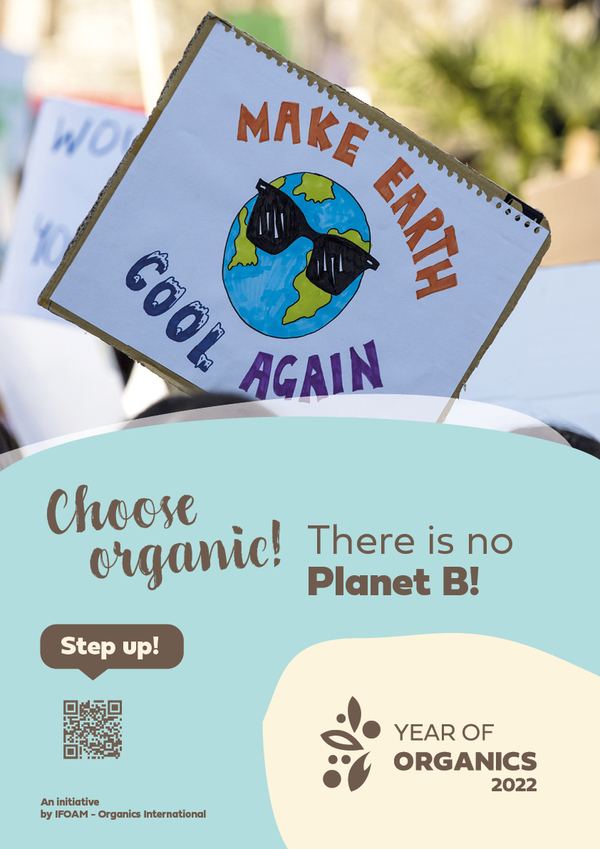 Organic food and drink sales surged during the pandemic, so much so that the global market for organic food climbed by €14 billion in 2020 – the highest growth in a single year – to a total value of over €120 billion. The US continues to be the leading market (€49.5 billion), followed by Germany (€15 billion, +22%) and France (€12.7 billion). Swiss consumers spent the most on organic food in 2020 (€418 per capita) while Denmark continued to have the highest organic market share at 13% of its total food market. North America and Europe comprise most sales, with a combined share of 90%, but other regions, especially Asia, are the source of most of the growth as the organic food markets gain ground in countries such as China, India and South Korea. These were among the latest figures on global organic farming released in February by the Research Institute of Organic Agriculture (FiBL) and IFOAM – Organics International, together with BIOFACH, the organic food trade fair. Other data in the 2022 edition of “The World of Organic Agriculture” report – which presents the results of the annual survey on organic agriculture worldwide – suggests growth in the organic food and drink market should continue in the coming years. However, there are also signs of some challenges ahead.

Changes on the retail landscape

Organic fruit and vegetables continue to be popular with European consumers. The report says organic vegetables have the highest market shares after eggs, representing 10% or more of the sales value of all vegetables sold in countries such as Switzerland, Austria, Denmark, Sweden, and Germany. In the latter, fresh carrots and fresh pumpkins alone have a nearly 30% market share. Also in Germany, supermarkets have become the driving force in the market and specialised retailers face stiffer competition. In Germany in 2014, 33% of all organic products were sold in organic food shops but this fell to 24.6% by 2020. And just as they have for the grocery market in general since the pandemic, online retailers have been snatching an increasing share of organic food sales, a trend expected to continue in the next few years, partly thanks to the growing purchasing power of millennials and Gen Z.

“More can be done to meet consumer concerns about climate change, soil health, animal welfare, and the health and well-being of humans and workers.”

Future: supply chains that are more local and regional

The report also warns of challenges, including persisting supply chain issues. The pandemic, and consequent shipping and other logistics disruption, have shown the importance of having supply chains close to home as organic food companies relying on organic ingredients from other geographic regions were among those worst affected. It’s likely there’ll be a push to more local – if not regional – supply chains and that greater access to a safe, nutritious and resilient food supply will rise on political agendas, leading to an increasing role for organic food production and the likelihood of governments investing more in organic farming. There is also a warning that if production does not keep pace with the rising demand, there could be product shortages and higher prices, with a flow-on higher risk of fraud involving conventional foods falsely labelled as organic. A move towards transparency and traceability in supply chains is thus set to gain impetus, with traceability tools such as blockchain technology used to help maintain the integrity of organic products.

The report says to expect greater competition for organic products from sustainability standards and eco-labelled products, a concern echoed in the US, where over 15% of the fruits and vegetables sold now are organic, according to the US Organic Trade Association (OTA). Regenerative, climate-friendly, real organic, organic regenerative, non-GMO, grass-fed, animal welfare certified – these are just a few examples of marketing claims and certifications that are gaining steam in America, the OTA says. Whether the USDA Organic label is still breaking through to consumers in a crowded marketplace, and if the Organic seal should be modernised to capture innovations and claims that are appealing to consumers, are among issues being addressed in workshops that will help inform updates to the over 30-year-old Organic Foods Production Act in the next US farm bill. “Much more can be done to meet the evolving expectations and demands of consumers concerned about the impacts of our food system on climate change, soil health, animal welfare, and the health and well-being of humans and workers,” the OTA says.

In 2020, the EU imported a total of 2.8 million tons of organic agri-food products with the biggest volumes going to the Netherlands (much of which is for resale to other EU countries), followed by Germany and Belgium. Of these imports, 1.29 million tons were organic fruit and vegetables, with vegetables accounting for just 0.15 million tons and the majority – 0.84 million tons (+9% on 2019) – in the category of tropical fruit, nuts and spices. Tropical fruit – mainly sourced from Ecuador, Dominican Republic and Peru – is thus still the EU’s top organic agri-food import, with bananas making up 81% of the category. Citrus (+31%) and other organic fruit (+7%) imports also increased, while imports of vegetables and preparations were stable, according to the 2022 edition of The World of Organic Agriculture.

This is the Year of Organics

This year is a special one for the organic sector, with various firsts, starting with January 1 being the day from which the EU’s new organic laws have applied. At time of writing, on May 3, the organic action plan for the EU, which sets out to achieve the European Green Deal target of 25% of agricultural land under organic farming by 2030, was due to be voted on by the European Parliament. This is also the year of the first ever EU organic awards, with the winners to be announced at a ceremony on 23 September, the new annual EU Organic Day. From July 1, the UK had planned to require certificates of inspection for organic food from the EU, but in late April this and other new post-Brexit border control measures were postponed indefinitely. This is also the year that IFOAM Organics International will turn 50, IFOAM Organics Europe 20 and IFOAM Organics Asia 10. To mark these milestones, they are dedicating 2022 to celebrating the benefits of organic agriculture for people and the planet.