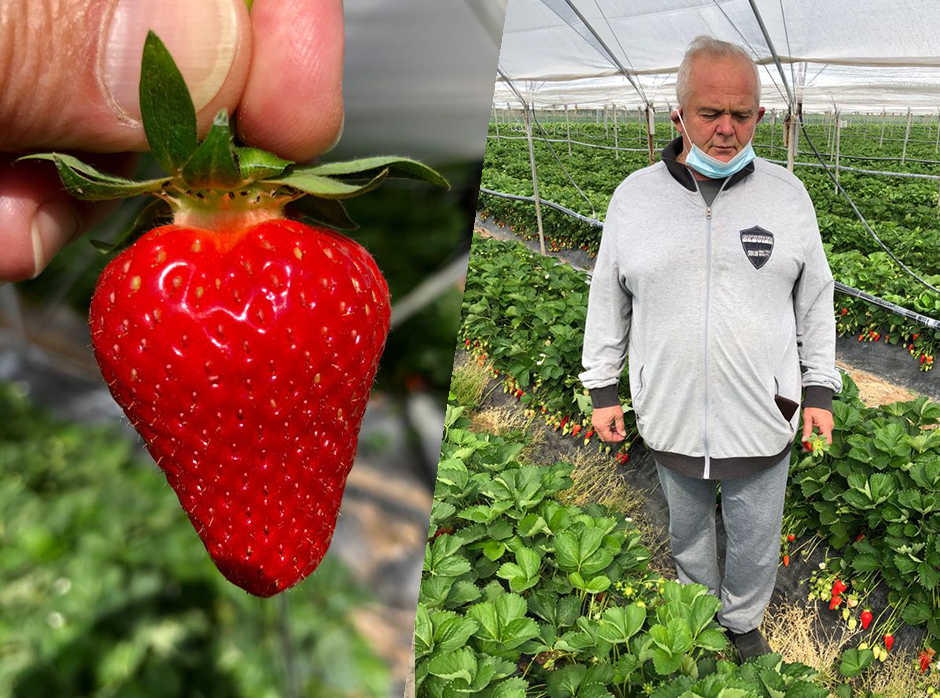 Technicians and growers agree: the characteristics of this fruit “rank Lycia® among the premium fruit varieties of northern Italy and the transalpine area.”

In the wake of such successes as OneborPBR, Marmolada®, SibillaPBR, ApricaPBR and CleryPBR, the Ferrara’s Consortium presents Lycia® CIVNB557*, a new variety boasting innovative characteristics that make it a unique agricultural and commercial achievement, as has been confirmed by the technicians and growers who have monitored its progress since the early testing stages.

Giancarlo Caloi and his independent technician Giorgio Perbellini manage Zeba Elena farm in the Verona area, where they have been growing LYCIA® CIVNB557* for several years.

This year, Caloi confirmed the excellent quality and productivity results for this fruit variety. This was thanks to its long ripening times, ensuring a harvest window of approximately 45-55 days (which this year began around on 10th April).

“As well as a wide harvesting time window, an important aspect consists on the fruit’s quality which maintains well while still on the plant. This means that, even if they are not harvested immediately when the skin colouring is complete, rather than spoiling quickly they accumulate sugars and maintain good pulp consistency, skin strength and a bright red colour. This also implies a good shelf-life, facilitating the packaging processing of the fruit in the warehouse (as damage caused by handling is reduced) and its sale.”

Perbellini concludes by highlighting a significant agricultural factor which he has also observed in other farms that cultivate using tunnel systems:

“Good sized plants – such as those in the A or A+ category with a well-formed crown – have a generous amount of flowering stems, making them doubly productive between autumn and spring. On average, each plant can achieve a production of between 100-150 g in October. Then, as the temperatures drop, the plants effortlessly prepare to produce fruit again at the end of the winter period, with their production cycle coming to a halt in spring with a generous yield. What’s more, the plant in itself is very fruitful (each averaging a total production of about 750-900 g). The A- category plants, on the other hand, are more suitable for spring-only production.”

Technical consultant Germano Gabanini describes a similar experience with LYCIA® CIVNB557* in Cesena, with regards to the 2021 Season sales campaign.

“As for the plant’s attributes, LYCIA® CIVNB557* is generally characterised by a compact growth habit whose semi-erect morphology facilitates fruitfulness both in open fields and in tunnel systems. Moreover, like many CIV varieties, it is known for its excellent  rusticity as well as tolerance against powdery mildew and fungal diseases, allowing it to be grown even in fatigued soils that have been subject to a strawberry monoculture for many years.”

Gabanini seconds the claim of his Verona-based colleagues regarding the fruit’s wide harvesting time window, ability to maintain well while still on the plant (meaning it can be picked periodically every 3, 4, 5 or even 6 days) and productivity levels (which exceeded 1 kg per plant in Romagna as of 21st May).

Gabanini proceeds to dwell on the fruit’s qualitative characteristics:

“LYCIA® CIVNB557* has an excellent flavour with an average sugar content ranging from 8 to 9 degrees Brix. The fruit is bright red and never turns dark, not even in late harvests. Its elongated shape and the crunchy consistency of its pulp are in some ways reminiscent of the strawberries grown in southern Italy. It is this very characteristic that distinguishes it so starkly from other varieties, placing LYCIA® CIVNB557* in its own league of exceptional quality June-bearing strawberries with high chilling requirements, which are normally known to be less crunchy and more heart-shaped.”

From a commercial perspective, Gabanini, Perbellini and Caloi agree that “retailers are very satisfied and recognise the fruit for its quality, thus positioning LYCIA® CIVNB557* among the premium fruit varieties of northern Italy and the transalpine area.”

Operating since 1984, the programme has developed according to four strands of research: strawberries for temperate Mediterranean climates, for continental climates, Alpine strawberries, and varieties suitable for industrial processing. Traditional techniques and developing new varieties that ensure high yields and excellent-quality fruit, together with the plant’s natural hardiness and vigour: these are the main factors that CIV draws on to offer the national and international market not just quality, but also maximum environmental sustainability.

CIV (Consorzio Italiano Vivaisti, “Italian Growers Consortium”) is Italy’s front runner in fruit variety innovation and the production of certified propagation material. Operating since 1983, and based in San Giuseppe di Comacchio, in the Ferrara province, CIV consists of three Italian nurseries that are leaders in their sector: Vivai Mazzoni, Salvi Vivai and Tagliani Vivai. Thanks to synergy, experience, and significant research investments, CIV is able to offer cutting-edge products that are more sensitive to the needs of the market. Demonstrating impressive foresight, for years CIV has been committed to selecting varieties that produce high-quality yields which consume less energy and have a low environmental impact. Every year, the three nurseries produce a total of around 5 million rootstocks, 3.5 million apple, pear, and stone fruit trees, and 150 million strawberry plants.  CIV is a founding member of the International New-varieties Network (INN), a worldwide association of nurseries dedicated to exchanging, evaluating, and marketing new varieties in the world’s main growing regions.