Add
Company news
Massimo Biondi talks about it as organic producer and President of Canova, the leading organic production company of the Apofruit Group
Tue 10/01/2023 by AOP Gruppo Vi.Va. 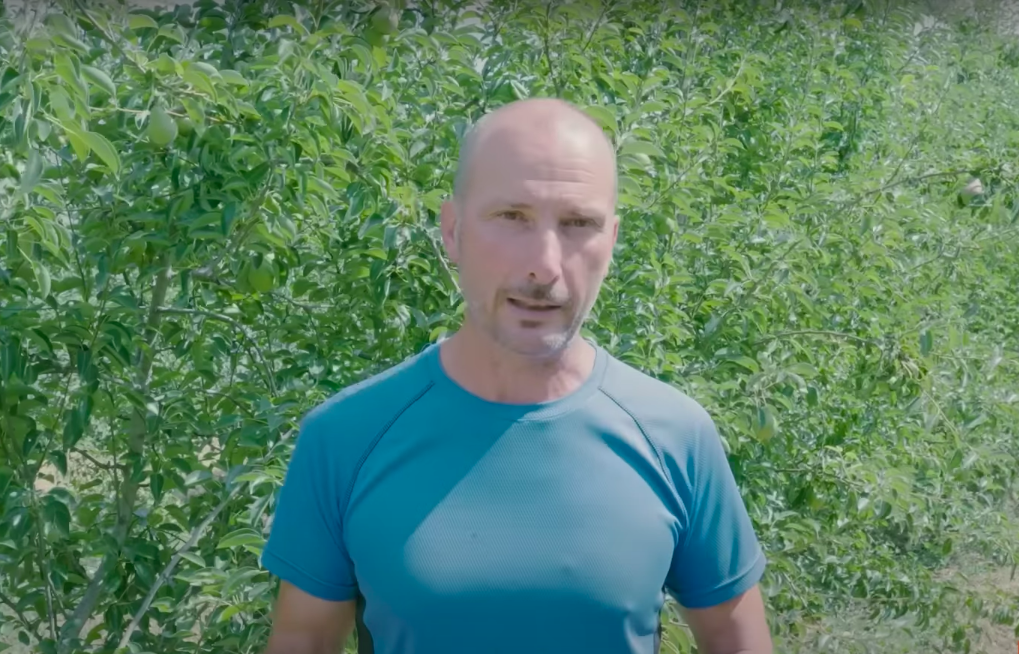 Massimo Biondi, is organic and biodynamic producer and President of Canova

The European project It’s Bio promoted by EU and AOP Gruppo Vi.Va turns the spotlight on a key issue of organic production: biodiversity, one of the pillars that characterize organic farming.

Biodiversity is considered one of the fundamental aspects to evaluate the health of our ecosystem and it has been the protagonist of the recent COP15 in Montreal, the United Nations summit in which the importance of animal pollination was affirmed for two thirds of the world food production. An extremely important fact because biodiversity is connected to this. A greater wealth of biodiversity, in fact, implies a better quality of the soil, air and water and, consequently, of the products that are grown and consumed.

Due to its importance and its effects on people’s health and the environment, biodiversity is one of the challenges taken up by the European Union which, since 1992 with the Habitats Directive, has been protecting natural species, plants and natural areas on the continent. In the last hundred years, as highlighted by IFOAM, at least 75% of agricultural biodiversity has been definitively lost and, for this reason, within the strategies of the Green Deal, a series of actions have been included to counteract the reduction of species, promoting the creation of protected areas comprising at least 30% of the land and sea surface, the restoration of degraded ecosystems and the planting of at least 3 billion trees but, above all, a change in the way in which fruit and vegetables are cultivated, produced and consumed vegetables, basic elements of human nutrition.

Organic farming is the most important ally to achieve these goals, both in the field and in the choice of what is brought to the table. A comprehensive analysis of 66 comparative scientific studies reported in FIBL’s Organic Agriculture and Biodiersity report shows that organic farming systems have a positive effect on field flora and fauna with, on average, +30% more species present, including birds, predatory insects, spiders, essential for the defense and well-being of the plants themselves. This is because a better quality of the soil, above and below ground, establishes a virtuous circle of give and take, reducing desertification and promoting the conservation of plant species without resorting to the use of pesticides and defense chemicals. Each country has indigenous products, such as wild vegetables and grains, which have adapted to local conditions, making them more resistant to parasites and extreme weather conditions.

The choice and the consumption of fruit, vegetables, and processed products of organic origin mean supporting farmers and companies that work for sustainably, but also investing in the future well-being of the earth and one’s own health. A balanced ecosystem, which protects all living beings, also allows for a better selection of products, and the protection of agro-biodiversity, the natural heritage that allows you to bring different species of fruit and vegetables to the table, essential for well-being and health.

The consumption of different varieties of fruit and vegetables allows us to obtain the nutrients, phytonutrients and dietary fibers they contain and it promotes a good health, as underlined by the FAO 2022 report, which highlights that the intake at regular and daily intervals of 300–600 g of fruit and vegetables per day (200–600 g of vegetables and 100–300 g of fruit) allows to achieve the double objective of human health and sustainable food supply without negative effects on environment (Afshin et al., 2019; Loken et al., 2020; Willett et al., 2019).

Massimo Biondi, who is organic and biodynamic producer and President of Canova, the company of the Apofruit Group, leader in the production of European organic fruit and vegetables and associate to the Almaverde Bio brand, has talked about the importance of conserving biodiversity and organic farming: “Protecting biodiversity is a great benefit of organic production and it deserves our attention and care. It starts from the soil, which, cultivated with organic methods, is enriched with native fauna, earthworms, beetles, saprophytic bacteria, which makes it more fertile and favoring the birth of different herbaceous plants, including legumes that release nitrogen. The presence of different species of pollinating insects helps the fertility of the cultivated plants which produce better and with an ecological balance of the entire environment, in addition to a more resistance to diseases. The complexity of these mechanisms makes every step taken in the field, at the level of agronomic or varietal choice, a decisive strategy for balancing food production and nature and is the basis of organic production.”