Supplies in US citrus market fall

The US 2019/20 citrus crop is projected to be down 4% to 7.63 million tons from the previous season. Declines in overall production can mostly be attributed to smaller lemon, tangerine, and mandarin crops in California, according to the USDA. Orange production in California has remained stable since last season. Citrus production in Florida has also remained stable, with just a 1% decline in orange production, and significant increases in grapefruit, tangerine, mandarin, and tangelo production over last year. Overall decreases in production of lemons, tangerines, mandarins, and tangelos are expected to result in increased imports, and higher prices compared with last year. 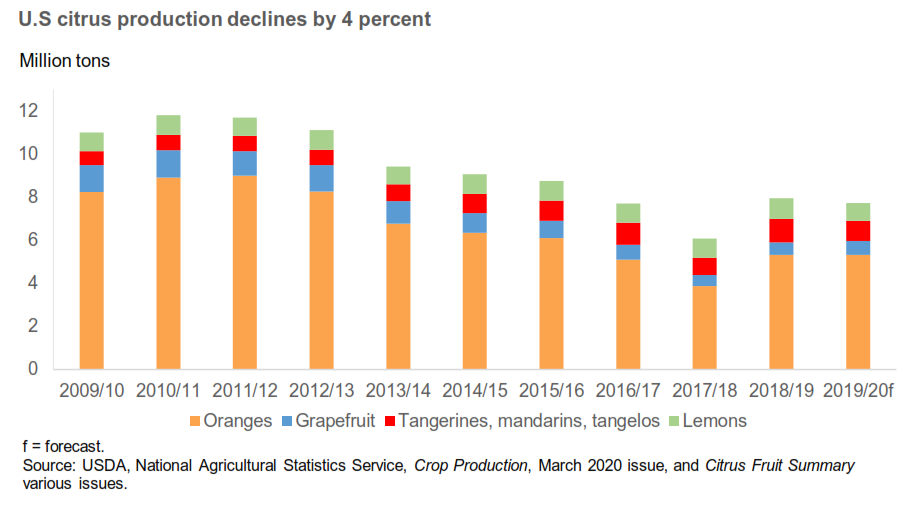