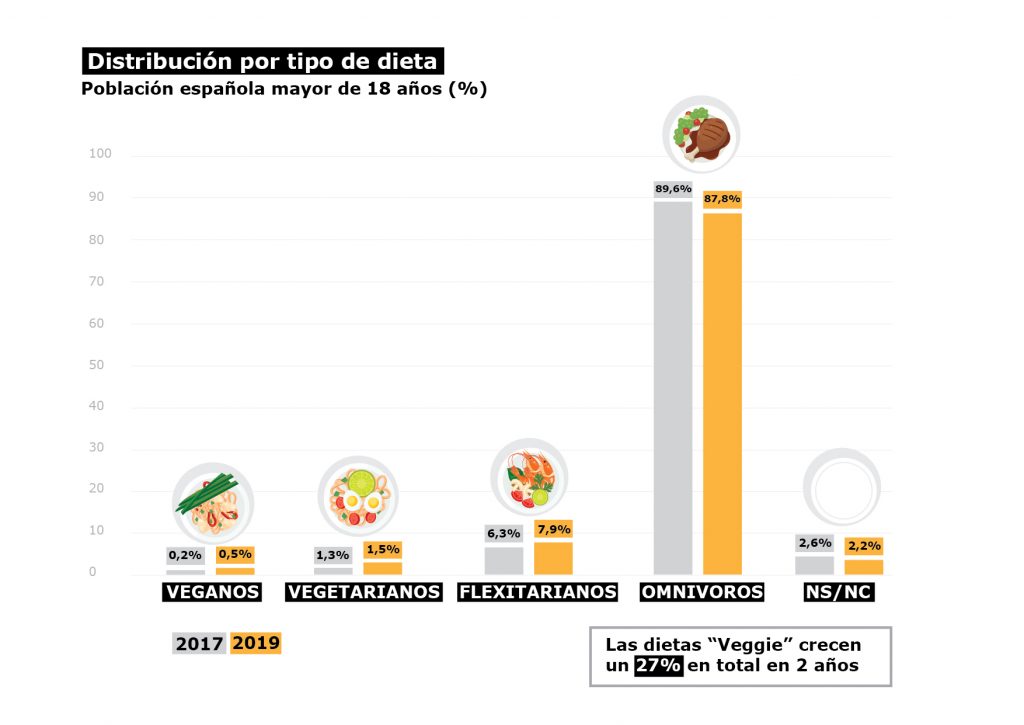 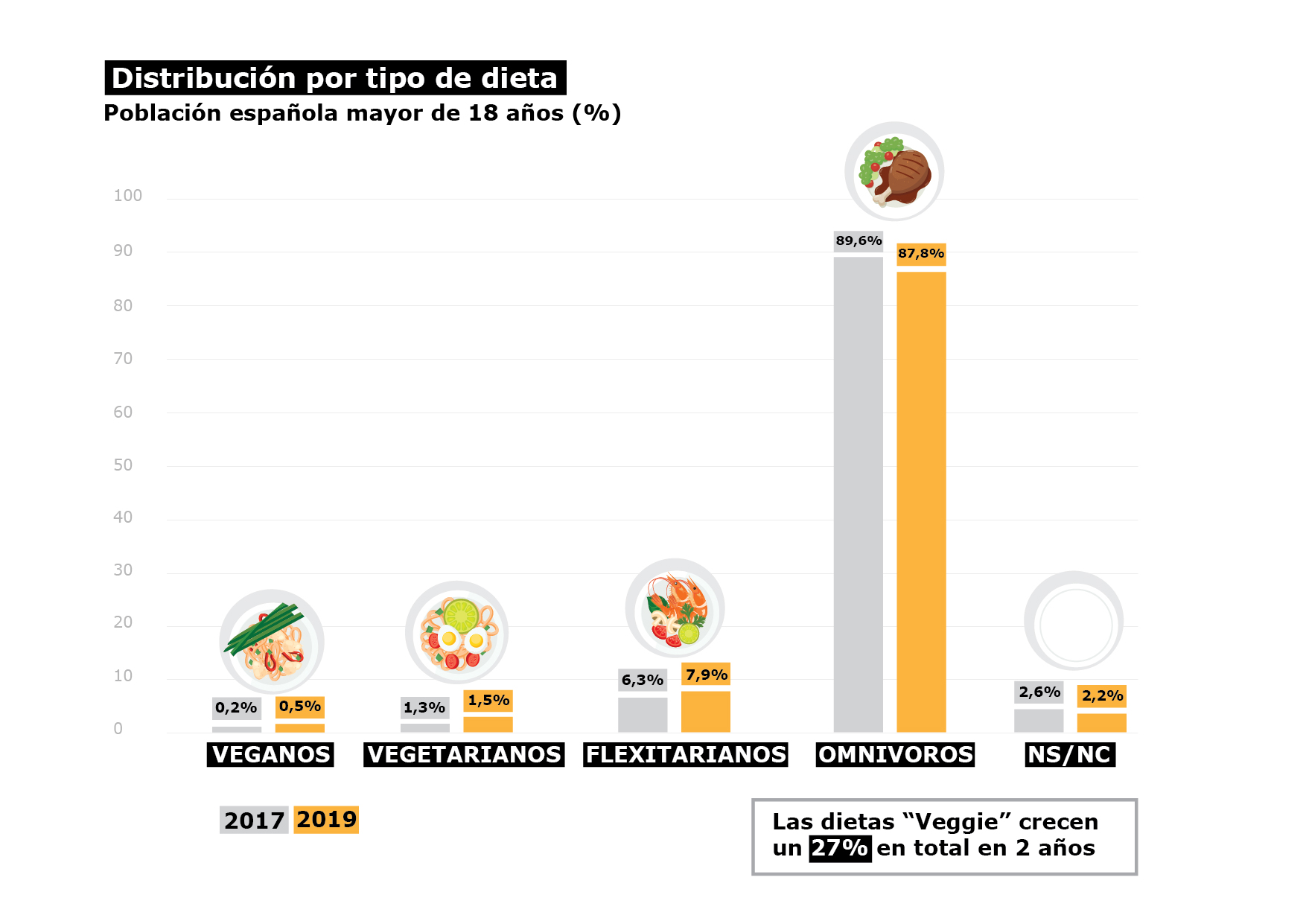 The Spanish, renowned for their love of meat, are shifting their eating habits. In the last four years, 2.1 million Spaniards have switched to vegetarian diets, according to The Green Revolution report, carried out by consultancy firm Lantern in 2021. Spain now has 5.1 million consumers who identify as flexitarians, vegetarians or vegans.

The study’s first report, written in 2017, found that 7.8% of the Spanish adult population acknowledged that their diet was based on vegetables. Two years later, in 2019, this figure increased to 9.9% and in 2021 the number will rise to 34%, representing 13% of the adult population in Spain. In this segment, flexitarians are the most numerous group, accounting for 10.8% of the Spanish population, followed by vegetarians, who account for 1.4%, and in third place are vegans, 0.8% of the national population. The strong increase in the number of vegans is significant, which has grown by 60% compared to 2019, a growth experienced at the expense of the number of vegetarians, which is slightly decreasing.