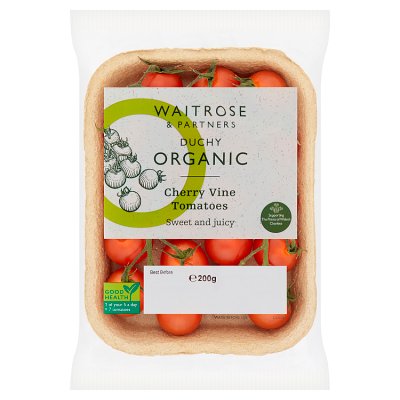 Waitrose reports a significant rise in organic sales. The supermarket commissioned a OnePoll survey, which showed that a quarter of respondents had increased the number of organic items in their shopping baskets or bought organic produce for the first time over the past 12 months. Around 61% of people said they would like to buy more organic products in future.

Top of the list of reasons for buying more was a concern about the environment and climate change, cited by 39% of people. That was closely followed by concerns about food standards, and a renewed interest in cooking, both of which were cited by 36%. A third of respondents said reconnecting with nature and wildlife had also influenced their shopping habits.

Waitrose also noted an increase in sales of its Duchy Organic brand, which are up over 10 per cent compared to last year, with organic fruit up 15%.

Elen Ormson, Waitrose Duchy Organic brand manager, said: “More time at home has brought an increased awareness in where and how food comes to our kitchen tables. Waitrose Duchy Organic has grown to become the UK’s largest organic food and drink brand and, after a year of record sales, is sporting a new look which better reflects the animal welfare and sustainability credentials which we know are so important to our customers.”