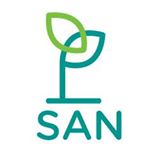 SAN and GLOBALG.A.P. have been working since 2015 to identify commonalities and differences between the GLOBALG.A.P. and SAN Standard.

SAN is the standard upon which Rainforest Alliance Certification is based. These tools will include combined checklists, which will enable farms to be evaluated against both SAN and GLOBALG.A.P. audits at the same time.

A single auditor may be used as long as the certification body is approved by both organisations. Although the audit process would be combined, the issuance of certificates will remain independent.

“we are pleased that this new collaboration will make it quicker, cheaper and easier for SAN/ RA certified producers who choose to add GLOBALG.A.P. Certification. SAN is committed to finding such ways for producer organisations to benefit from new market opportunities arising from the increased demand for certified products. This is a good example of standards coming together and collaborating to put the needs of farmers first.”

“We are proud to deliver our promise made not even a year ago to push forward for more collaboration,” said GLOBALG.A.P. CEO Kristian Moeller.

“Combining audits of standard owners that build fruitful relationships is a major building block for the future of certification.” Technical teams from both organizations conducted an intensive comparison between the Sustainable Agriculture Network (SAN) and GLOBALG.A.P. Standards.

The results show that approximately one third of the requirements of each standard focus on similar topics. These include: record keeping, trainings, occupational health and safety, housing and waste management.

By highlighting any overlap tools can assist farmers who have already achieved either GLOBALG.A.P. or SAN Certification to obtain both certifications. In addition to having developed certification schemes to promote sustainable agriculture, the SAN/Rainforest Alliance and GLOBALG.A.P. also share a commitment to the continuous improvement of life in rural communities around the world.