Add
Prices expected to continue upward trajectory in 2022 as demand surges in catering sector.
Mon 29/08/2022 by by Richard Wilkinson 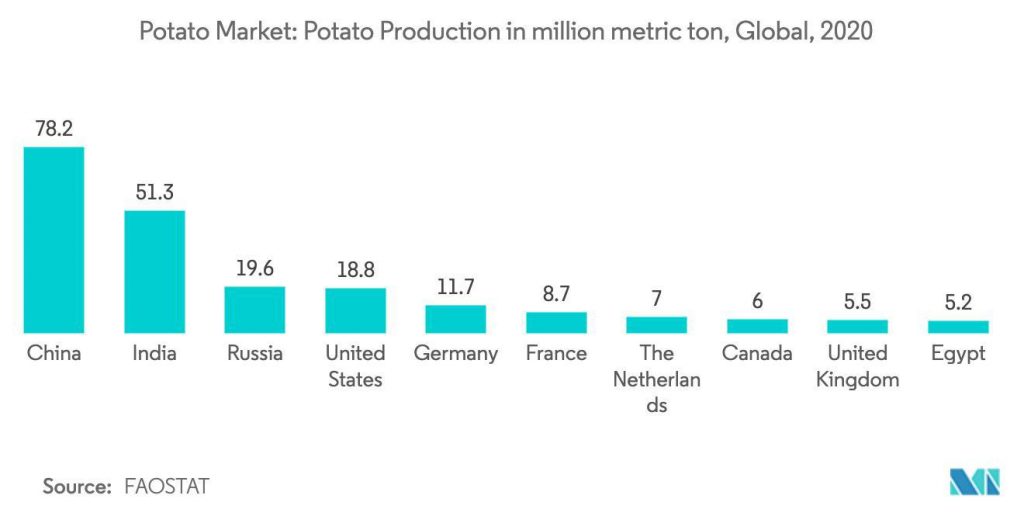 FAOSTAT
Global potato production is on the rise as consumers seek inexpensive foods. 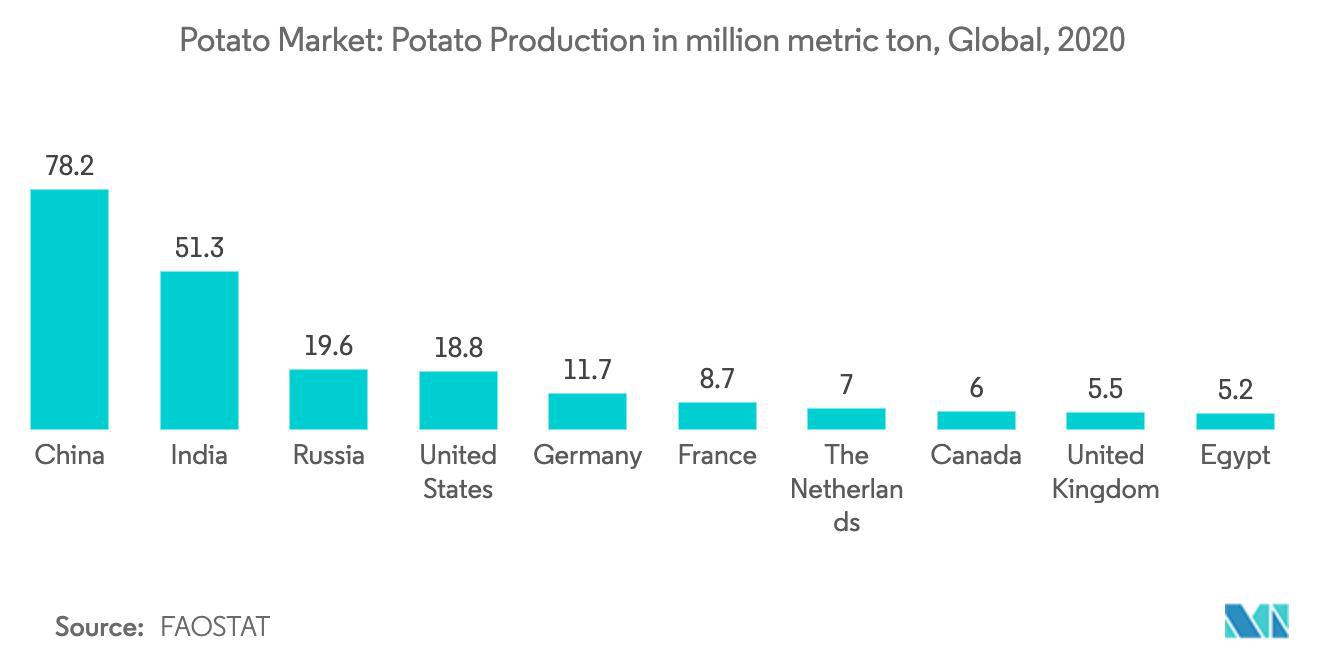 Global potato production is on the rise as consumers seek inexpensive foods.

Demand for potatoes has been on the rise during the pandemic, with consumers seeking foods that are inexpensive and easily stored for longer periods. But global consumption is steadily shifting from fresh to processed potatoes. In fact, less than half of potatoes grown globally are consumed fresh, with the remaining processed into various food and drink products. In Q4 2021, the EU saw a rise in processing potato prices as foodservice channels began reopening and global trade resumed. Another factor in the surging prices were the small 2021 crops in the UK, Netherlands, Belgium, France and Germany; their combined total volume was down 4.1% YoY to 35.3 million tons. Tight supply and rising input costs are likely to propel prices ever upward in 2022.

China is the world’s largest producer of potatoes, with an output of 78.2 million tons in 2020, mainly destined for domestic consumption – and the country’s production area is still expanding. Around 60% of China’s potatoes are consumed fresh. Next in the global ranking comes India (51.3 million tons), where potato consumption has been accelerating, as demand grows for processed ready-to-eat convenience food, particularly in urban areas. Trailing a long way behind the Asian giants are the United States (19.6 million tons) and Germany (11.7 million tons).