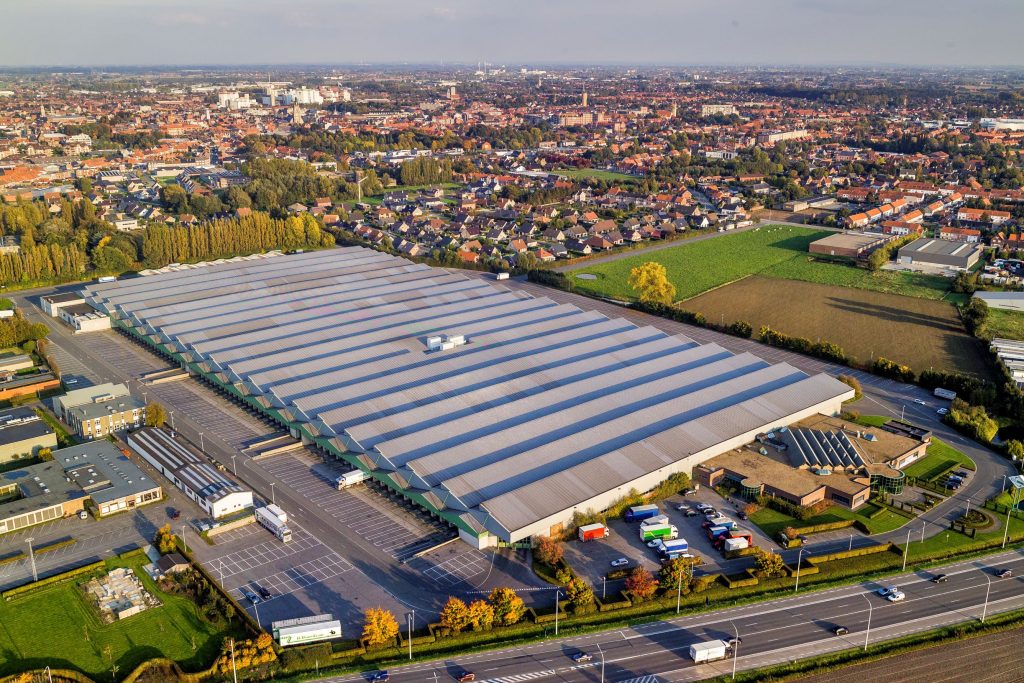 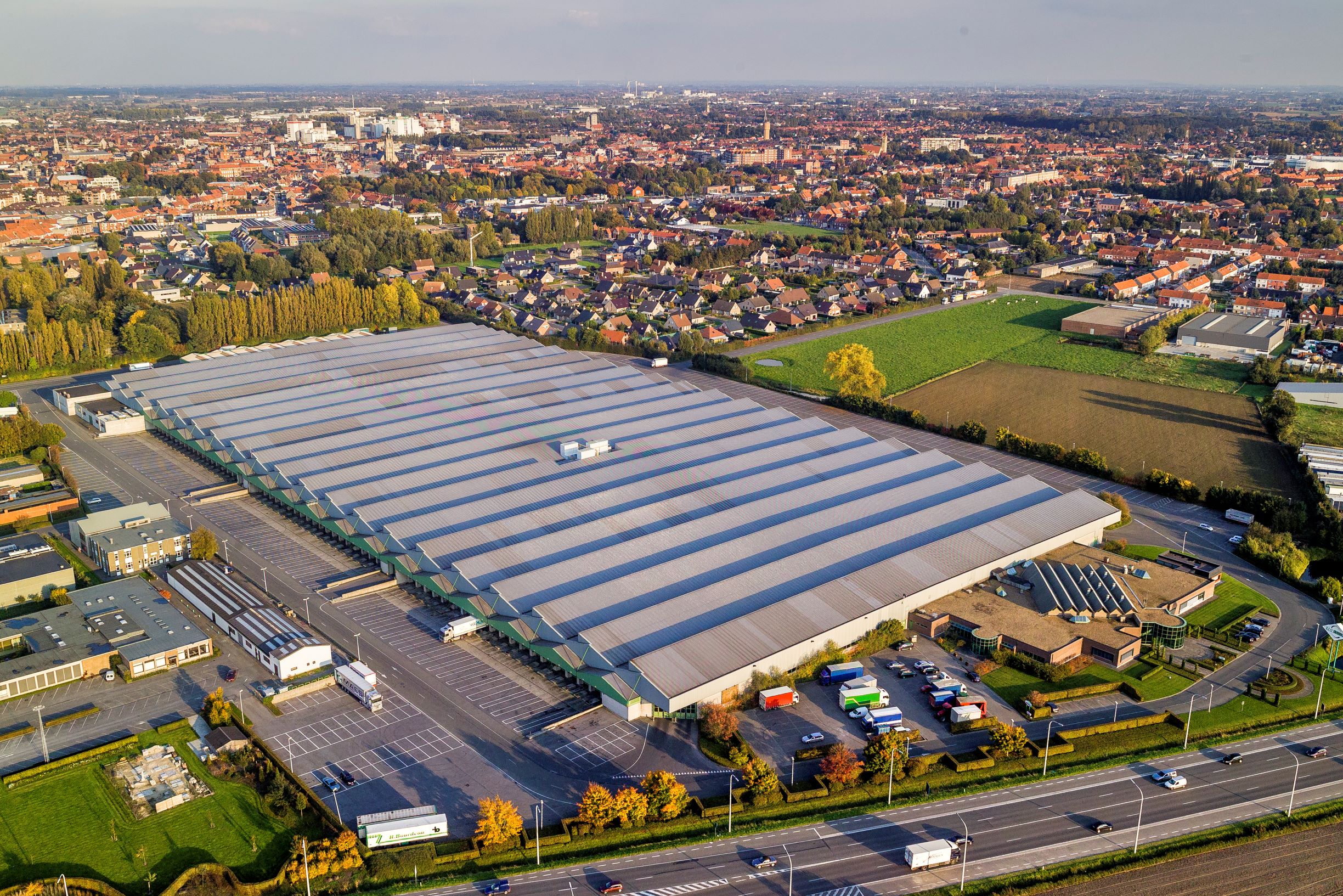 REO’s main products are now tomatoes, which have surpassed the auction’s renowned leeks and other Belgian vegetables.

In 2020, tomato volumes reached over 64,240 tons at the Roeselare REO Veiling, ahead of the leeks, which are now stable at around 55,000 tons per year. Glasshouse vegetable production has almost doubled over the last 3 years, with 33,800 tons marketed in 2017. Production of other vegetables remains rather stable (see table below): 56,858 tons of leek, 9.5 million punnets of strawberry, 16.6 tons of endives, 9.4 million punnets of mushrooms, 37 million cucumbers, and 33.7 million heads of lettuce. Despite Covid-19 and the drought in May and June 2020, REO Veiling still had a good year.

“Many people started to cook for themselves and used fresh vegetables for that,” said REO’s commercial manager Dominiek Keersebilck. The turnover of around €207 million was just €800,000 less than the record set in 2019. “We can look back on a successful year, with growth in supply of 2.5%. That is a record,” said Keersebilck.

REO exclusively sells the products of its members, who are based in Belgium and northern France. Due to the pandemic, Benelux countries now account for a larger part of turnover. France is the leading export market, accounting for 86% of the total volume. Germany and the UK are also key destinations.

“We have been closely following everything around Brexit, and we are convinced that due to our location and the image of our products, such as leek, beef tomatoes and strawberries, we will strengthen our advantage on the UK market, in close cooperation with the main Belgian exporters,” said Keersebilck. Southern European countries are also becoming more important for the exports of the REO Veiling, in particular for open-field vegetables like leek and lettuce.

“With Flandria and Fine Fleur, we focus promotion on the Belgian consumer through a variety of actions,” said Keersebilck.

Cooperation with the famous European volleyball team Knack Roeselare allows REO to combine top sports, healthy vegetables and champion quality. Regarding packaging, there will be a major shift from fixed blue crates to foldable green crates in 2021. In cooperation with Europool Systems, REO is adapting and investing in new washing lines, as well as in automatic inbound and outbound processes. The auction will also develop new packaging for its top brand Tomabel, starting with strawberries.

Belgian reputation in Asia and Canada

Field vegetables from Belgium are popular specialties supplied by airfreight to long-distance markets like Canada, South Korea, Hong Kong and Japan. Among these products are curly endive, Belgian endive and special-grown leek. “We want to introduce more open-field varieties in Canada like celeriac and leek. We are also working on products containing no soil,” said Keersebilck, who also believes in the market potential of celeriac in South-East Asia, even if the pandemic currently makes it somewhat difficult to introduce new items to foreign markets.

The auction provides all the certifications required by its customers. The 10 major ones are:

REO Veiling is also investing heavily in communication and big data. The Care4Growing mobile app developed with partners is a good example of investment in technology aimed at raising competitiveness in the supply-chain.

REO Veiling is a pioneer in the fight against food waste in Europe. In 2017, it won the very first Food Waste Award, issued by FSE Networks in collaboration with OVAM and Komosie. Every year, REO Veiling sells about 250,000 tons of home-grown fresh seasonal fruit and vegetables. To deal with food waste, it seeks useful partnerships for these products. In the first instance, surplus food goes to the food banks of West Flanders, East Flanders, Hainaut and Namur. As a result, 500,000kg of fresh fruit and vegetables, or an average of 1 articulated lorry trailer per week, is sent to underprivileged people every year. In addition, surplus waste is also re-used to feed animals. Indeed, REO Veiling is the only Flemish vegetable auction which is FCA-certified to reuse its products as animal fodder. And it is not only dairy cows from the same region that are fed with REO products, but also animals in Bellwaerde (animal and amusement park).

The social enterprise enVie now allows the Belgian people to enjoy delicious soups that are “full of commitment”: each bottle of soup is made in Brussels from surplus fresh Belgian vegetables by a motivated team of employees who, through the project, have become reintegrated into the labour market after a long period of unemployment. REO Veiling supplies surplus fresh vegetables to enVie, mainly those that are suitable for making soup (e.g. courgette, leek, celery, tomato, etc.).

“As a grower’s cooperative, we believe in the absolute added value of cooperation to tackle issues such as sustainability and food waste. By working together with our various partners in a targeted way, we can still make use of surplus fruit and vegetables, which means added value for us as a producer, the social enterprise and ultimately also the consumer,” said Dominiek Keersebilck, commercial director of REO Veiling.

Via this initiative, EnVie has created an extra sales channel for REO Veiling in its fight against food waste.

REO Veiling has a vacuum cooler. A vacuum is created in the vacuum box. As a result, the water evaporates at room temperature. Together with the water, heat is extracted from the lettuce, as a result of which, it is quickly refrigerated and the product can be kept for much longer. This means that the lettuce can remain longer on store shelves or can be transported by lorry to remote destinations such as Spain and Italy. REO Veiling also encourages the use of multi-use packaging for its products. The packaging comes in virtually all colours, sizes and materials, based on the customer’s preferences.

Organics have registered rapid growth at the REO Veiling. The main product is organically certified Tomabel special mushroom. Other key products are leek and celeriac, as well as niche products like Babyleaf. “We will continue to grow in organics,” said Keersebilck.