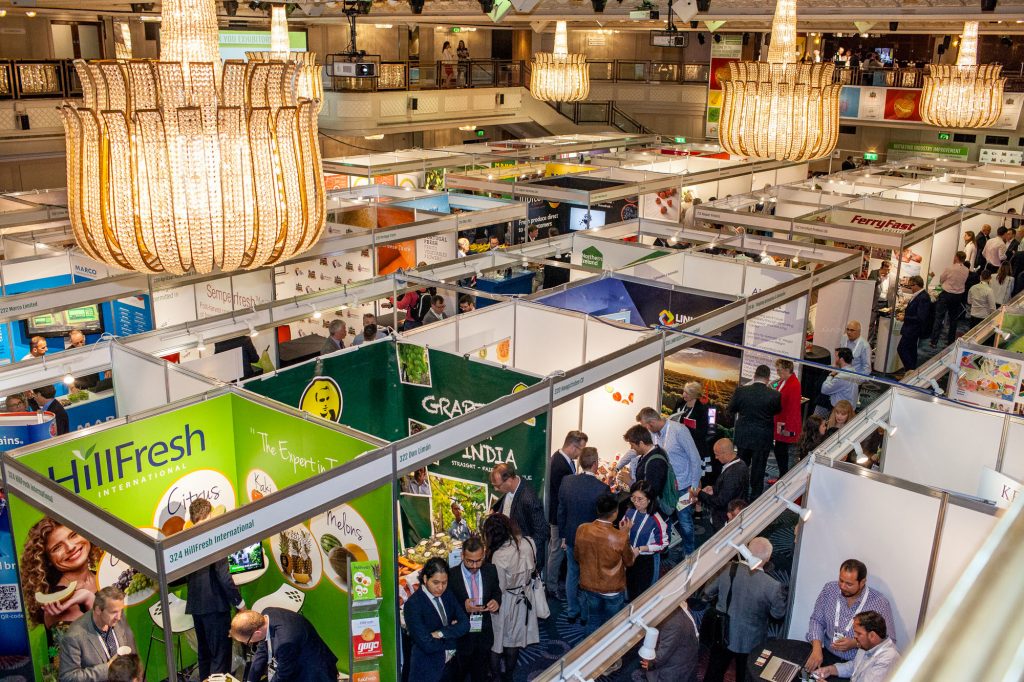 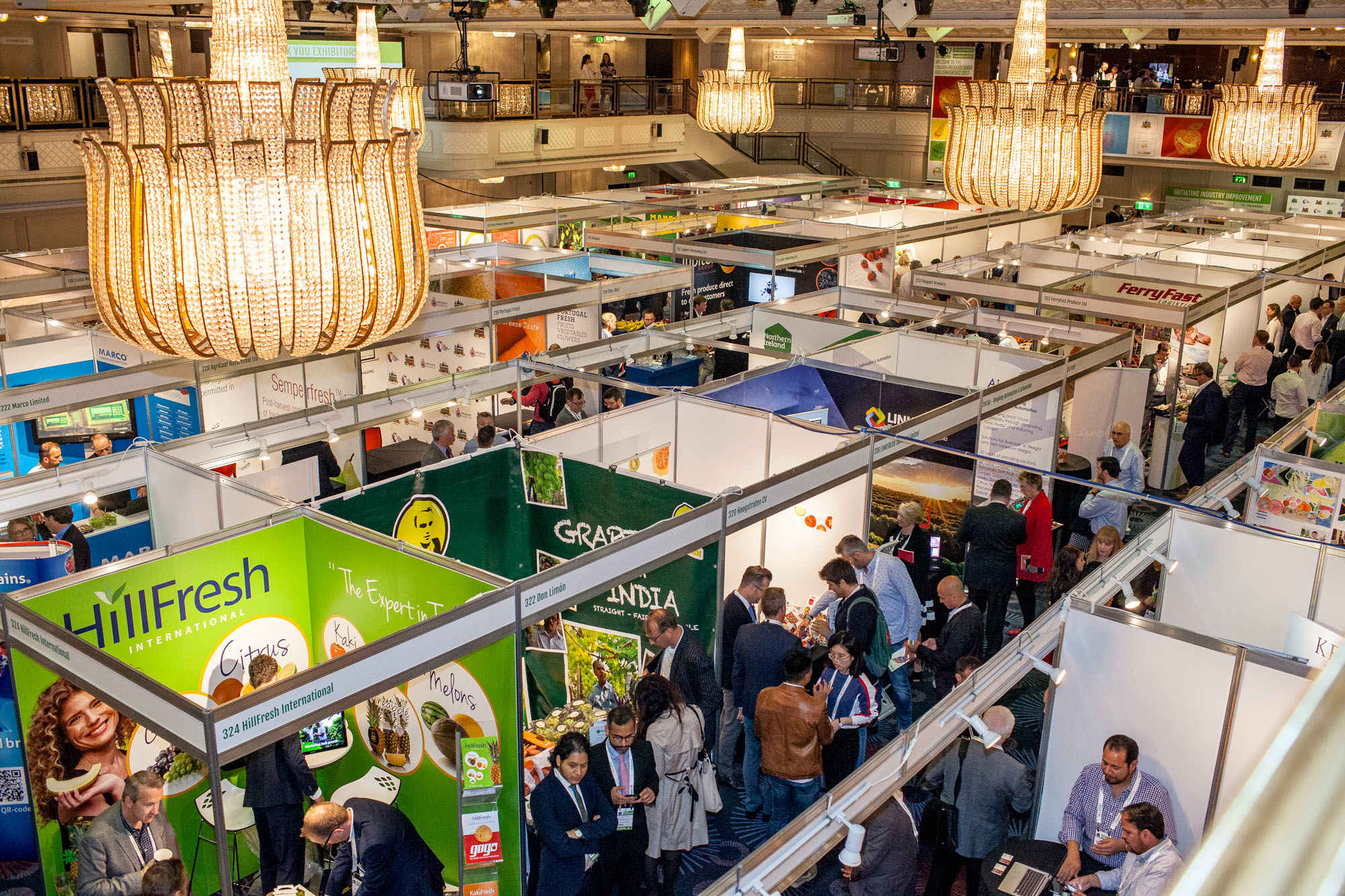 Last week the largest gathering of global fresh produce professionals on UK soil enjoyed three days of meeting, learning and sharing ideas to advance the industry and to drive up produce consumption.

The 2019 edition of The London Produce Show and Conference (LPS19) welcomed a record number of attendees to the ever-popular three-day event, cementing its position as a must-attend date on the international fresh produce calendar.

Decision-makers from all four corners of the globe convened at Grosvenor House, a JW Marriott hotel on London’s Park Lane in the UK, to meet, share and learn ideas to drive forward the international fresh produce business.

Jim Prevor, Editor-in-Chief of Produce Business, officially opened the trade show together with US chef, television presenter and cookbook author Amanda Freitag, and Simon Smits, the Ambassador of the Kingdom of the Netherlands in the UK.

Prior to the trade show ribbon cutting, Ambassador Smits announced the winner and runners-up of the third annual Best International Initiative For Marketing Fresh Produce To Children 2019 Award, sponsored by The Embassy of the Netherlands in the UK on behalf of the Dutch fresh fruit and vegetable sector.

First place went to US-based initiative Produce for Kids in recognition of its efforts to encourage and increase the consumption of fresh fruits and vegetables among children through produce and grocery retail partner programmes.

Created in 2002 by Shuman Farms, a leading grower and shipper of Vidalia sweet onions in the US state of Georgia, Produce for Kids counts on the participation of more than 17,000 children and elementary school classes, and more than 2,000 retail stores. Additionally, the initiative has donated more than US$6 million to charities that benefit children and families nationwide.

Accepting the award, John Shuman said he felt honoured and humbled to receive the unexpected recognition, adding that he hopes to continue educating and giving back in years to come.

“If we can teach children the importance of eating a diet of healthy fruits and vegetables, just think of the impact we could have not only our businesses but on health and nutrition across the world,” Shuman said.

The 2019 runners-up were Aldi UK and Veg Power’s ‘Eat Them To Defeat Them’ campaign. Previous winners of the accolade are ICA Sweden in 2018 and Lidl UK in 2017.

The morning of Thursday June 6 also saw the The Perishable Pundit’s Thought-Leader Breakfast Panel session, whose panelists travelled from four continents and a broad spectrum of the supply chain to discuss topics ranging from Brexit to consumer engagement.

The LPS19 got underway in earnest on Wednesday June 5 with an action-packed programme featuring multiple, concurrent conferences both public and private, all taking place at Grosvenor House.

The launch of The Global Grape Summit in particular was a roaring success, receiving widespread praise from attendees and drawing a large international crowd of over 300 important industry actors to analyse ways to boost grape consumption and move the industry forward. Read the initial report here.

Also taking place was The Foodservice Forum 2019, sponsored by Reynolds and Fresh Direct, which highlighted the ways in which technology and trends are truly transforming the foodservice industry in the UK, and the potential to make fresh produce more prominent on plates.

Keynote speaker Simon Stenning, Founder and Strategic Advisor of FutureFoodservice.com, made a bold prediction, estimating that the UK foodservice market will be worth £106 billion (bn) by 2030, up from £90bn in 2018, driven largely by population growth. This, he said, represents significant opportunities for both foodservice operators and food suppliers.

Following Freshfel Europe’s annual conference during the morning of June 5, The Fresh Produce Consortium (FPC) rounded off the day with its Trading with the UK seminar. Here, representatives from Defra, the Food Standards Agency and Freshfel Europe provided a comprehensive picture of how to trade with the UK now, as well as the potential trading panorama post-Brexit.

In particular, attendees were made aware of two key dates that will affect some traders with, and importers in the UK market. On 1 September 2019, there will be new legislation that will regulate new pests and introduce new import requirements for certain products; while later, on 14 December, a new EU plant health regulation will come into effect.

The LPS19 concluded on Friday June 7 with a series of industry tours that will visit all factions of the UK fresh produce industry, including: production (hosted by Chambers/The Fruitery), logistics (Halo/DP World London Gateway), wholesale (New Covent Garden Market and New Spitalfields market), foodservice (a walking tour of operators in Shoreditch) and retail.