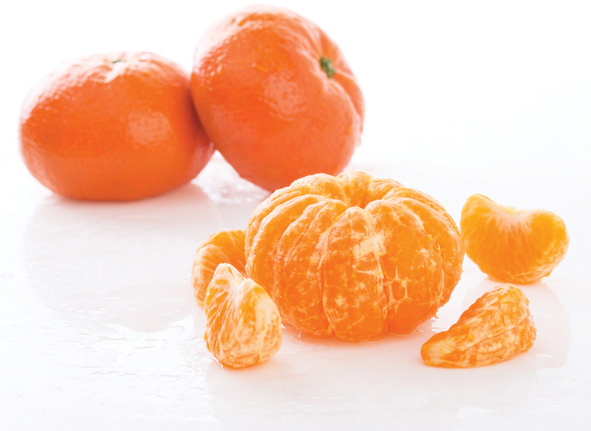 Exports of Peruvian mandarins have made Peru the seventh biggest supplier of this fruit in the world, as well as the most significant exporter in Latin America. With the US, UK, the Netherlands and Canada at the forefront, Brazil now also imports this Peruvian citrus.

The 2015 volume of mandarins remained steady

This year’s campaign has seen some variations to the initial forecasts, mainly due to climatic factors associated with the El Niño effect, which led to more discarded fruit than expected. Although the volumes are slightly below last year’s (2%), fruit is expected to continue to come out until October, and in general terms the campaign will end with a similar volume. In 2015, exports came to 115,000 tons, worth US$120 million, meaning a slight rise of 1% on the previous year, following the trend in growth seen over the last decade. There are differences, however, in the varieties exported. This year, tangelo saw a drop from 25,000 tons in 2015 to 20,500 this season, while there was an increase in mandarins from 75,000 to 76,000.

The trends in international markets have not varied, taking into account the peaks seen in varieties that may appear in the campaign. The early varieties are sent to Europe, where there is most demand at the start of the season, whereas the US bounces back as of June, demanding tangerine varieties such as W Murcott and Tango, leading exports with nearly 30% of the total. The big news is that Peruvian mandarins are now sold in Brazil.

The first consignment was one container of the W Murcott variety. Sergio del Castillo, the manager at Procitrus, underlines that

“this means a great opportunity for local citrus, although we are aware that it is a new market that is still being explored.”

On the other hand, there is intense work being done with the Asia-Pacific agenda. The most specific progress is seen with Japan, where Peru has complied with all of the information required by the Asian country and awaits a visit from the Japanese to determine the plant health requirements. Peru set out a work plan, which is an important instrument because it specifies how they are going to handle the phytosanitary controls and the negotiations needed to enter the Japanese market.

Greater productivity and competitiveness for the sector

“We are now working hard on developing training for the entire production side. The Peruvian citrus sector has been carrying out projects focusing on new technology and improvements in processes to make farmers more productive and competitive. As for the commercial side, the association is going to continue to be present at fairs to support citrus export companies for their brands to become established on international markets. As an association, we do not wish to compete with their own sales management. We are preparing to relaunch the quality seal, this time as a brand to be introduced with other varieties for distribution and positioning abroad. Peru has been growing and will continue to do so, but with a longterm vision,” stressed Sergio del Castillo.

This article was first published in edition 145 (Sep-Oct 2016) of Eurofresh Distribution magazine on page 92. Read more citrus and other fresh produce news from that issue at: www.eurofresh-distribution.com/magazine/145-2016-sepoct.