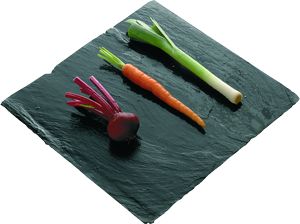 Prince de Bretagne is the leading European cauliflower organisation and the 250,000 tons it produces account for 85% of the French total. Prince de Bretagne is also the top producer of artichokes (35,500 tons, 90% of the French total) and shallots (23,000 tons, 80% of the French total). Cardinal is the big novelty in fleshy artichokes. Distinguished by its milder and sweeter taste, this variety is an addition to the range rather than a replacement. The leading Breton company is also still the top French producer of organic vegetables, at 15,000 tons a year. Organic kale and organic fennel are among the novelties added to the range this season.

Prince de Bretagne also stands out for its wide range and innovation in tomatoes. It is the acknowledged specialist in vine tomatoes and ‘heritage’ varieties (oxheart, a fabulous assortment of ‘Flavours of Yesteryear’, etc.). The Prince de Bretagne growers not only supply large volumes of the mainstay products, but also a large innovative diversification range made up of over 30 varieties.

‘Ma corbeille de tomates’ (‘my tomato basket’), an assortment of 1.5 kg of tomatoes selected for their flavour packed in a plastic basket, is the innovation that has aroused most comment this season. The baskets can be collected by consumers and refilled over the season. This achieves two objectives: to make new varieties of tomatoes known to consumers and to educate consumers by explaining to them that tomatoes are a fruit and that in order to preserve their taste and eating quality, they need to be kept in a basket. The 1 kg net of tomatoes and the 350 g ‘tutti tomati’ punnet are among this season’s other novelties.