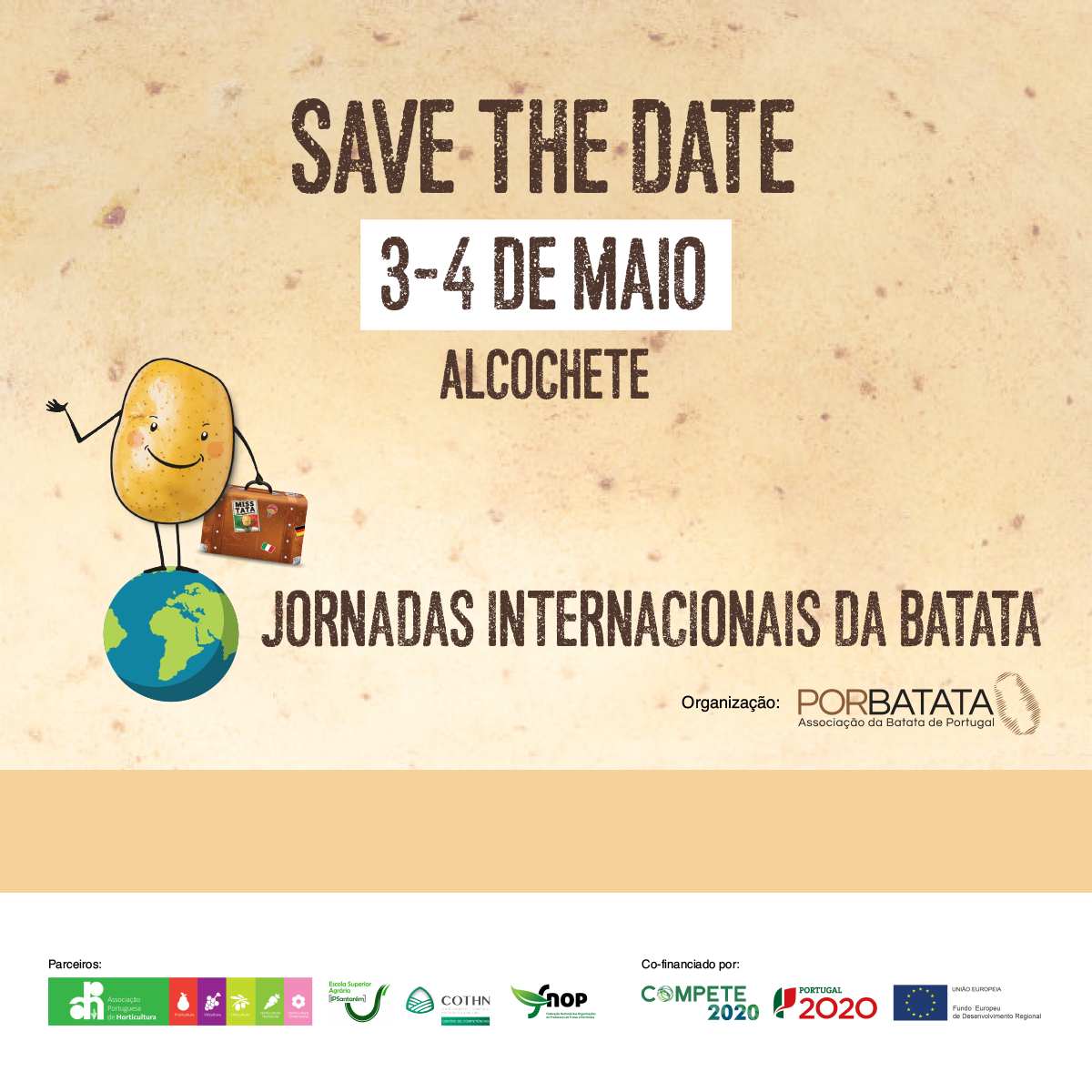 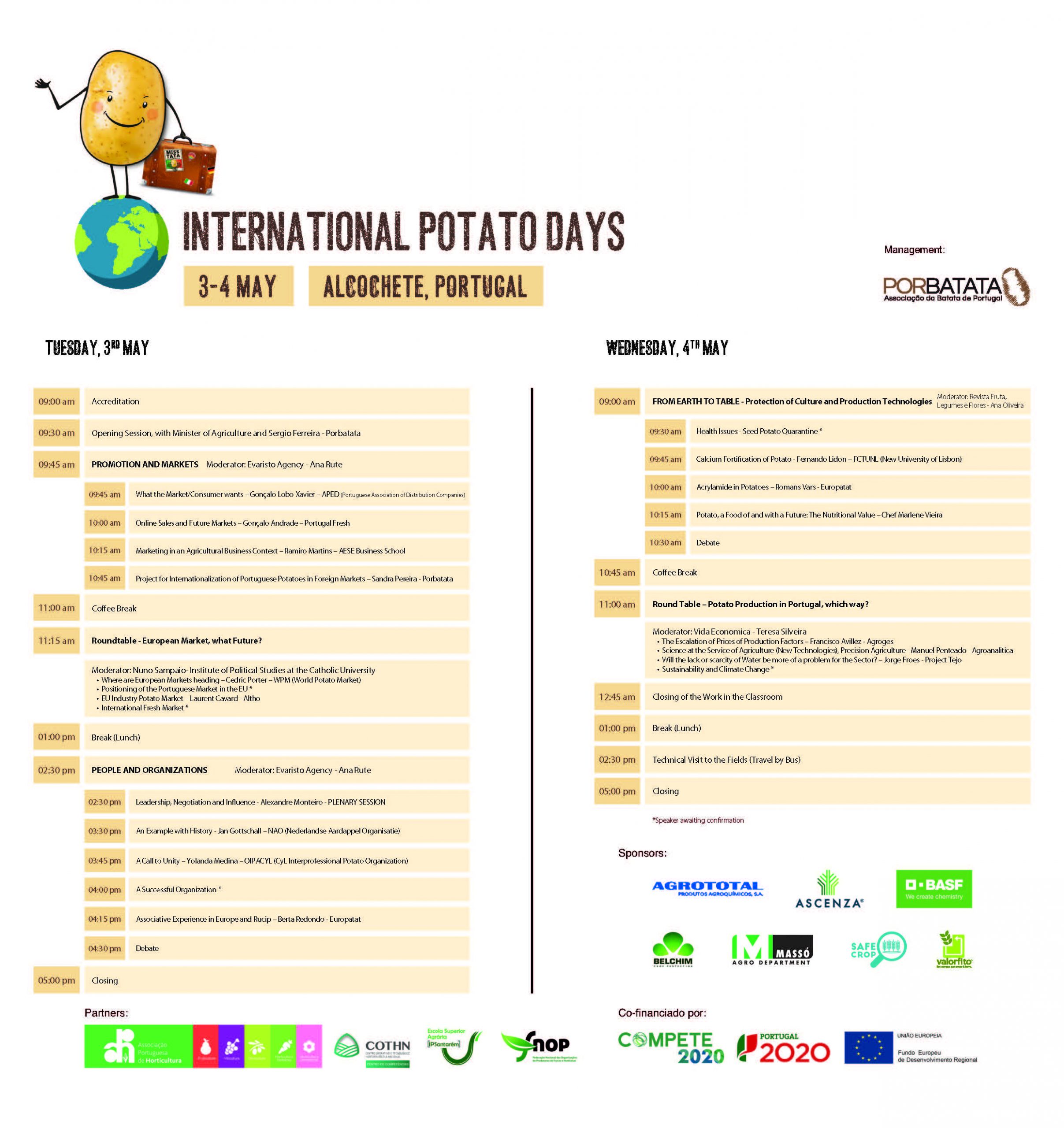 March 2022 – Porbatata, the Portuguese potato association is organising the Jornadas Internacionais da Batata (International Potato Symposium) that will take place on 3rd and 4th May at Fórum Alcochete, in Portugal.

At a time when the sector is facing major challenges, Porbatata is bringing together experts, producers and partners to discuss the most relevant topics given the current environment, particularly international markets and exports, production organisation, increased costs, innovative technologies, plant health, water scarcity and climate change.

“The International Potato Symposium will be a unique opportunity to bring together the entire chain involved in food production and focus the debate on the challenges we’re facing today. In a world of constant change, we’ll be able to hear Portuguese and international experts, share strategies and discuss the topics that are of concern to the players in the sector”, says Sergio Ferreira, chairman of Porbatata.

This initiative is being organised as part of the Promotion of Portuguese Potatoes in Foreign Markets, supported by Portugal 2020, under the Competitiveness and Internationalisation Operational Programme.

Registration is available as from 21st March on the platform https://www.queroir.pt/jornadas-internacionais-da-batata.

Founded on 28th September 2016, PORBATATA – Associação da Batata de Portugal is a non-profit organisation whose objective is to promote Portuguese potatoes as a healthy, distinguished food, highlighting their unique characteristics. Based on the Oeste area of Portugal, in Lourinhã, it represents the interests of the entire business in Portugal and is a single, active voice in the sector, bringing together seed potatoes, production, marketing and sales, and the industry. It represents over half the potato producers in Portugal and has more than fifty members.