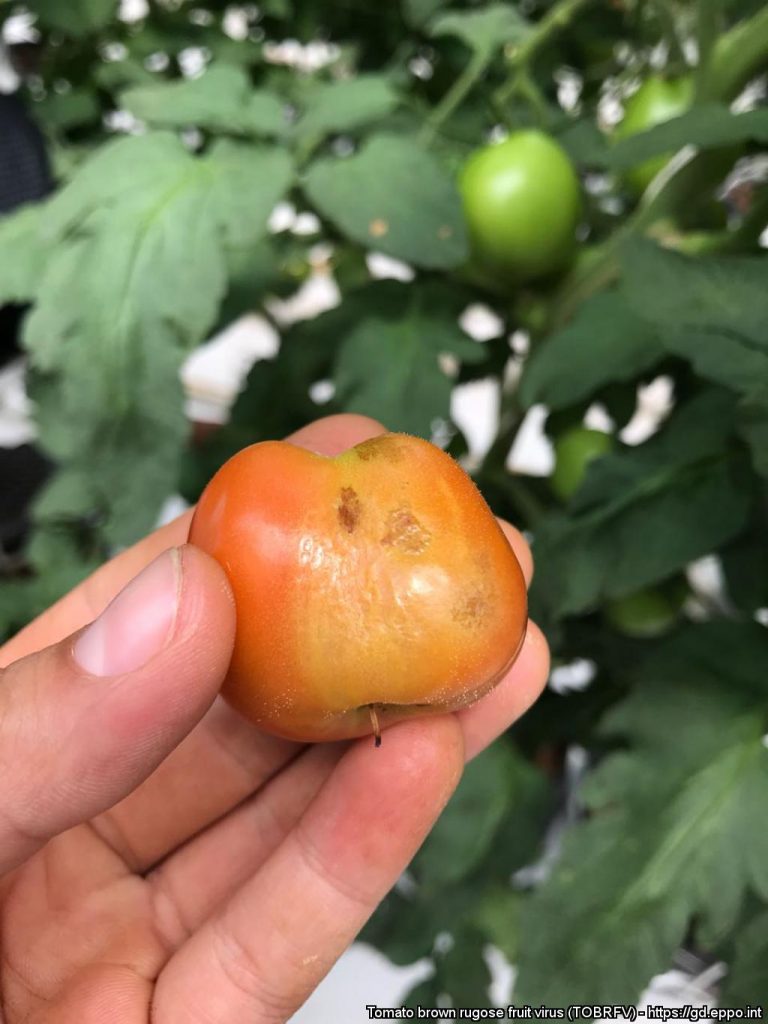 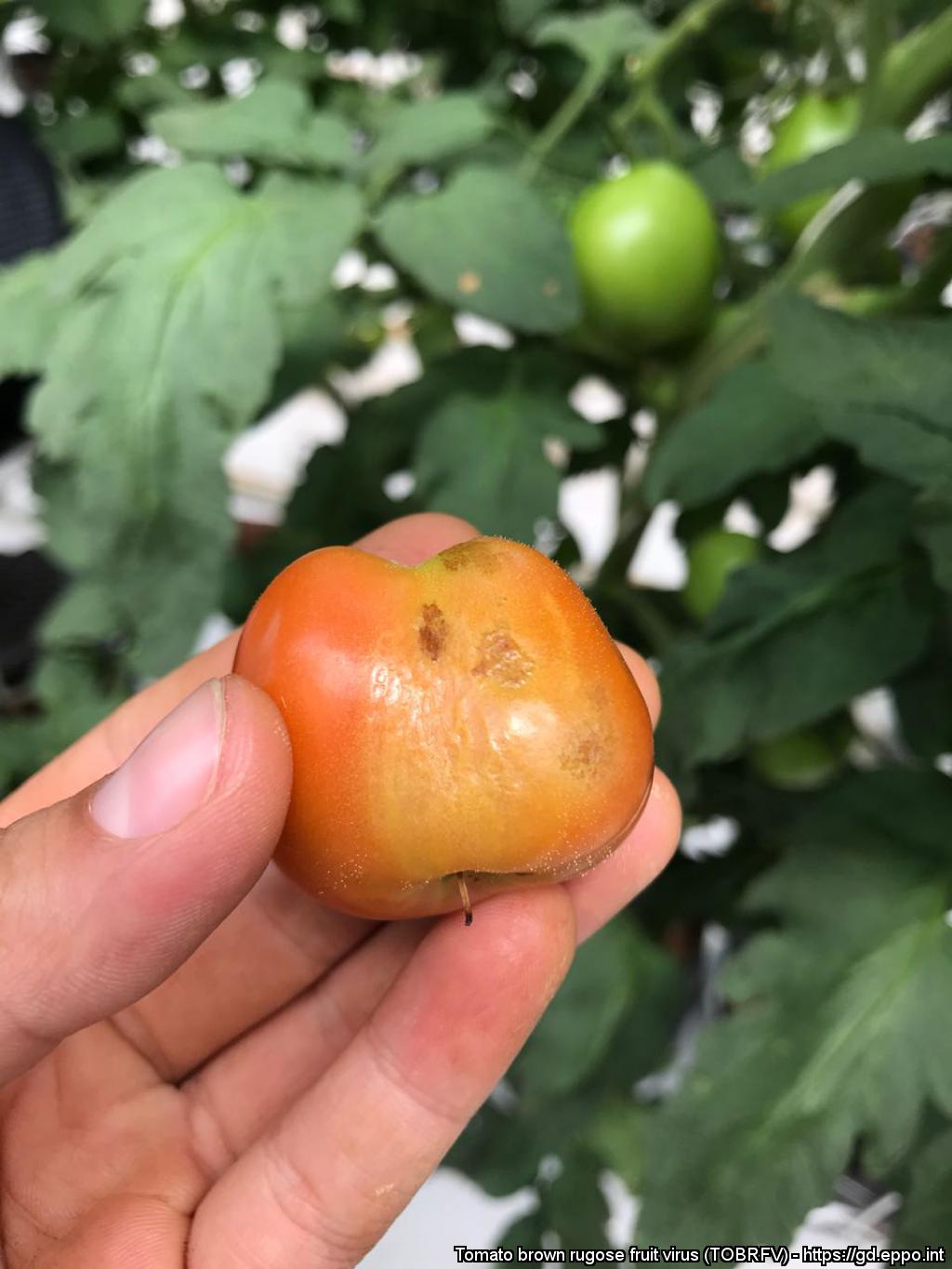 The EPPO has added the tomato brown rugose fruit virus to its Alert List. The virus (Tobamovirus, ToBRFV) was first identified on tomatoes in Jordan in 2015 (EPPO RS 2016/024), but outbreaks have recently occurred in Germany (EPPO RS 2019/012), in Italy (EPPO RS 2019/013) and in Mexico (EPPO RS 2019/014) where the virus causes major concerns for growers of tomato and capsicum.

Tomato (Solanum lycopersicum) and capsicum (Capsicum sp.) are the main hosts. Inoculation experiments showed that Nicotiana benthamiana, N. glutinosa, N. sylvestris, N. tabacum (tobacco) develop symptoms and that weeds such as Chenopodiastrum murale and Solanum nigrum may act as reservoirs for ToBRFV. Aubergine (Solanum melongena) and potato (S. tuberosum) did not show symptoms after inoculation of the virus and ToBRFV was not found when the plants were subsequently tested by ELISA.

Symptoms on tomatoes vary depending on varieties. Tomato cultivars with the Tm-22 resistance gene (used against other tobamoviruses) are susceptible to ToBRFV. On tomato, foliar symptoms include chlorosis, mosaic and mottling with occasional leaf narrowing. Necrotic spots may appear on peduncles, calyces and petioles. Fruit show yellow or brown spots, with rugose symptoms rendering the fruits non-marketable. Fruits may be deformed and have irregular maturation. In the paper describing the first finding in Israel, diseased plants had 10 to 15% symptomatic fruit. In Jordan, in the first reported outbreak, disease incidence reached almost 100%. On capsicum, foliar symptoms include deformation, yellowing and mosaic. Capsicum fruits are deformed, with yellow or brown areas or green stripes.