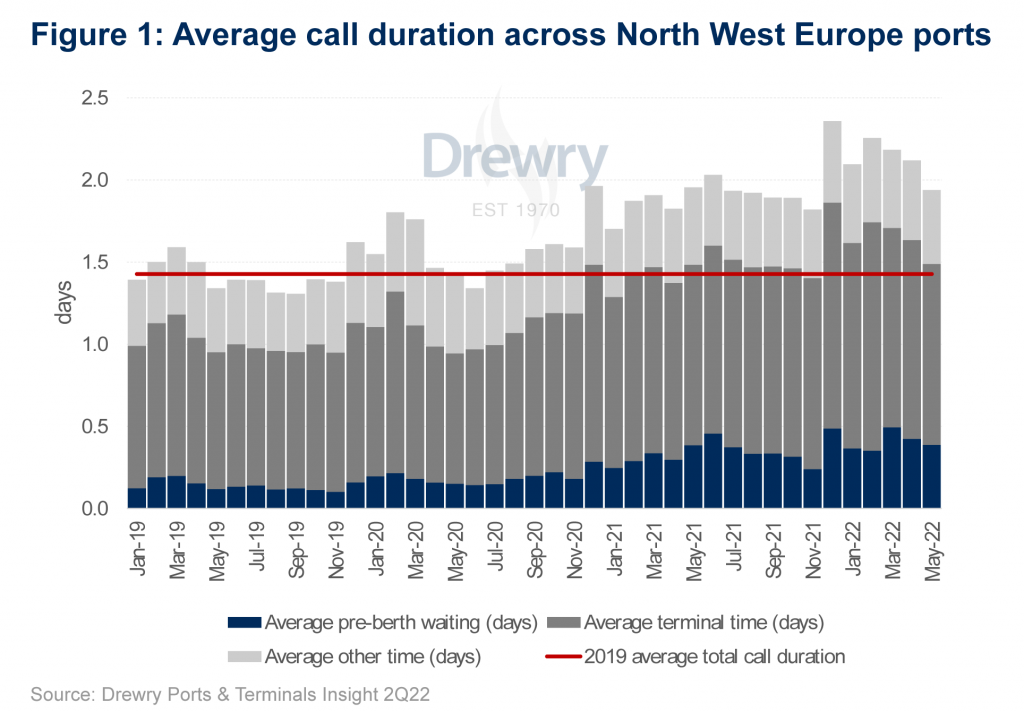 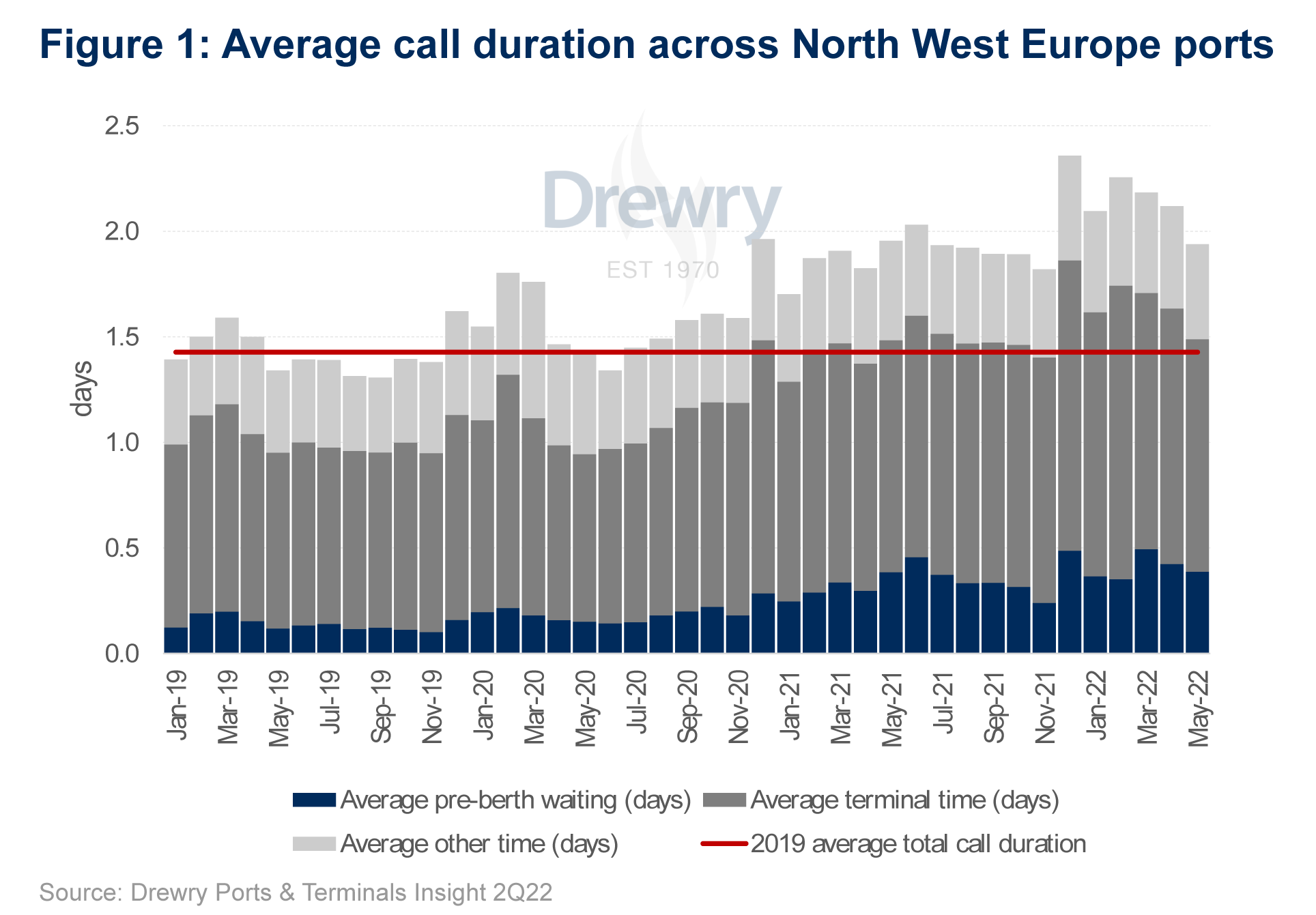 Container terminal productivity across Northwest European ports has deteriorated significantly over the past three years due to the challenges of handling larger exchanges, as carriers have consolidated port calls in the face of volatile cargo demand, according to the latest Ports & Terminals Insight report published by Drewry.

New analysis powered by Drewry AIS analytics shows that average call duration at the main Northwest European ports increased by over 50% in 1Q22 compared to their pre-pandemic average, before falling back to 37% above pre-pandemic in May 2022. Drewry’s analysis indicates that average port time per call peaked at 2.3 days in February, 58% above the pre-pandemic 2019 average.

The bulk of this port time is taken up at the terminal, representing around 60%, while pre-berth waiting forms a much smaller 20%, on average. This contrasts sharply with the performance at the main West Coast North America ports which suffered from much more severe pre-berth waiting delays, which peaked at 4.3 days in October 2021 – representing over 55% of average port call duration, according to Drewry’s AIS-based analysis.

“But a spike in vessel call exchanges has created a much larger headache for European terminal operators.”