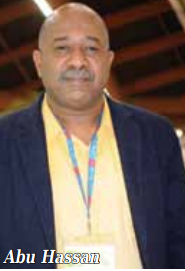 Bahrain’s leading distributor of fruit and vegetables has been successfully developing banana operations from the Philippines.

Launched 12 years ago, this includes production on more than 5,000 acres of its own banana plantations, as well as distribution in Asian markets like China and Japan.

Nahder & Ibrahim also supplies all of the GCC countries, as well as Iran.

“To meet the demands of a growing market for fresh fruit, especially Cavendish bananas, we established NEH Philippines in 2001 in an innovative way.

The company has since built strong relationships with its growers, partners, and customers, “which has helped us to build a reputable name in the international fruit business,” said Abu Hassan.