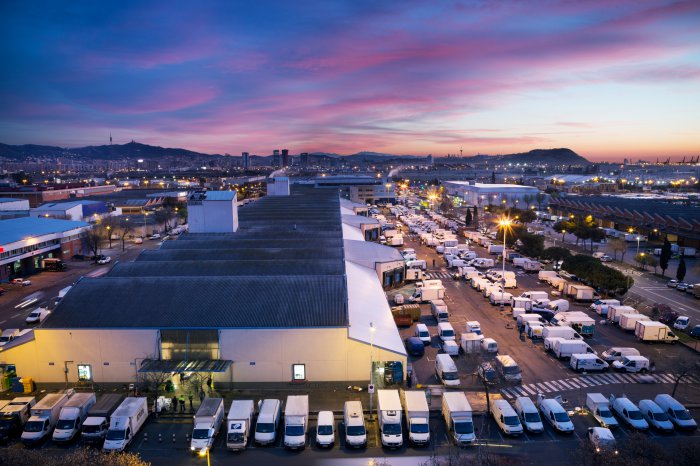 Mercabarna has developed a plan to reduce the amount of food waste at the market, which is currently estimated at about 9,400 tons a year.

In a press release, Barcelona’s wholesale market said among the steps being taken to cut waste are the design of a new waste treatment system for the Central Fruit and Vegetable Market, which will start as a pilot scheme early this year.

In addition, a Centre for Food Use is being set up in order to optimise the selection of food fit for sale and to enable its distribution among the social organisations that help people with few resources.

And there will be environmental education campaigns to raise awareness among market wholesalers and employees, and the 6,000 children who visit Mercabarna every year as part of the “5 a day” campaign.

Its ‘Strategic Plan for Food Use’ also sets out other measures it will take to reduce food waste, improve waste treatment and promote responsible consumption.

The project kicked off with the signing of the “Manifesto for the reduction of food waste” by Mercabarna, the concessionary business association (Assocome) and the main wholesale syndicates for fruit and vegetables (AGEM) and fish (GMP).

The agreement sets out their clear commitment to “handling food more efficiently and making the supply chain more sustainable and responsible.”

The plan draws on research that suggested about 0.5% of the 2 million tons of food sold every year at Mercabarna is wasted.

“Even though this figure is well below that of other markets, shopping centres and homes, it still means that 9,400 tons of food does not reach the consumer,” the release says.

Learn more about Mercabarna in this new video:

“Discover Mercabarna, a ‘food city’ with more than 700 companies working to ensure the supply of fresh foods to over 10 million consumers.”