Add
Macfrut 2022 proved to be a roaring success. The three days dedicated to fruit and vegetables at the Rimini Expo Center saw 38,500 visitors (+18% on the September 2021 edition). But beyond the numbers, it was the great quality of the attendees that marked this 39th edition, the result of a renewed interest in Italian fruit and vegetable production among European distributors, and there was an increase in foreign visitors, too. Despite the ongoing global tensions, and only 8 months having passed since the last edition, exhibitors were unanimous in declaring Macfrut a prime stage for showcasing Italian fruit and vegetables to the world.
Tue 24/05/2022 by Gabriele Orsi

Fruitecom Italy
The opening of Macfrut 2022 was done by Stefano Patuanelli, Italy’s Minister for Agriculture. 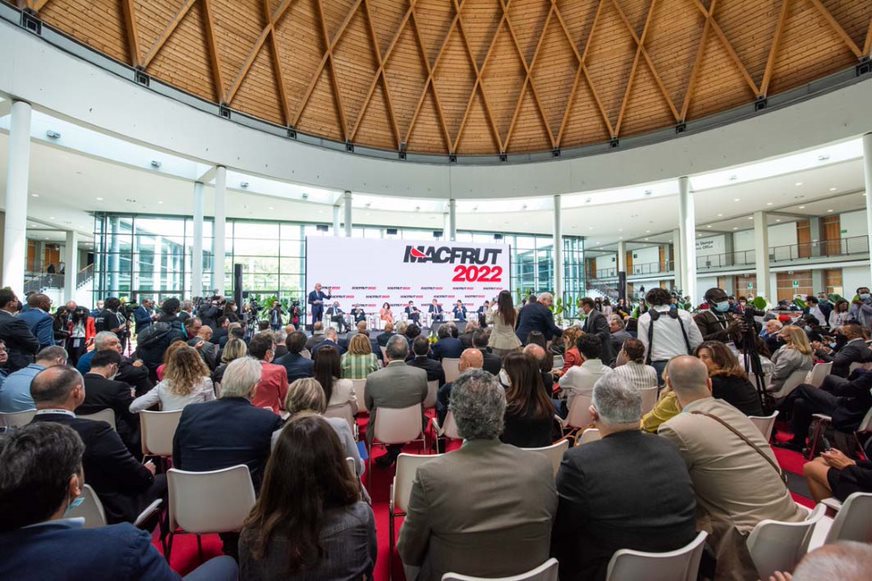 The opening of Macfrut 2022 was done by Stefano Patuanelli, Italy’s Minister for Agriculture. 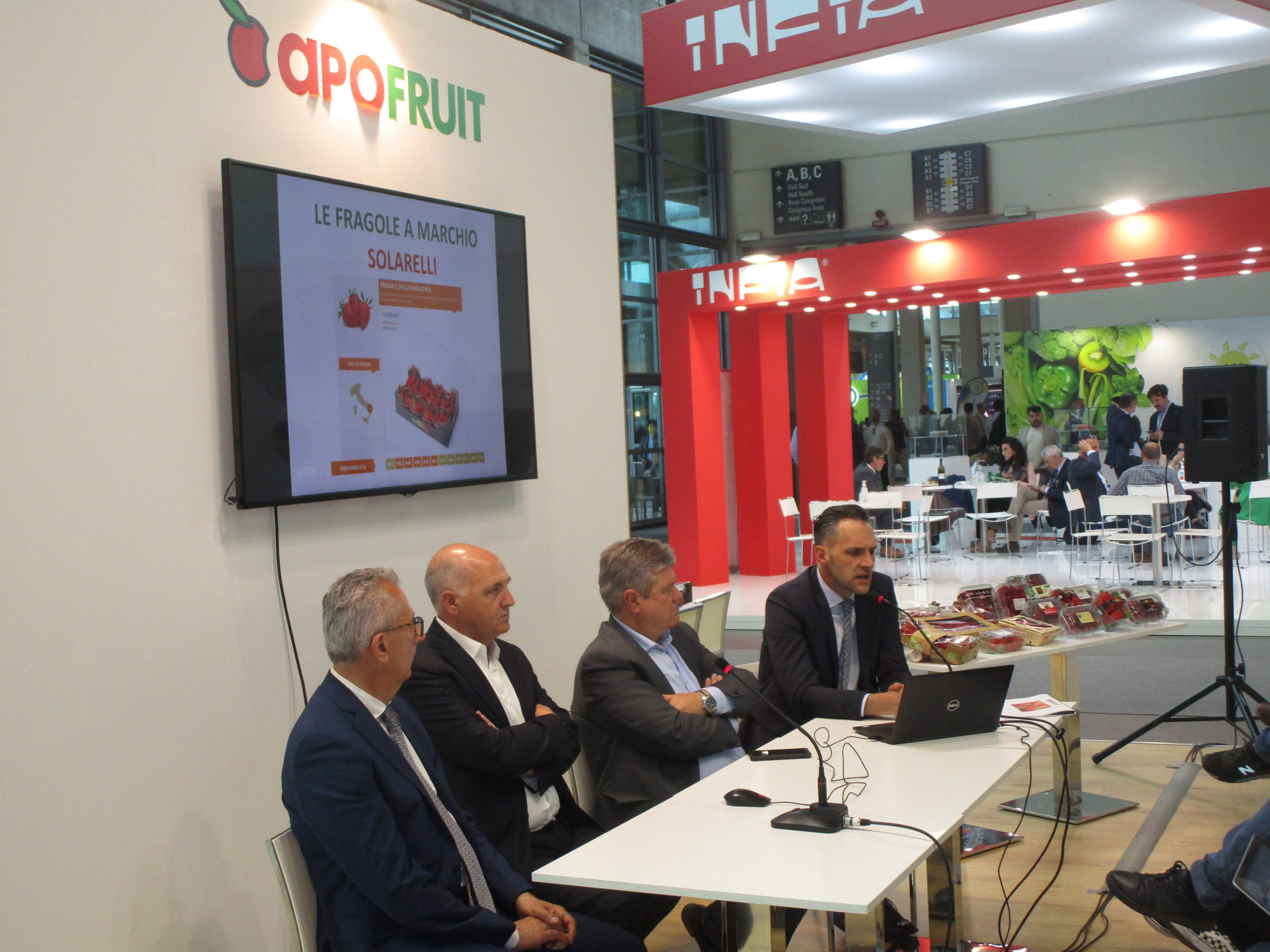 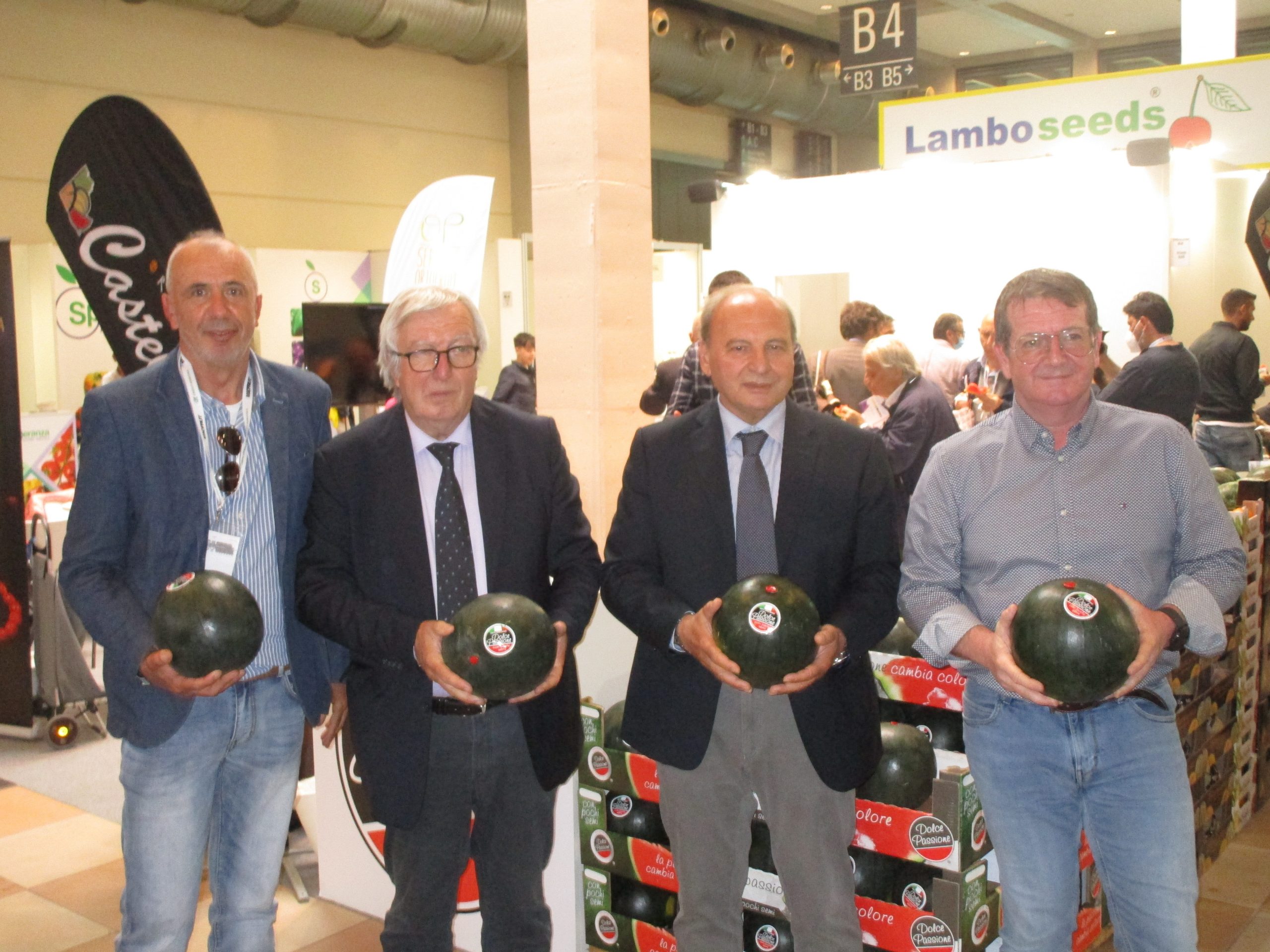 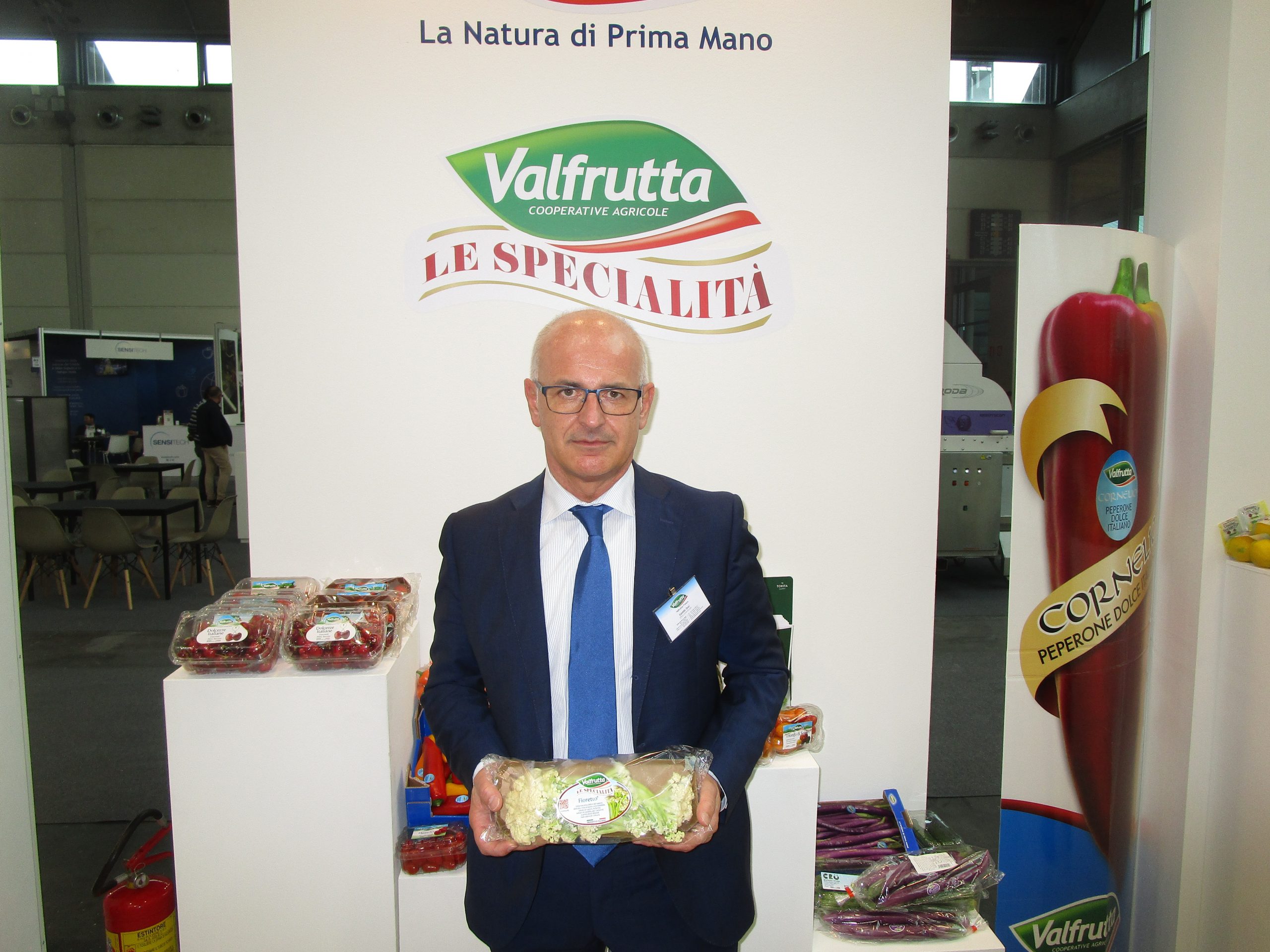 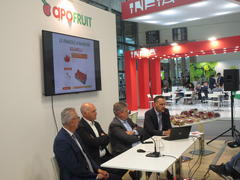 Apofruit and Coop Sole, leaders in the production and marketing of 100% Italian strawberries, have invested further in this sector. “Our experiments are already at a very advanced stage involving the growing of plants obtained from rooted tops in order to bring the start of harvest forward to December. This consists of planting strawberry seedlings obtained from fresh stolons and rooted in pots, before transplanting them at a time when very early harvesting can begin. Specifically, we have identified the Marimbella® variety as an early cultivar that allows us to plant as early as October and start harvesting in the first days of December,” said Andrea Grassi, director of innovation and development at Apofruit. 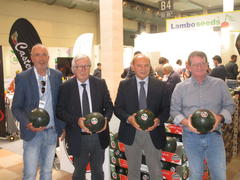 Dolce Passione is the black-skinned watermelon that will land on the market in mid-May, when it is certain to leave its mark. The premium seedless watermelon will make consumers fall in love with the fruit. The project is the result of teamwork that saw Lamboseeds engaged in experimentation and advanced research, in a synergy that brought together the worlds of production and trade in the form of collaboration with Alma Seges and Ortofrutta Castello. The result is a watermelon with a bright and uniform black skin, a lively and crunchy red pulp, a very sugary taste, and plenty of fibre thanks also to the absence of seeds. The production volume will be around 4,000 tons during the project’s first phase, spread across various parts of Italy for a total area of ​​about 100 ha in the most suitable areas for watermelon production.

Fioretto is a new cauliflower unveiled by Valfrutta Fresco, which is set to revolutionise the brassicas segment with its organoleptic and olfactory qualities. Fioretto is the only cauliflower that does not give off the bad smell during cooking that puts off some consumers. Fioretto, a hybrid by Japanese breeder Tokita, has such a rapid growth cycle that its flowers do not absorb the sulphurous substances from the soil that lead to the bad smell. Produced mainly in Sicily in protected fields, Fioretto will be available in Italian supermarkets from November 2022 in 300 g cardboard and flow pack trays.