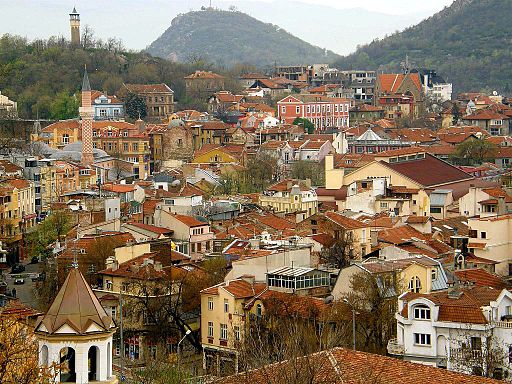 Bulgaria’s retail market is seeing an emerging wave of small specialised stores for fruit and vegetables.

Along with those for dairy and meat products, these stores focus on consumer convenience and the need for fresh, local, and organic food of high quality – something which so far has not been the strongpoint of the country’s modern retailers.

A USDA Gain report also says fresh produce grocery retailers seem to be the only category which was not heavily harmed by the economic crisis, thanks to the fact groceries are a necessity which can’t be cut from the family budget.

The report notes that the outlook in Bulgaria is for traditional retail to underperform compared to modern trade as large retailers plan to move towards densely populated town centers by opening convenient stores and smaller supermarkets. But it says one exception will be the small specialised stores for fruit, vegetables, and dairy and meat products, which focus on convenience and fresh produce.

Meanwhile, hypermarkets and discounters are forecast to keep growing fast in Bulgaria in 2016/17, with Kaufland and Lidl expected to hold leading positions and increase their market shares this year. Convenience stores are expected to be the third fastest growing channel for grocery retailers.

The retail sector’s leader is the German discounter Kaufland, which in 2015 held a market share estimated at 13.2%, followed by Metro with 7.1%, Lidl with 6.3%, and Billa with 5.5%. The only local player among the lead retailers is Fantastico, which currently operates 38 outlets situated only in the capital city Sofia.

A new player, the largest Macedonian food retail chain KAM, recently announced an ambitious plan to enter the Bulgarian market by opening 20-25 outlets by the end of 2016 and as many as 80 outlets by 2018. It will apply a ‘hard discount’ model. KAM’s current outlets import from Greece, Turkey, Germany, Italy, and other European countries.

“KAM self-defines as the Macedonian version of Aldi and also aims to take as much of the share freed up after Penny’s withdrawal,” the report says.

Bulgarian consumers are known as traditionally price sensitive. The report says this is not surprising given Bulgaria is the EU country with the lowest GDP/capita. In recent years, retailers have thus striven to lower prices while maintaining quality in order to increase sales.

Consumer price consciousness is expected to dominate in the next few years due to projections for no significant improvement in job creation in medium term as well as negative predictions about the demographic situation and expectations for up to 3% decline of population, the report says. (The country’s population last year was around 7.2 million, according to tradingeconomics.com.)

According to Euromonitor data and local sources, in 2015 the retail market was estimated at nearly 10 billion leva (U.S. $5.7 billion).

At the time of the Gain report’s preparation, the number of modern grocery outlets in Bulgaria stood at 4,225, which accounted for just over a tenth of all grocery retail outlets.

The remaining 45% or almost BGN 4.4 billion (U.S. $2.5 billion) was held by almost 35,900 traditional grocery outlets throughout the country.