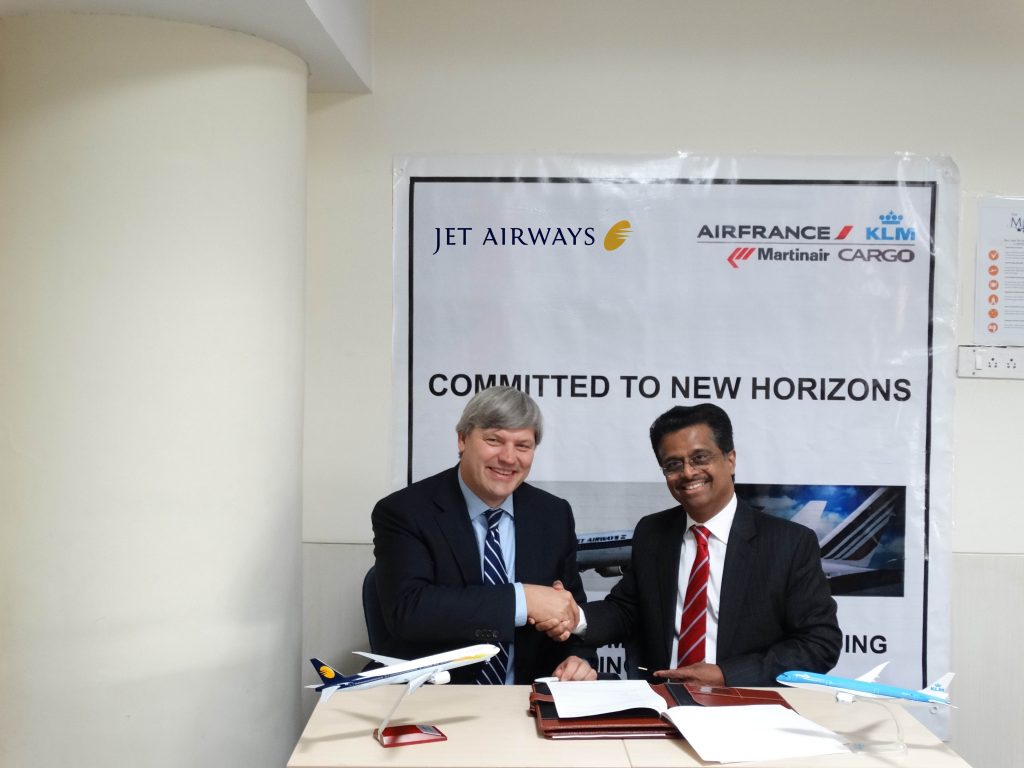 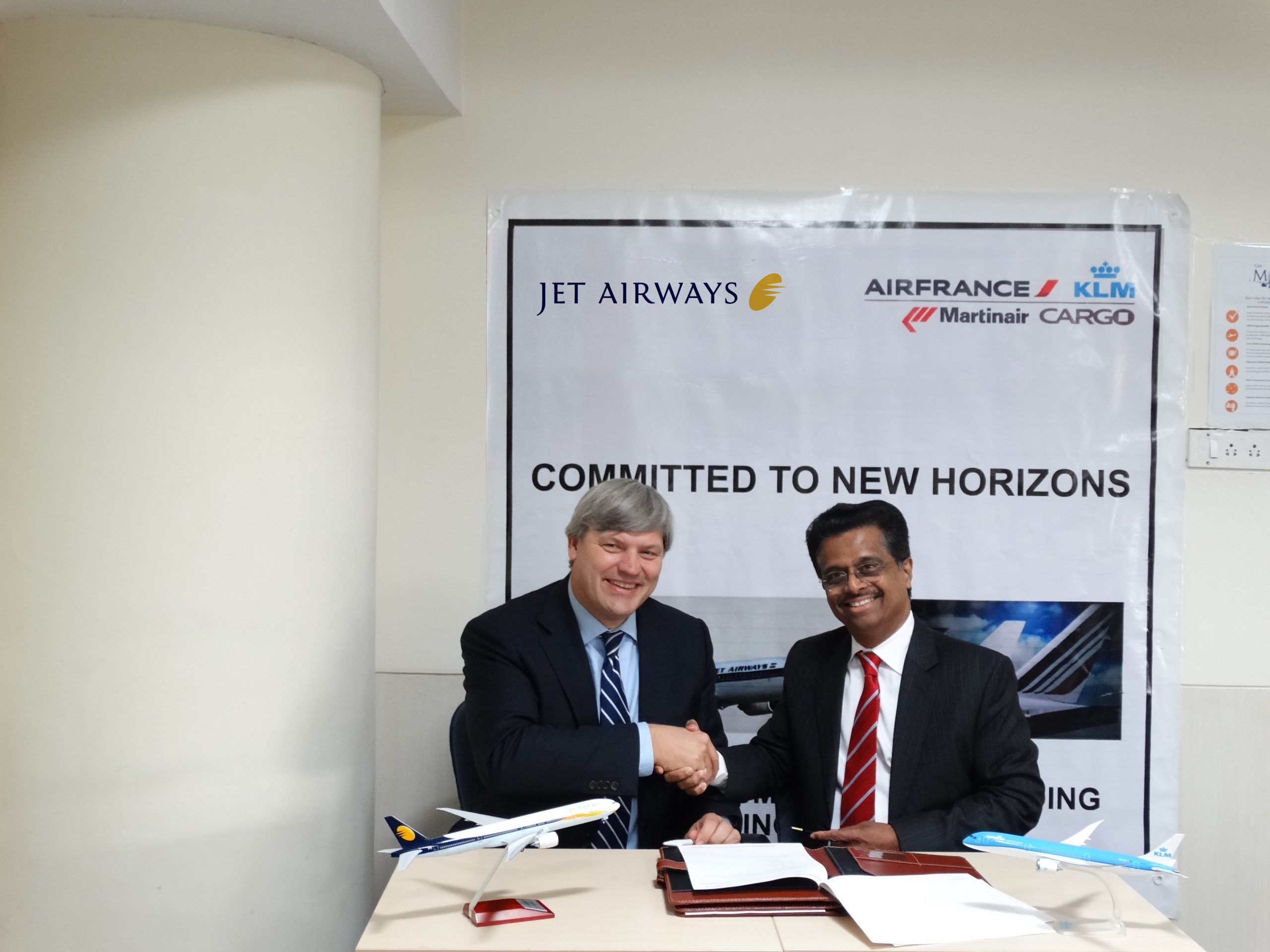 Jet Airways Cargo (9W Cargo) and Air France KLM Cargo (AFKL Cargo) have announced that they have signed a Memorandum of Understanding (MoU) with the objective to shape and further strengthen their existing cargo cooperation.

The signing of the MoU is especially significant, as it complements the positive developments that have been evolving on the passenger side of the business via the ongoing codeshare agreements between the partner carriers. Since the beginning of the codeshare agreements on the passenger side, the combined cargo handled by the partners has more than tripled during the period and continues to evolve.

Under the scope of the MoU that seeks to deepen the cooperation between the partners, both parties will endeavour to link and leverage their respective route networks in order to enable them to create and offer expanded high-value cargo services, as well as new and innovative products tailored towards the needs of specific industries such as Pharmaceuticals, Express and E-commerce, aside from individual clients.

Elaborating the strategic nature of the MoU, Pradeep Kumar, Sr. Vice President, Jet Airways Cargo, said, “We share the ambition to jointly explore and exploit the vast opportunities in the air cargo market via mutual synergies in the areas comprising our routes and networks, as well as warehousing amongst others. We also intend to work closely to co-create new and industry-leading products and services for our clients.”

The MoU will enable the partners to offer a comprehensive set of higher value services that are complementary including those on high frequency routes as well as bringing in new and unique destinations into the servicing framework via their respective hubs and gateways, both in India (Mumbai and Delhi) and in France (Paris-Charles de Gaulle) and The Netherlands (Amsterdam Schiphol).

Marcel de Nooijer, EVP Air France KLM Cargo said, “This agreement stipulates again the importance of strong partnerships in the air freight market. With the dynamic developments in India, we are excited to offer new opportunities to our customers and strengthen our global network towards the Indian freight market. Together with the Jet Airways, we will work on new possibilities!”

With the aim of eventually creating an integrated commercial and operational cargo cooperation model between India and Europe, the partners will work through several steps that will comprise synergising their respective cargo networks, bringing in efficiencies in warehousing, exchanging capacities and making blocked space arrangements.

Jet Airways Cargo and Air France KLM Cargo will also collaborate to optimise and expand volumes from emerging Indian markets such as Bengaluru and Chennai where intercontinental connectivity by direct services has recently been enabled.

The Air France KLM Group is a global airline group with a strong European base. Its main areas of business are passenger transport, cargo transport and aeronautical maintenance.

Air France KLM is the leading group in international air traffic from its hubs Paris Charles de Gaulle (CDG) and Amsterdam Airport Schiphol (AMS), which are ranked among the Top Three European cargo hubs. With a fleet of 534 aircraft and 93.4 million passengers carried in 2016, Air France KLM provides service to 320 destinations in 114 countries.

In 2016, Air France Cargo and KLM Cargo and our hubs (CDG and AMS) obtained the IATA CEIV certification, providing service excellence to the pharmaceutical industry.

Jet Airways, together with Air Serbia, Air Seychelles, Alitalia, Etihad Airways, and NIKI, participates in Etihad Airways Partners. Etihad Airways is part of the Etihad Aviation Group, which also holds minority investments in each of these airlines.