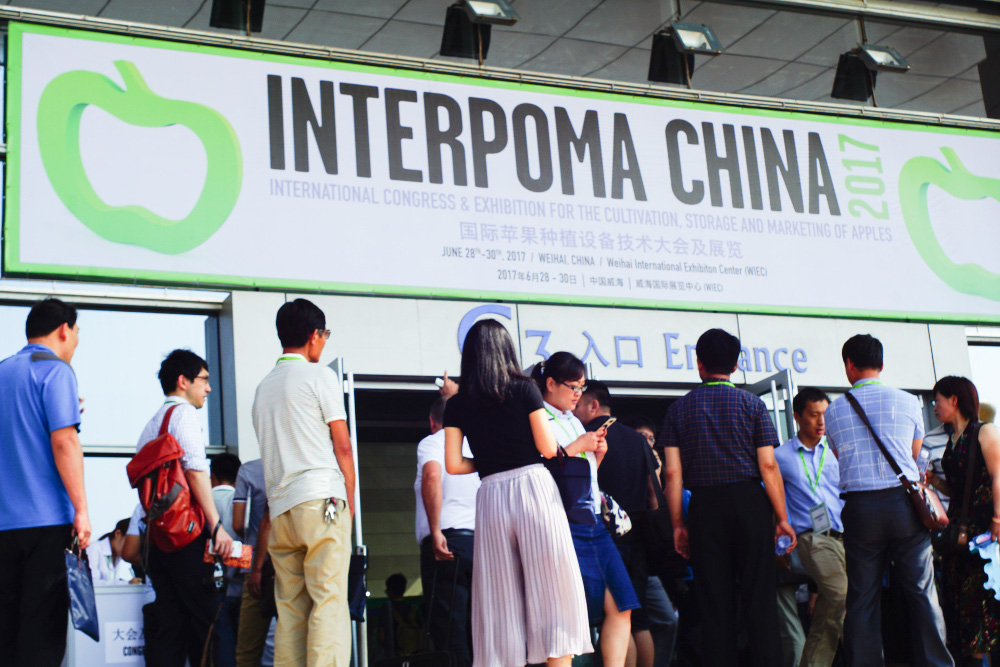 The first Interpoma China has been a success, offering the international exhibitors that followed Interpoma in this new adventure the opportunity to familiarize themselves with the Chinese market and hosting two thousand people at the Weihai International Exhibition & Conference Center on the Shandong peninsula in June 2017. That’s why Fiera Bolzano is ready to launch the second edition of Interpoma China Congress & Exhibition from 27th to 29th of June 2018.

China is one of the leading apple growing countries with a total production of 40 million tons (in 2014) and 2,320,000 ha of apple orchards and offers a giant market with endless opportunities. The rapid modernization of China’s way of cultivating apples, fuelled by large-scale investments calls for new pest control procedures, new machineries and equipment, new technologies and means of production.

Fiera Bolzano Exhibition Center has organised the first Interpoma China as a conference and exhibition on the cultivation, storage and marketing of apples. Two thousand visitors were able to enjoy an offer of 70 companies in an exhibition space covering 5,000 square meters, half from China itself and half from nine other countries: Belgium, Chile, France, Germany, Iceland, Italy, Israel, Korea and the Netherlands.

“The first Interpoma China was an important step to find out more about the world’s largest apple market and to forge new contacts in the Chinese market. This presence in China has raised the networking importance of the parent Interpoma event in Bolzano as the most important forum of the apple-growing economy”, explains Thomas Mur, Director of Fiera Bolzano.

Shandong is the most important apple production area in China with a harvest of 9.3 tons of apples a year. But over 90% of all orchards still lack protection against hail, birds or frost, less than 20% of them have fertigation facitites and the degree of mechanization still lies under 30%. Interpoma China Congress & Exhibition is also meant to be the platform for international companies from the apple industry in 2018.

Interpoma China Congress & Exhibition not only offers exhibiting possibilities in the modern exhibition center of Weihai, but also an international congress featuring renowned speakers from all over the world, organized with the help of numerous partners such as the Fruit Tree and Tea Leaf Workstation of Weihai, the China Council for the Promotion of International Trade, the China Chamber of International Commerce, the Weihai government and the Apple Industry Association of Weihai.