Add
Company news
The decline of the pear production in Europe for the coming season was one of the conclusions of the Interpera webinar, the international pear congress.
Tue 29/06/2021 by A.R.E.F.L.H 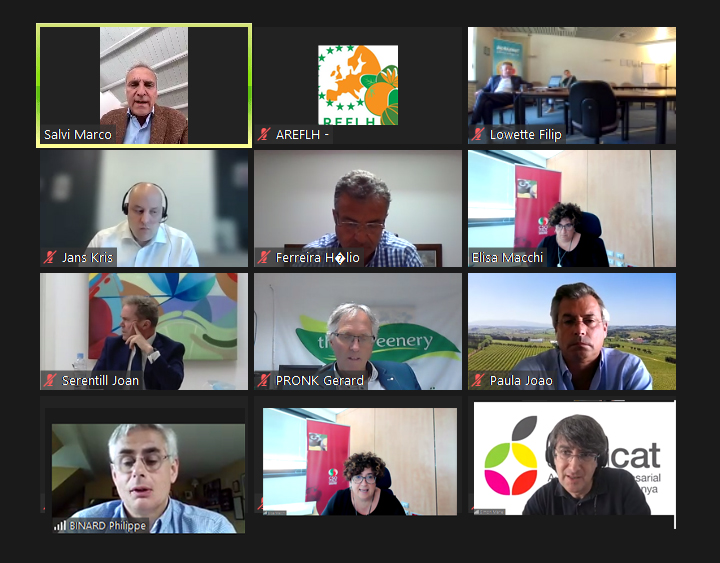 During today’s digital edition of the congress, AREFLH, the main organiser of the event, brought together 20 speakers from the 6 main producing countries in Europe: Italy, France, Belgium, Netherlands, Spain and Portugal. The data announced and detailed by the experts during the production session of the webinar, all indicate that Europe is expecting a significant drop in its pear production for the 2021 campaign. The widespread frosts in March and April will cause a fall in volumes in all production basins, with the exception of Portugal. For example, this drop is estimated at -50% for France and -30% for Belgium.

Beyond the past and future campaign, the second focus of Interpera was on trade.

Members of the import/export roundtable considered that the estimated drop in production will force good planning of the season in order to avoid leaving markets and customers destitute.

The third and final part of the congress highlighted pear consumption trends in Europe. Demand was satisfactory during the health crisis, but it is regrettable that a pandemic is needed to stimulate the consumer’s desire for a healthy diet.

The speakers at the round table agreed that communication on the pear (on its health benefits, on its flavour) remains the key to boosting the market. Interpera is thus launching the challenge of encouraging consumption among young people, particularly through social networks, and the challenge of innovating to obtain new varieties, to broaden the visual and taste offer.

The Interpera steering committee very much hopes to be able to meet up with the main players from the sector again next year in a face-to-face event in Rotterdam, where the congress will be organised by the Dutch Produce Association (DPA), if the health situation in Europe allows it.