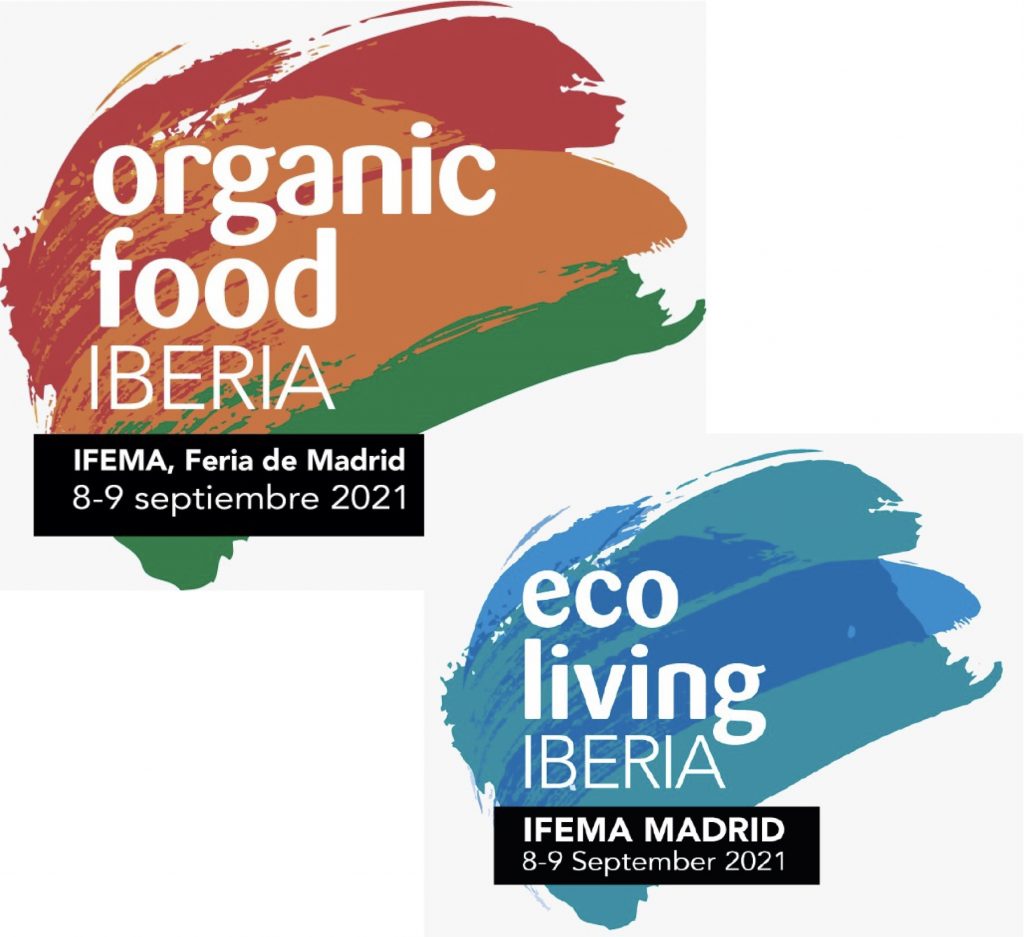 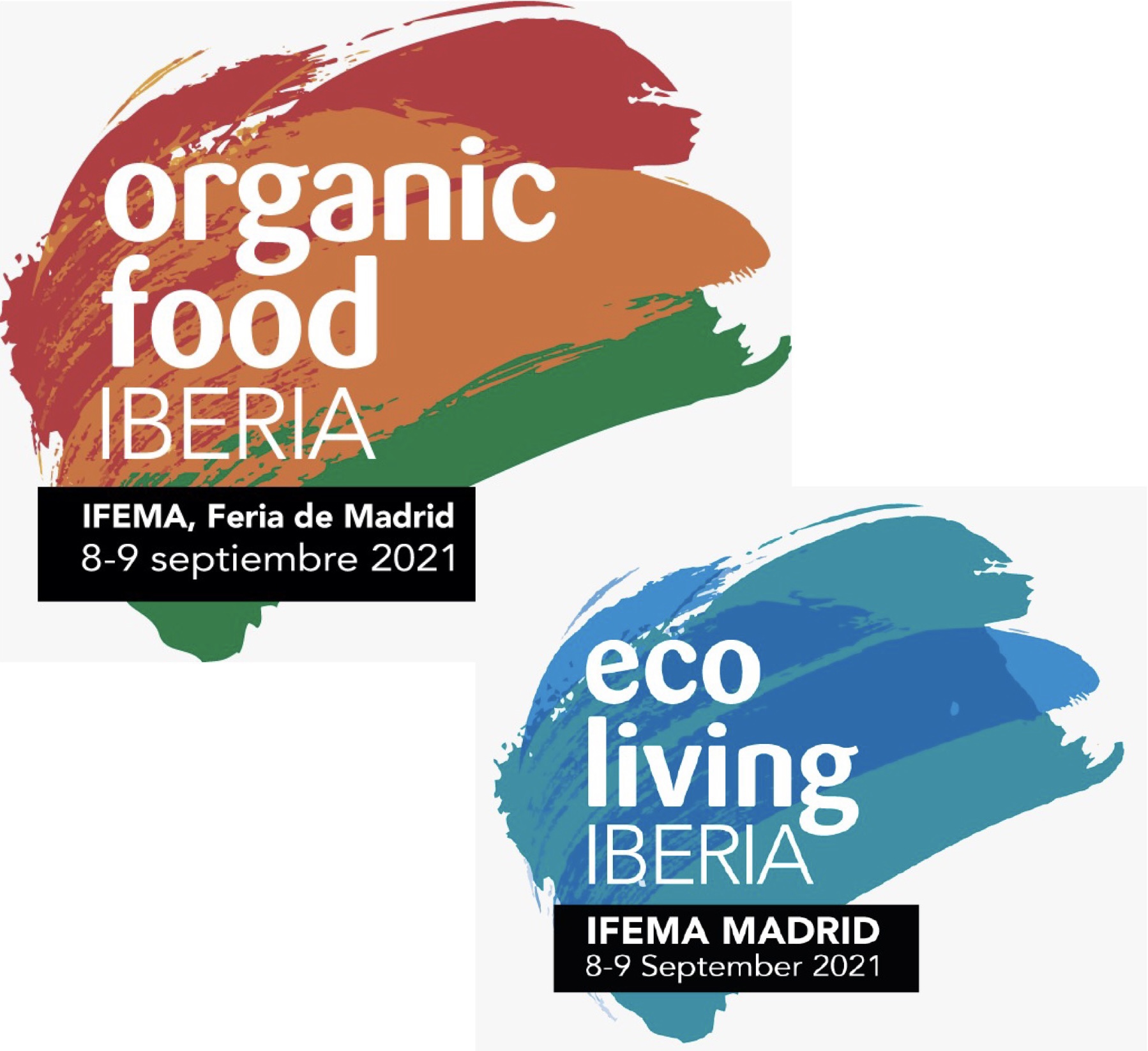 It has been confirmed today that Organic Food Iberia will take place at IFEMA MADRID on 8–9 September 2021, providing a major boost for this successful and growing sector.

Organic Food Iberia was launched in 2019 as a partnership between Diversified Communications and IFEMA MADRID and was hailed as an overwhelming success. The event gained significant media interest and an impressive 5,240 professional attendees from Spain, Portugal and the rest of Europe, who came to meet nearly 500 exhibitors. The event’s success led to it being named as one of the top 20 trade events in Spain by Instituto de Coordenadas de Gobernanza y Economía Aplicada.

According to ECOVALIA’s latest industry report, the last year has seen organic sales in Spain surge by 35%, with organic territory increasing by 38% over the last five years, and the number of staff employed by the industry growing by 40%. Spain also holds the title of Europe’s biggest organic producer, and it is number three in the world, so there is no better time to celebrate this sector.

Last year, the Covid-19 crisis stopped the event from taking place, but following conversations with supportive exhibitors, regions and buyers, there is a clear need for the show to take place this year, so that the industry can reunite, network, do business and recognise the increasing importance of the sector.

Commenting on the announcement, Diego Granado Cumbres, Secretary General of ECOVALIA, the premier sponsor of the event, said:

“as the Premier Sponsor of Organic Food Iberia, the main event for organic production in southern Europe, we are excited about the decision to stage the fair from September 8–9. Organic Food Iberia will be the first face-to-face agri-food fair to be held in our country after a hard year and it will have a positive impact on an economy in need of exciting and dynamic connections.”

Those views were echoed by many, including one of the event’s main regional supporters, Mireia Mollà Herrera, Counsellor at Agricultura, Desarrollo Rural, Emergencia Climática y Transición Ecológica, Generalitat Valenciana, who said:

“Organic production is having a massive positive impact on people and the planet. This positive impact is attracting a young audience, which is, in turn, driving forward sustainable production within the agri-food industry. We have therefore chosen Organic Food Iberia, on the 8–9 of September, as the main opportunity to meet professional buyers and producers from the region of Valencia following the pandemic.”

The hospitality sector is also fully behind this year’s event, as José Luis Yzuel, President of Hostelería de España expressed:

“Organic Food Iberia, returning in September, is a date you cannot miss for this industry because the future of hospitality will cross paths with sustainability. The return of Organic Food Iberia indicates a future of recovery, and the hospitality sector must be part of this to make sure we connect with shifting client tastes toward organic.”

Support from participants of the first event was universal, with Rocio Babio Rios, Gestora Compras at Gadisa Retail S.L.U., saying:

“We discovered a great variety of products, so we were very happy with our visit. We’d love to come back.”

News of the event’s return was also welcomed by exhibitors with Laia Anés, Executive Director of Mapryser saying:

“Organic Food Iberia is the show we are all waiting for after such a long wait, where we will be able to meet again with all the operators in the sector.”

“I very much look forward to meeting again with potential partners and contacts in person, and we would like to thank other exhibitors and the organizers for their courage in trying to turn this event into reality.”

Commenting from Portugal, Jamie Ferriera of Agro-Bio described their 2019 participation as:

“a major opportunity for producers in Portugal and Spain to showcase some of the best organic food and wine in the world to domestic and international buyers. It’s a very important development for our sector, which will help put the Iberian Peninsula on the map as one of the most important organic producing regions in the world.”

September’s event has already attracted significant support from exhibitors, with confirmed pavilions including Andalucia, Madrid, Valencia, La Rioja, Castilla La Mancha, Portugal, Austria and Ecovalia. Once again, the event will include several keynote theatres hosting influential industry speakers, as well as the popular Innovation Zone, a Hosted Buyer Programme supported by ICEX, and the thrilling ECO & Organic Awards Iberia, celebrating the very best innovations that the sector has to offer.

Organic Food Iberia takes place alongside Eco Living Iberia, making it the most prestigious trade event for organic and sustainable living in the Iberian Peninsula. Registration will open at the end of May, with the full programme of live events being announced in July.

Organic Food Iberia is a trade-only event and is open to domestic and international trade buyers.