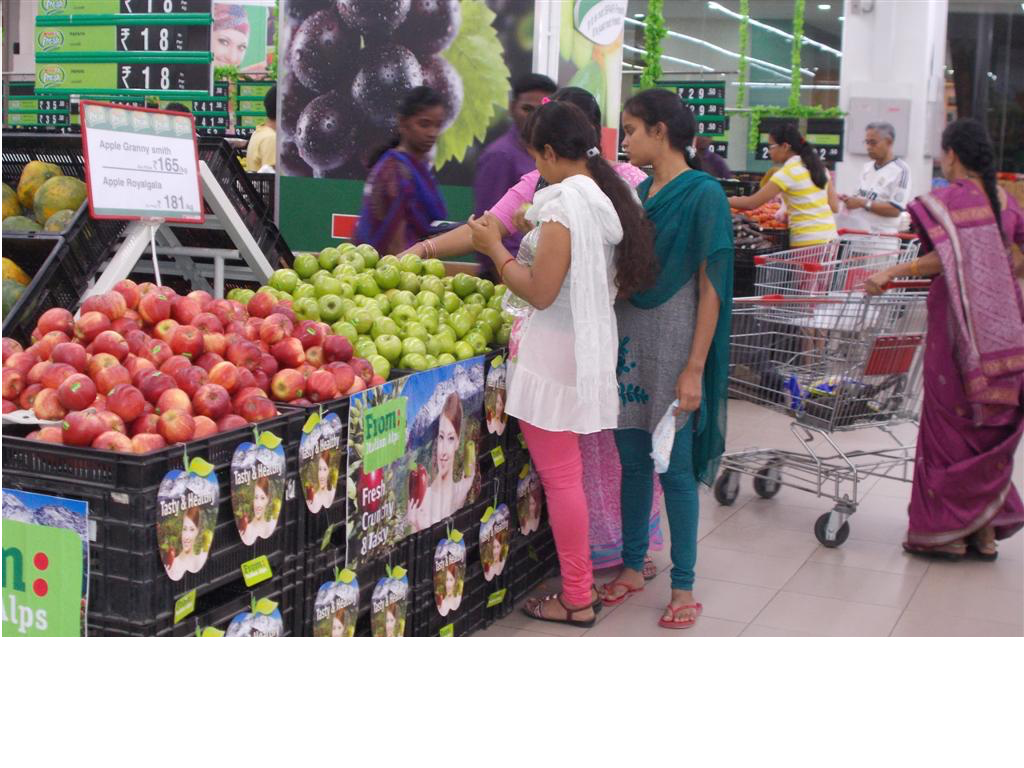 Even though India is one of the world’s largest apple producers, increased demand by the country’s growing middle class requires imports. Indeed, the apple is the largest imported fruit in India. Consumption is estimated at 2.24 million tons in 2017/18, up slightly from 2.23 million tons. Only 2% of this amount is processed, and 12% is lost to spoilage or waste.

In 2017/18, India’s apple imports are set to fall by around 5% to 0.35 million tons. This comes after a period of constant growth following the removal of trade barriers in April 1999.  Most of the drop is attributable to a temporary ban on Chinese apples and pears in India, only partially offset by increased imports from the US. In 2016, total apple imports into India were recorded at US$237 million, 44% of which came from China, with 23% coming from the US, and 14% from Chile. In 2015, US apples had 54% of the imported market share, followed by China (14%) and Chile (10%). In 2016/17, the average unit price for fresh apples from New Zealand imported into India was US$940 per ton, while the price of US apples was US$1,125 and Chinese apples cost US$840.

Imports of fresh apples (HS Code 080810) face a basic tariff of 50% and a phytosanitary certificate needs to be presented to Indian Customs during clearance. On May 1, 2017, following detection of insects in Chinese horticultural exports to India, the Indian Ministry of Agriculture and Farmer Welfare’s (MAFW) National Plant Protection Organization (NPPO) issued a letter temporarily suspending imports of Chinese apples and pears. India was the largest importer of Chinese apples in