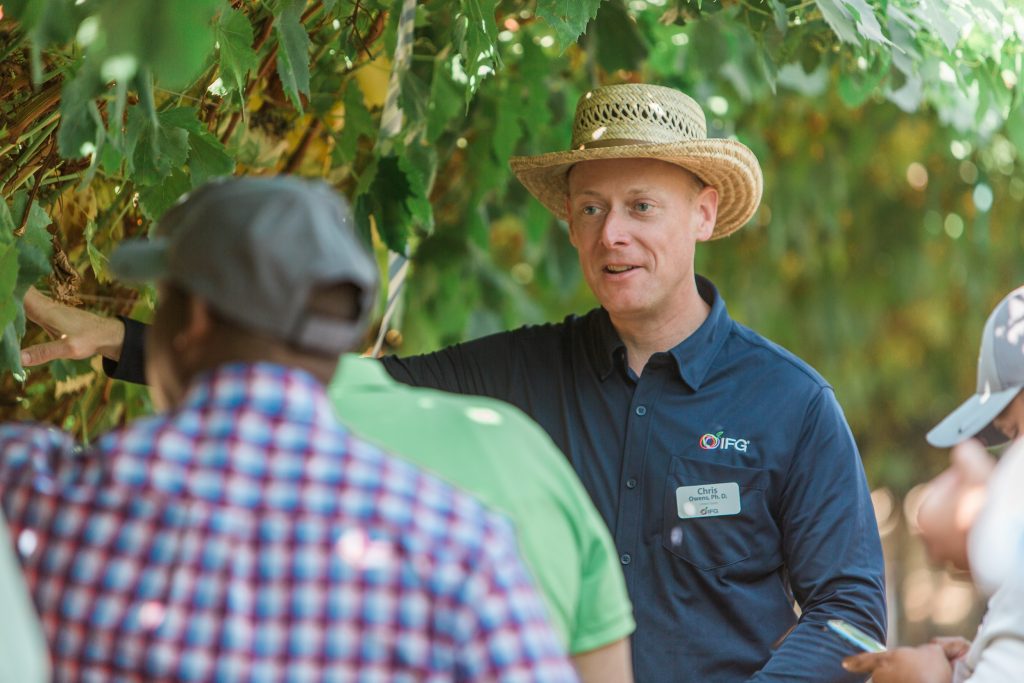 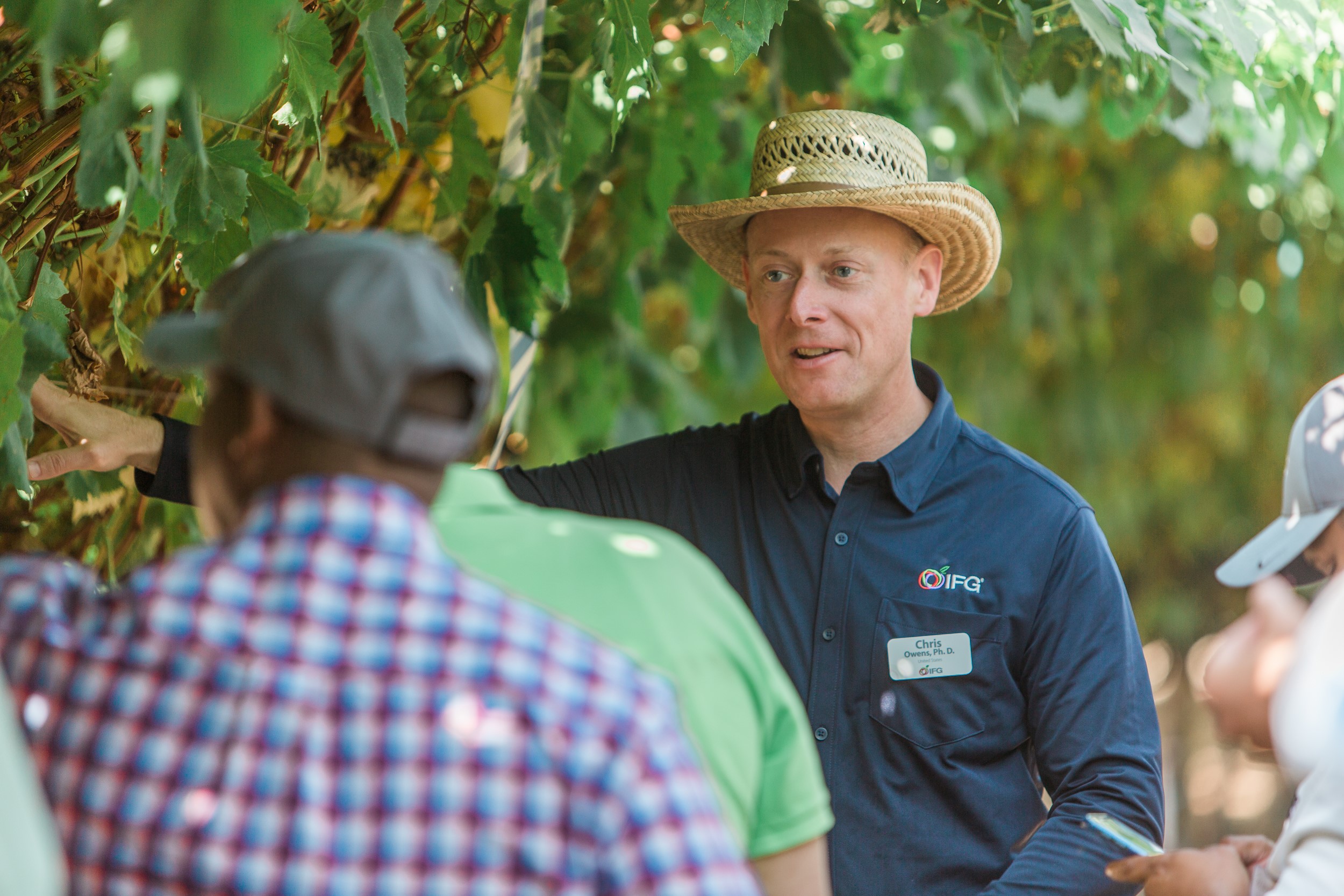 Climate change has been affecting many different regions around the globe for decades, and the shift in weather is impacting fruit production. Areas that are being impacted most severely have historically seen significant effects from climate change. However, there are other areas also being affected, such as the North-Western United States and Western Canada with this year’s unprecedented heat. There have also been severe wildfires in many regions, threatening entire fields of crops.

The regions facing the most issues right now are those that are already battling heat and drought. Some areas in Europe have begun moving wine grape vineyards further north or to a higher elevation, adjusting to the planet’s changing climate. Table grapes themselves are more heat tolerant, and IFG’s breeding program has used the most recent heatwave to screen our varieties for heat tolerance. However, there is still a maximum amount of heat that fruit can tolerate, and as climate change continues to alter the environment, it will affect global agriculture and food production.

Climate change is the shift of average weather conditions over time and has been chiefly caused by human activity. The increase of carbon dioxide in our atmosphere allows for more of the sun’s rays to pass through the atmosphere, increasing the temperature on the planet. The result of these shifts can be severe or extreme weather events, such as more frequent and intense storms, flooding, scorching heat waves, freezing cold snaps, wildfires, and water shortages. Growers are witnessing their entire fields of crops damaged in one swoop.

Climate change has a direct impact on our global food supply. Changes in the weather affect the locations where products can be grown, thereby impacting the capacity for farmers to produce the food necessary to feed the world’s population. Fruits and vegetables are living organisms that respond to warm and cold temperature changes. Anything that will make significant changes to the environment will have considerable impacts on agriculture.

What fruit scientists, horticulturists, and growers are doing differently

From breeding to growing to packing, each area has different courses to cope with climate change. On the breeding side, efforts are being made to develop varieties that can tolerate rain and heat to varying stages of the production cycle. IFG is working on this for our table grape and cherry crops, and other fruit breeders are working on the same for crops such as apples and pears.

Growers are also implementing new irrigation system technology to be more efficient while protecting their crops from the rapidly changing environment. They are utilizing soil humidity sensors, reflective covers to reduce water evaporation, shade nets to protect the crops from excessive sun exposure, and even rain covers to protect the fruit from rainstorms. These efforts may be enough to protect against hot or cold temperatures or drought; however, they will not save crops from being destroyed by extreme weather events such as wildfires, storms, or floods.

Predicting the future of fruit production

Due to climate change and recent developments in fruit-breeding programs, farmers are avoiding planting in higher-risk areas. The industry is seeing increasing growth of planting in regions where certain fruit varieties were not grown in the past. Jalisco in Mexico or Piura in Peru are examples of developing table grape regions. This change in geography is also evident in other crops, such as blueberries and cherries, with the recent introduction of low-chill varieties. Growers will undertake the enormous task of moving their fruit to new areas if the heat or drought is too difficult for production. Conversely, suppose the land cannot provide the necessary chill requirements or secure water supply. In that case, we can expect growers to move to untraditional growing areas, as evident in the regions where IFG’s cherry varieties are currently being grown.

Climate change is at the forefront of many conversations in agriculture, which is why IFG does the work we do: breeding new varieties of fruit that will grow in warmer climates with less water requirements. As the planet changes, there is the possibility that we will see less fruit production. IFG is focused on breeding varieties that ensure consistent cropping in a changing climate.

Dr. Chris Owens has been with IFG since 2016 and is now the Lead Plant Breeder, directing the development of improved varieties of table grapes and sweet cherries. He also directs IFG’s research and development efforts supporting the breeding program, including post-harvest evaluations, plant pathology and genetics. Chris interacts closely with the international technical and commercial teams with the goals to accelerate the adoption and maximize the success of IFG’s new varieties.

Chris holds a BS in horticulture from the University of Maryland, an MS in pomology from Cornell University, and a PhD in plant breeding and genetics from Michigan State University. Prior to IFG, Chris spent more than 20 years in germplasm development, breeding and genetics of both grapevines and cherries. The author of numerous book chapters and scientific articles, he has presented research results at national and international conferences and served on professional societies’ advisory committees.