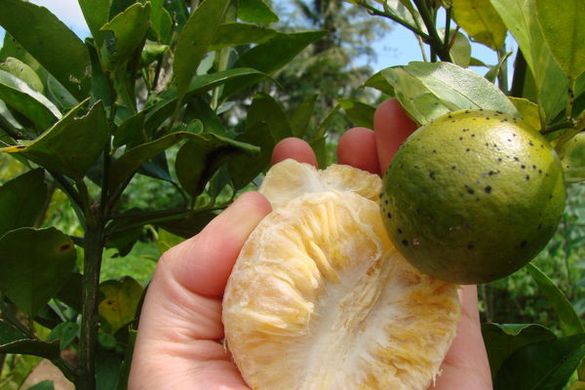 The Comité de Gestion Citricos (CGC) warns that the arrival of the HLB bacteria would make the Spanish citrus industry disappear in 15 years. A report based on data on the progress of this disease in Florida (USA) warns that its settlement in Spain would halve domestic production within seven years. The insect that spreads this disease – which has no cure and that kills the trees in a few years –has extended its presence from Galicia to Lisbon (Portugal). The exporters demand immediate action to stop the rapid expansion and to reinforce the control to imported material that could be contaminated.

Citrus greening or Huanglongbing (HLB) is the main threat to citrus growing, but the Mediterranean is the only large productive area that, for the moment, has not been affected by the emergence of this bacterium. The situation turned upside down in 2014, when the presence in Galicia was confirmed, not of the disease but of one of the two vectors known to be capable of transmitting it, the Trioza erytreae. In 2015, the Portuguese authorities discovered another focus of this insect near Oporto. Today, four years later, this psyllid from Africa has travelled almost the entire Atlantic coast between La Coruña and the Lisbon area, 190 km from the first Spanish citrus plantations (Huelva) and only 170 km from the main producing province of citrus fruits of Portugal, the Algarve. Aware of the seriousness of the situation, the Citrus Management Committee (CGC), the national association that brings together private citrus exporters, has estimated the economic impact derived from the possible entry of this pathogen into the Spanish citrus industry. Their conclusions, given the inexistence of a cure and the experience contrasted in Florida (USA) -whose evolution has been extrapolated – are almost apocalyptic: in 7.5 years from its possible entry, the production of oranges, tangerines and lemons would be reduced by half (from 7 to 3.6 million tons) and in 15 years the citriculture would become a residual crop.

The report is based on the complete historical series of production data from 28 seasons in Florida, which is the only one that is available at that level of detail from among the main citrus powers affected by the disease (such as Mexico, Brazil, South Africa, La India or China). In the US state, the presence of the HLB was confirmed in 2005 but the disease must have settled years before: in the campaign 1997/98, Florida reached its production record with 12.3 million tons. At present, this figure has been reduced to 25%, with a little more than 3 million tons (see attached graph). In view of this progression, it is estimated that the production of Florida – the first producer of orange juice in the world – could disappear in the 2024/25 season (if there are no solutions to alleviate the disease beforehand).