Add
Hail storms have destroyed over 1,500 hectares of stone fruit orchards in Murcia’s Cieza, Calasparra and Jumilla localities, according to Onda Regional.
Tue 26/04/2022 by Richard Wilkinson 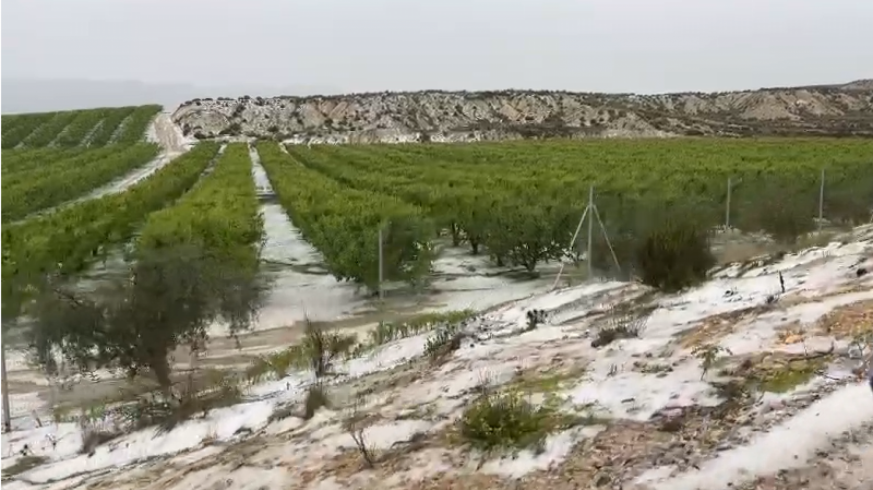 The damage reached up to 100% of the harvest in some plots of nectarine, apricot and plum. Although the sector in these areas has a high level of insurance, the hailstorm leaves many small farmers without income this year, according to the agrarian organisation UPA.

The fruit was well advanced in its development in some plots, where harvesting was planned to commence in just 20 days. UPA has called once again to review the current agricultural insurance system, which is supported in part with subsidies from the state and the autonomous communities. According to Moreno, insurance coverage is ever less and does not respond to the needs of farmers. UPA calls for a more profitable insurance system, adapted to the reality of climate change and with greater safety for producers.